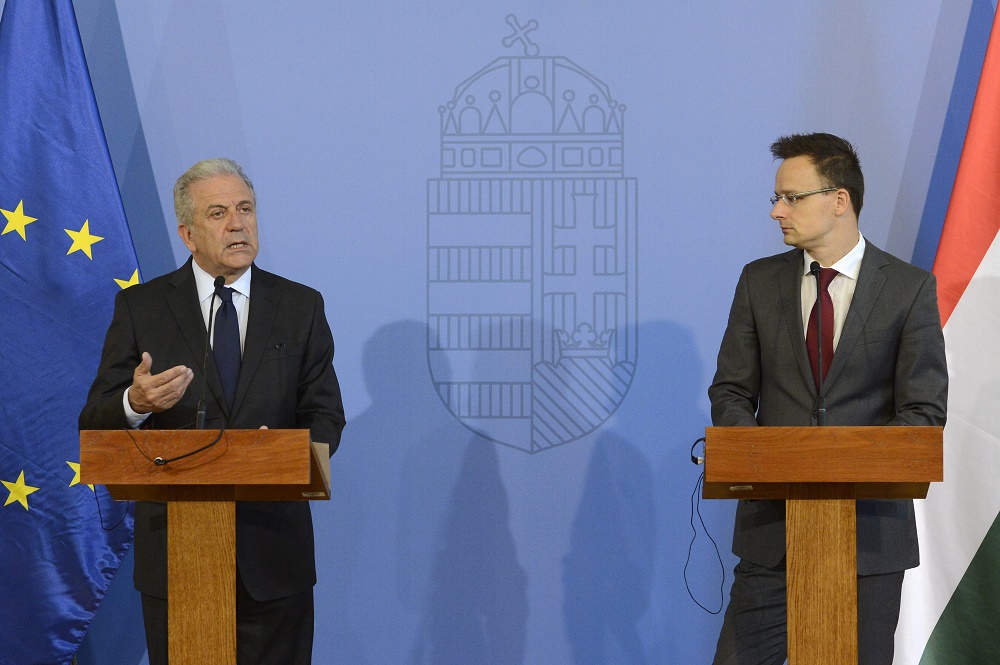 In his address, Szijjártó said that people passing through safe countries to reach Europe could not be considered as refugees, adding that migration was not a basic human right. He also said that the security of Europeans comes first, Menczer said.

Menczer said it was apparent that the EU commissioner, “a pro-migration extremist”, was offended by the foreign minister’s remarks and “threatened” countries that rejected cooperation with Brussels in relocating refugees in Europe.

In his address, the foreign minister said it was extremely important that all decisions on migration must remain at the level of national sovereignty, and these decisions must be respected by other countries, Menczer said. Szijjártó also said Hungary firmly rejected the policy that supports migration as a solution to the problems of population decline and a shortage of labour.

Migration is the wrong response to these problems, Szijjártó said, adding that Hungary, however, respected the decisions of other countries and expected to be treated the same way.