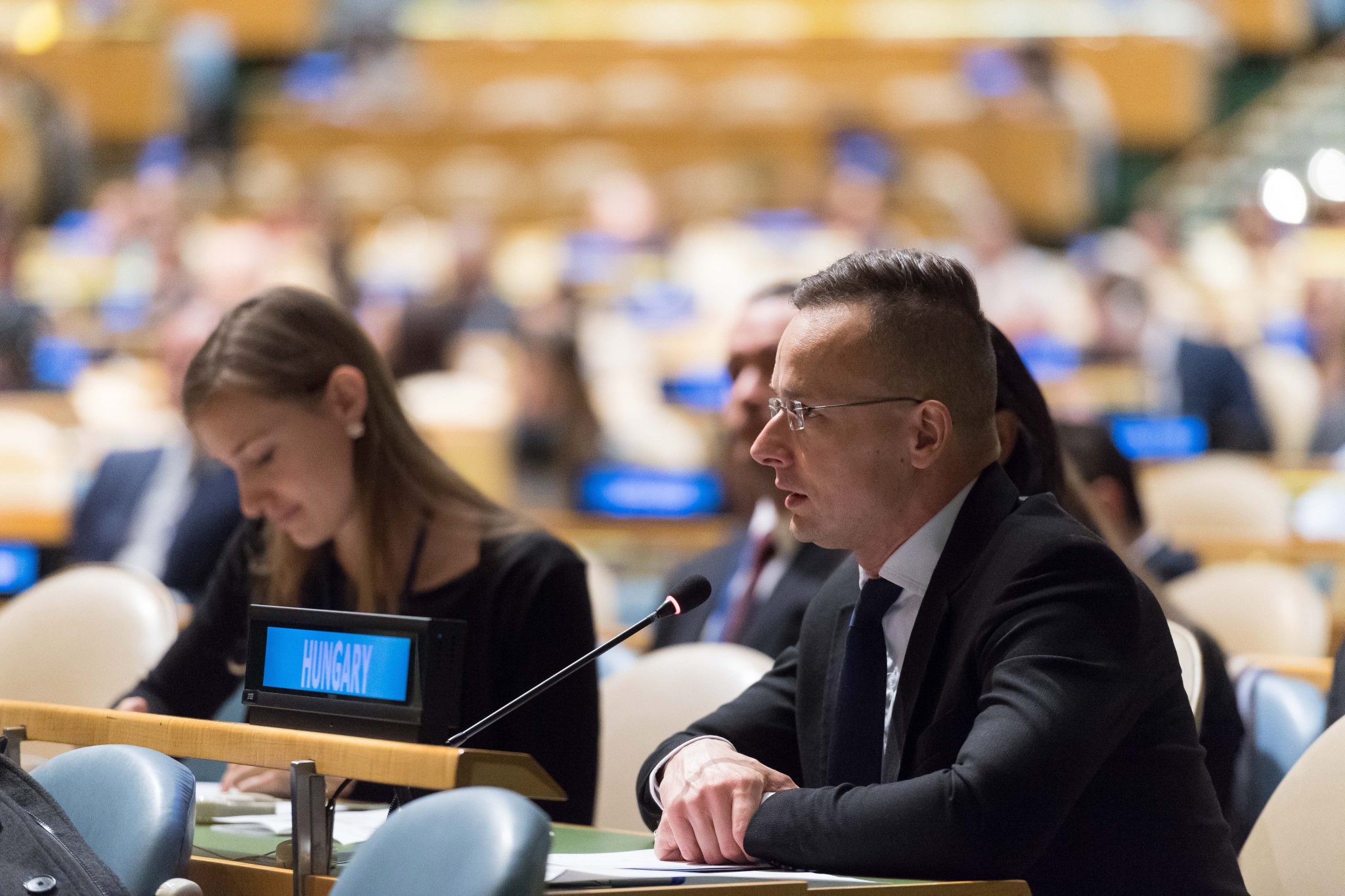 Hungary, along with some like-minded countries, including Poland, makes every possible effort so that the United Nations’ global migration package should not become a basis of reference in international law, Péter Szijjártó, Hungary’s foreign minister, told a UN General Assembly session focussing on human rights on Wednesday local time.

“What we said last year, after Hungary, the United States, Poland, the Czech Republic, Israel and Brasil had rejected the UN global migration package, has come true. It was already obvious at the time that the UN, backed by the European Union, would try to implement piecemeal what it had failed to reach in one go,” the minister said.

Since then, the United Nations has drafted a series of resolutions that referred to the global migration and refugee packages, making repeated attempts to incorporate them into international law as a basis of reference, he said.

Hungary’s position is clear. The global migration package should neither fully, nor partly become part of international law”

The minister warned that the resolutions “being churned out” by the UN now practically relativise border defence and portray it as a human rights issue. For Hungary, however, border defence is a matter of sovereignty and security, he said, adding that violating borders, and supporting and finding excuses for border violators are unacceptable.

The UN resolutions in the pipeline, however, will promote migration and encourage people to choose the country where they wish to live and get there by violating the borders of dozens of countries, Szijjártó said.

“This approach is unacceptable to us. It is clearly laid down in international law that those who are forced to escape from their homeland should flee to the first secure country and stay there until they can safely return home. The United Nations, however, promotes that those who escape from or leave their country for any reason should be able to go freely, even to the other corner of the world,” he said.

An uncontrolled wave of refugees, the minister said, would pose a serious threat and security risk to the global community, especially to the transit countries of migration.

Szijjártó said that illegal migration could offer a chance for terrorist organisations to spread their extremist ideologies and militants worldwide.