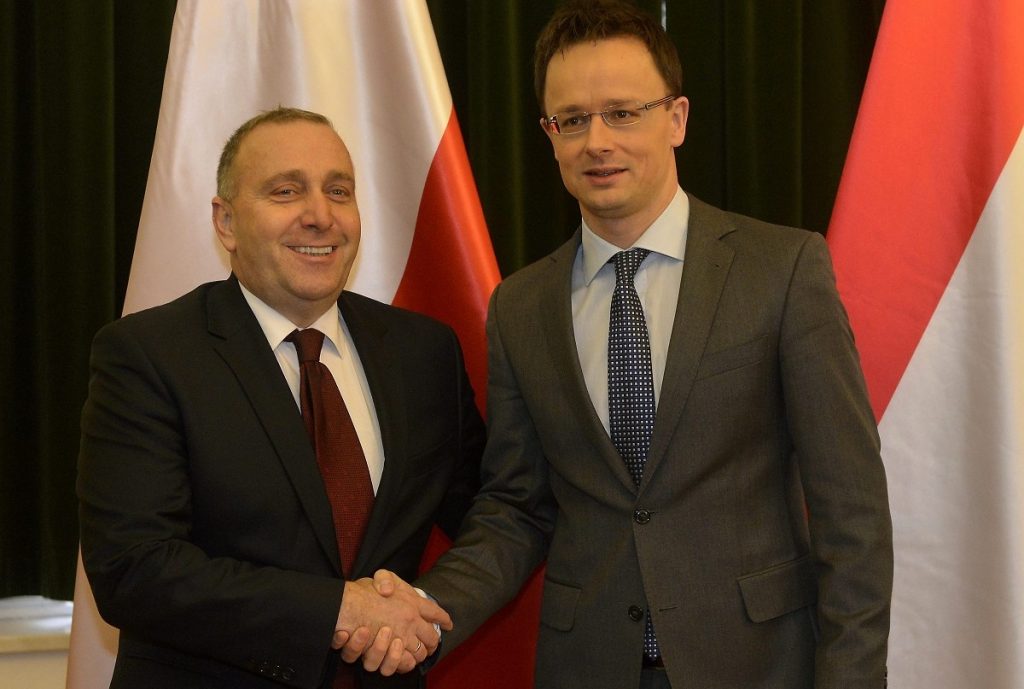 Hungary’s Foreign Minister Péter Szijjártó has welcomed the recent Ukraine ceasefire agreement. Speaking at a press conference held jointly with his Polish counterpart Grzegorz Schetyna in Budapest, Szijjártó said implementation of the agreement should be closely monitored and its achievements evaluated. Hungary is interested in a peaceful resolution of the Ukraine conflict and settlement must be achieved through negotiations, Szijjártó said.

He insisted that any supply of arms to Ukraine would escalate the conflict, and added that Ukraine’s territorial integrity and sovereignty as well as its borders recognised by the international community “cannot be questioned”.  Concerning an upcoming visit by Prime Minister Viktor Orbán to Ukraine, Szijjártó said talks would focus on bilateral relations as well as opportunities for Hungary to assist Ukraine in its structural reforms.

On the subject of Hungary-Poland ties, Szijjártó said that the two countries were strategic partners, and have “always seen eye to eye on cardinal issues”. The minister voiced hope that that agreement would continue in the future, too. Schetyna said the friendship between Hungarians and Poles was a basis for central Europe’s cooperation. “Though there may be different views  in foreign policy, the two countries will  always come to an agreement,” he said. The Polish foreign minister said he shared Hungary’s position supporting a peaceful political resolution of the Ukraine crisis.