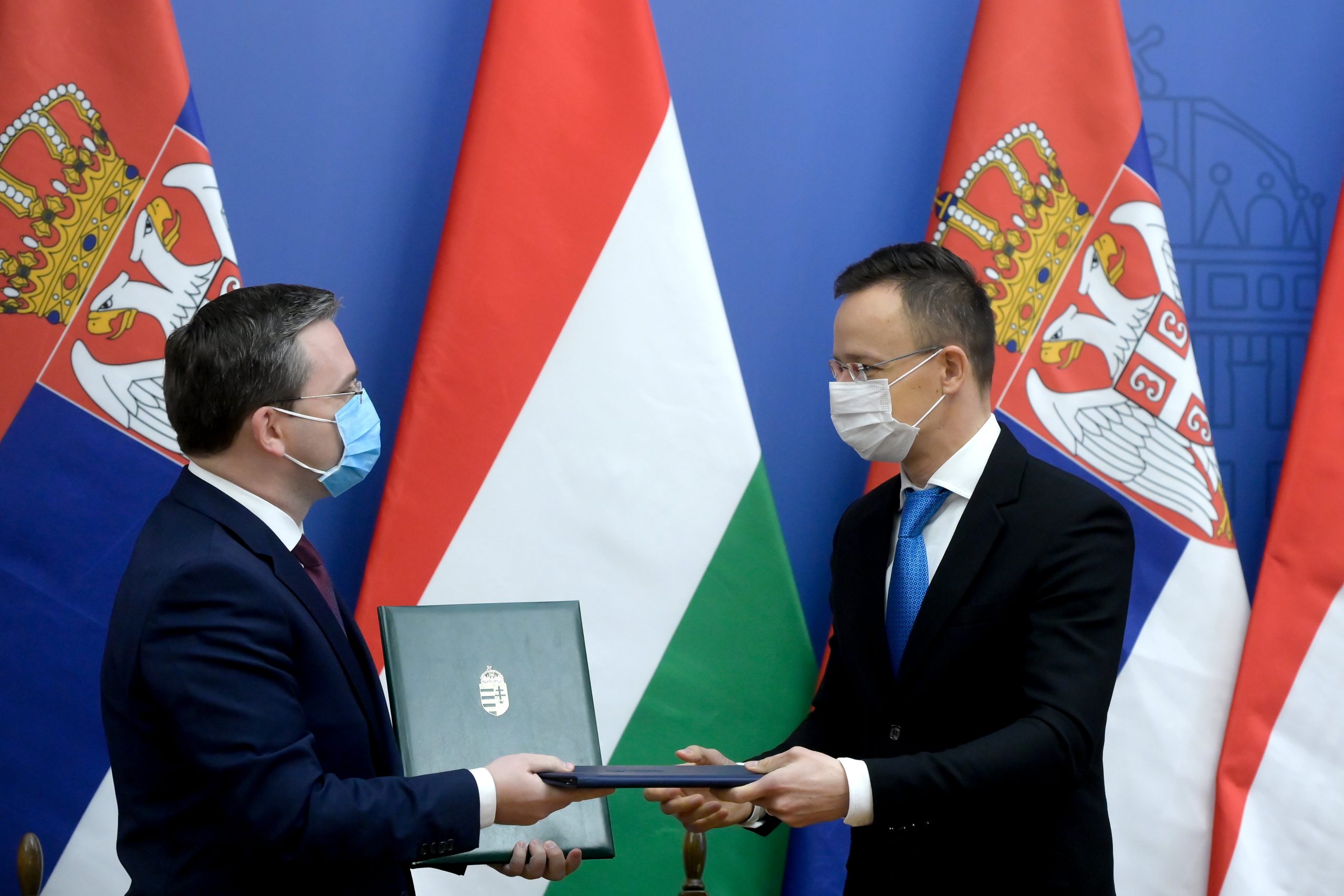 Ties between Hungary and Serbia have never been as good as now, Foreign Minister Péter Szijjártó said on Friday and noted recent efforts to improve those relations.

Szijjártó spoke after talks with Nikola Selakovic, his Serbian counterpart, and said that the two countries were closely connected through a shared history, a Hungarian community in Serbia, as well as joint projects.

The many existing ties between Hungary and Serbia mean that their economies will grow together over the coming years, Szijjártó said.

Péter Szijjártó, Hungary’s foreign minister, has welcomed that Serbia’s governing coalition remained in office after the elections. “It is an even better news that the new Serbian government counts on the participation of Vojvodina Hungarians in the coalition’s future work,” Szijjártó told Hungarian public media during his visit to Belgrade on Thursday. The Serbian parliament […]Continue reading

Concerning the upgrade and extension of the Szeged-Szabadka (Subotica) rail line, Szijjártó said the two countries had agreed to have the project completed by the spring of 2022.

He said the Budapest-Belgrade rail line would be the fastest route for Chinese goods shipped into Greek ports to western Europe.

As regards energy affairs, Szijjártó said gas supply was always a critical issue for Hungary and central Europe as a whole. New gas pipelines are being built between Turkey and Europe that will traverse Bulgaria and Serbia, he said, noting that the section linking the Hungary-Serbia border with the national gas pipeline network would be completed by October next year.

On another subject, the minister said Hungary’s economic development scheme geared towards Vojvodina has generated 116 billion forints’ worth of investments.

None of Hungary’s neighboring countries respect the rights of their Hungarian minority communities more than Serbia, Szijjártó said. He noted that Serbia’s government has involved the Alliance of Vojvodina Hungarians (VMSZ) in its work and allowed the Vojvodina provincial parliament to have a Hungarian speaker. 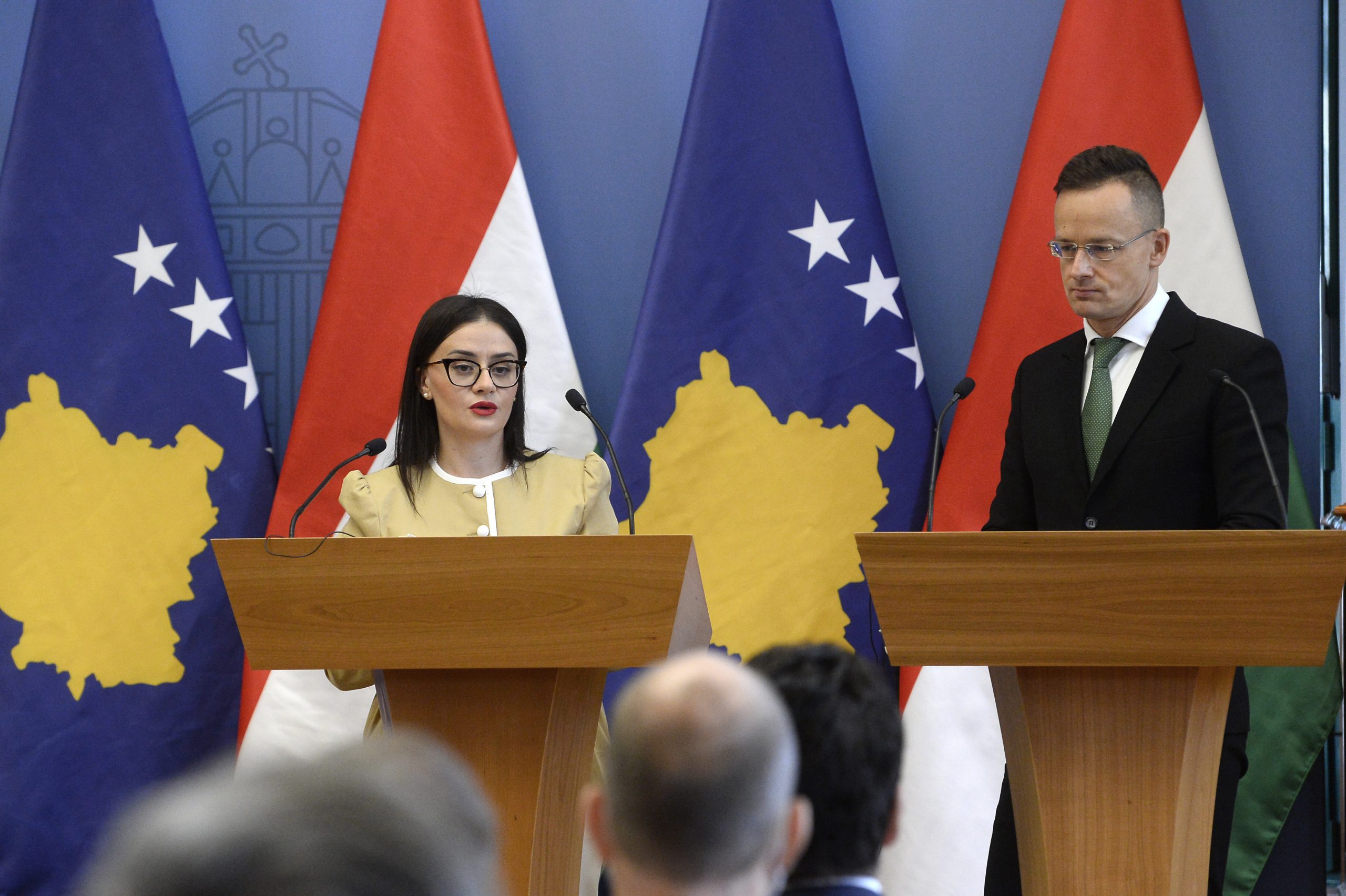 Hungary sees the European integration of the Western Balkans as its strategic interest, Foreign Minister Péter Szijjártó said after talks with Meliza Haradinaj-Stublla, Kosovo’s minister of foreign affairs and diaspora, in Budapest on Thursday. Having peace and progress in the Western Balkans is in Hungary’s interest, Szijjártó told a press conference he held jointly with […]Continue reading

This, Szijjártó said, made it “all the more unacceptable and outrageous” that Brussels “wants to lecture Serbia on the kind of rights it should give minorities”.

If Hungary’s European Union neighbors treated the Hungarian minority community living on their territory the way Serbia does “the Carpathian Basin would be a happier and calmer place”, he said.

Szijjártó called Serbia the key country of the Western Balkans, saying its accession to the EU was in the interest of not just itself but also Europe and Hungary.

In response to a question, Szijjártó said Serbia was prepared to open five EU accession chapters, adding that he saw no reason why they had not yet been opened.

Selakovic said that the two countries had recently built a “strong and excellent friendship”.

Selakovic said his country was grateful for Hungary’s support in the process of its European integration, saying Hungary had helped Serbia have its voice heard in Brussels. He also thanked Hungary for the help it had provided Serbia in protection efforts against the coronavirus epidemic.

On another topic, the minister said minorities helped connect Hungary and Serbia. Serbia aims to guarantee Hungarian minorities the rights they are entitled to by law, he said, praising Hungary for calling attention to this at every European forum.

Selakovic also said Serbia and Hungary have signed an agreement under which Hungary and Serbia could mutually deploy diplomats at the other country’s embassies.