Hungary does not consider Russia poses a direct security threat to its territory but understands and respects that other NATO member states think differently, Foreign Minister Péter Szijjártó said in Brussels on Wednesday after a two-day session of NATO foreign ministers.

As a committed NATO member, Hungary has always been loyal to its allies, Szijjártó told Hungarian journalists.

Hungary has contributed to NATO’s reinforcement actions on its eastern wing and will continue to help to boost the Baltic states’ “security and sense of security”, he said.

If Hungary is loyal to its allies, it can rightly expect them to follow suit if the rights of Ukraine’s ethnic Hungarian community are “systematically and grossly violated”, Szijjártó said. 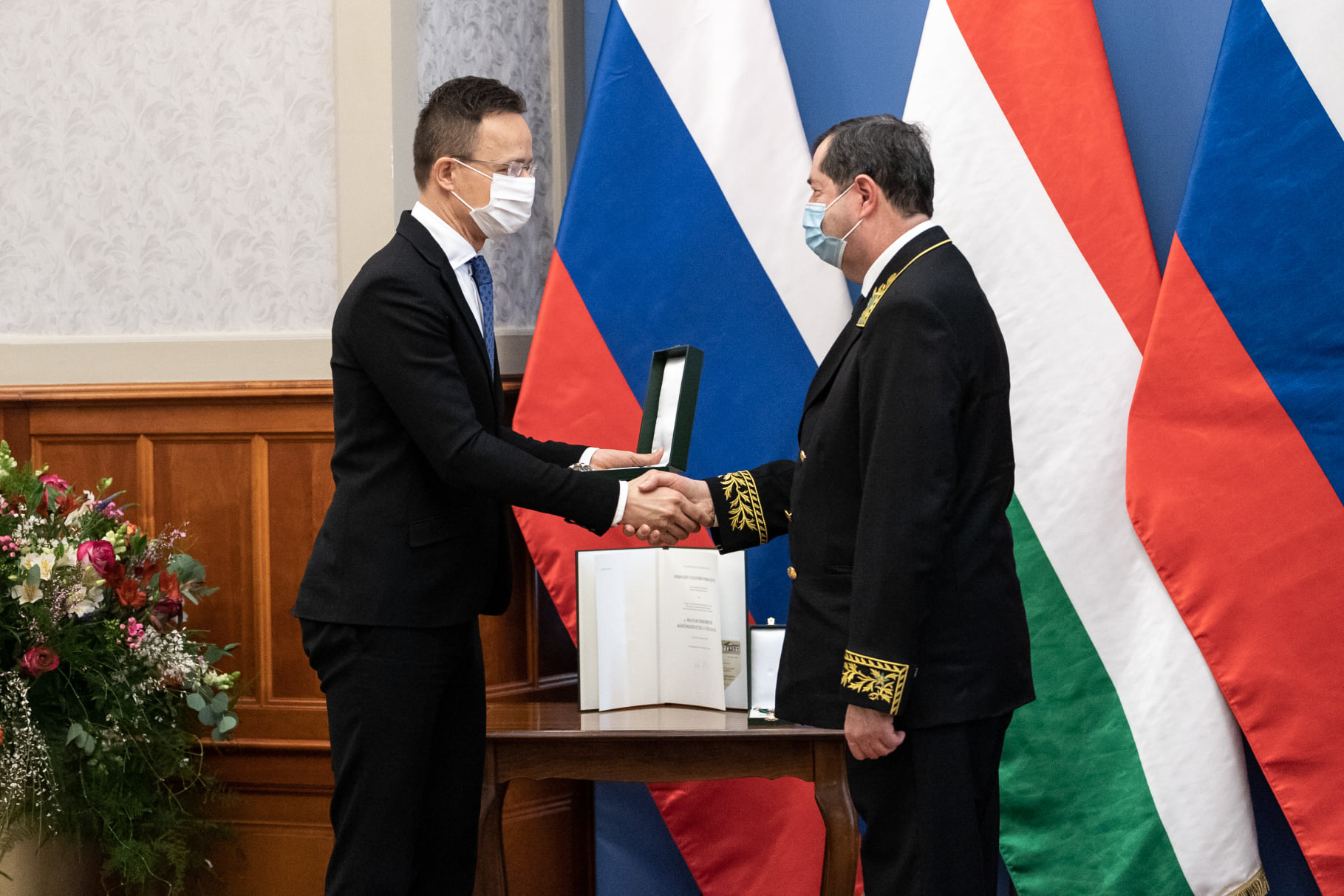 Foreign Minister Péter Szijjártó on Tuesday handed the outgoing Russian Ambassador, Vladimir Nikolaevich Sergeyev, the Order of Merit of the Republic of Hungary, Middle Cross with the Star. At the event, Szijjártó said that Hungary aimed to develop mutually beneficial ties with Russia based on mutual respect. Hungary has economic and security interests in such […]Continue reading

“Hungary will always take a stand for the rights of ethnic Hungarian communities, irrespective of their size,” the minister said.

Nor can Hungary accept any reference to Russian presence in Ukraine as an excuse for the violation of Hungarian minority rights, Szijjártó said. Transcarpathian Hungarians cannot be blamed for what is under way in eastern Ukraine, he added.

Hungary expects its allies to make it clear for Ukraine that meeting its obligations, including respect for minority rights, is a precondition for it to more closely cooperate with NATO, Szijjártó said.

Concerning central Europe’s energy supply, the minister said that the countries in question would need new infrastructure and new supply routes to be able to purchase gas from new sources.

To diversify their energy import, they would require financial support for the construction of new gas pipelines and that the companies concerned should make a strategic approach and not only a financial one.

The minister expressed hope that the channels of communication with Russia would remain open for the discussion of crucial issues and that the level of East-West confrontation would decrease in the period to come.

“We, central Europeans have a vested interest in a civilised and calm East-West dialogue based on mutual respect,” he said.

In response to a question, Szijjártó said Hungary’s choice of anti-coronavirus vaccines had never been motivated by ideological considerations.

“It is high time that ideologically motivated anti-vaxx propaganda were discontinued both in Hungary and abroad,” he said.