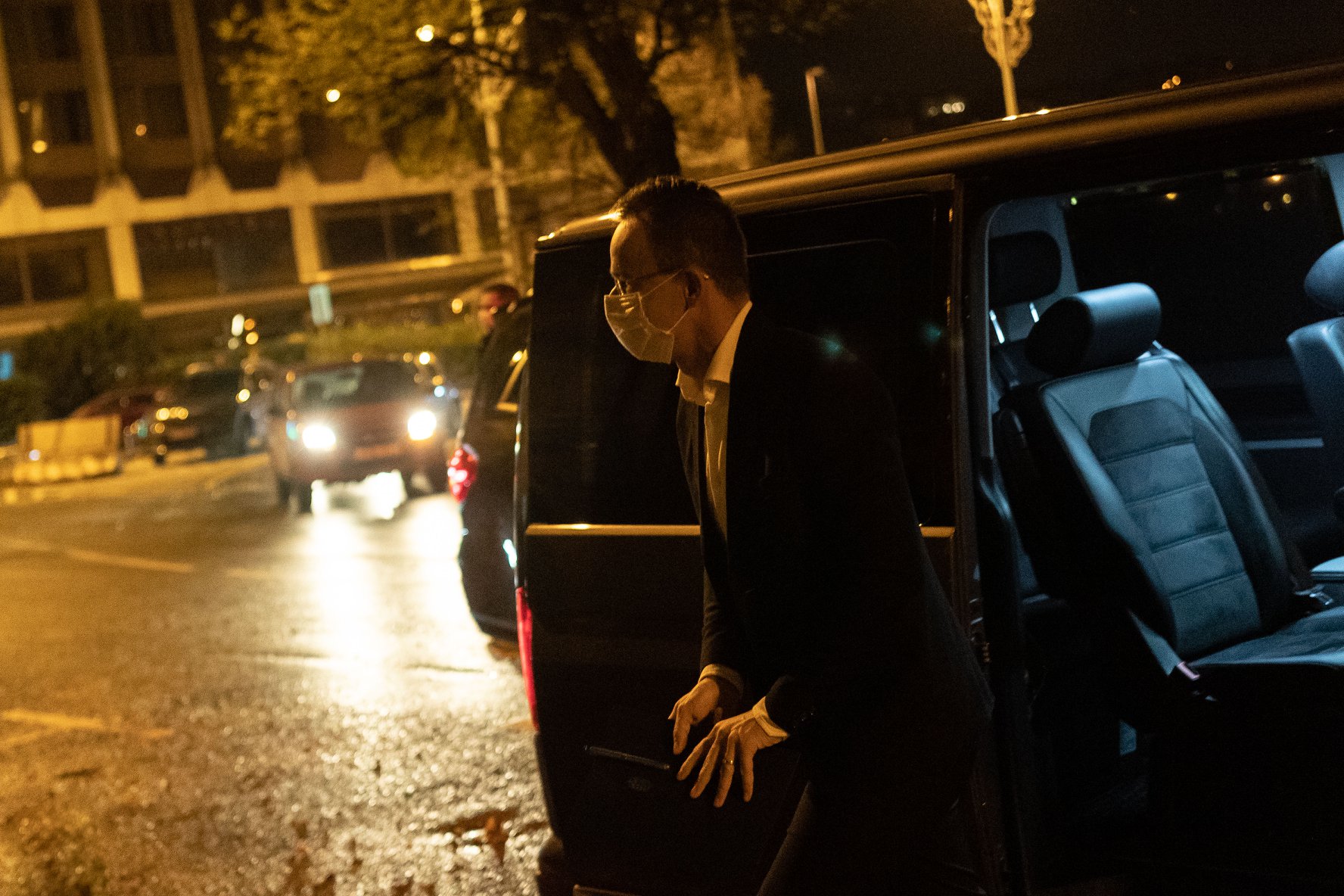 Foreign Minister Péter Szijjártó has finally recovered from the coronavirus infection after 17 days. Following his second negative test result, he announced that he can reunite with his family and will stop his ‘quarantine diary’ that he wrote on his official Facebook page, reporting on his days and work in home office.

Foreign Minister Péter Szijjártó tested positive for coronavirus during his official engagements in Asia more than two weeks ago. The minister tested positive when arriving in Bangkok after an official visit to Cambodia. Following the news of Szijjártó testing positive, the Cambodian government decided to allow anyone who came in direct contact with the delegation during the visit to have a coronavirus test and be quarantined in accordance with health ministry guidelines.

Related article
FM Szijjártó on Testing Positive: 'I don't wish this situation to anyone'

All Cambodian officials produced negative coronavirus tests a day after meeting the Hungarian delegation led by Foreign Minister Péter Szijjártó, who later tested positive for the virus, local media reported on Thursday. However, several of them entered voluntary quarantine after the visit. According to Szijjártó, Thai authorities agreed on his return to Hungary and he […]Continue reading

After his return to Hungary, Szijjártó entered quarantine and expressed his thanks for the messages he received on his official Facebook page, as well as “the worries, the prayers. Let’s say that I don’t wish this situation on anyone. I hope it won’t be longer than ten days,” he wrote. However, the virus hit the minister harder and he spent a total of 17 days in quarantine with flu-like symptoms. At some point, the minister looked really ill and unwell. Even PM Orbán joked during an online meeting that “they say you have an industrial amount of coronavirus in your system,” and Szijjártó admitted that the concentration of the virus in his body was among the highest the doctors had registered lately. Orbán even said that “You are lucky that you are so young. If you were older, it could kill you.”

The minister announced on Facebook yesterday that he had produced a negative test for the second time in the afternoon. “I’m past the longest and hardest seventeen days of my life,” he wrote in the post, adding that “it is an insidious and sneaky virus. From the bottom of my heart, I wish everyone to avoid it! Take care of yourselves!” Since then, the foreign minister re-joined his colleagues at the meetings of the operative board in person.

According to the Cambodian health ministry, 1,166 people have been tested for COVID-19 in Cambodia after the minister’s visit. Two senior Cambodian officials and Csaba Őry, the Hungarian Ambassador to Cambodia and Vietnam were diagnosed with the virus. However, for safety reasons, several Cambodian government leaders and officials still entered into a two-week voluntary quarantine. In addition, Cambodia took immediate action- the country locked down schools, bars, and cinemas in the capital.

A Hungarian diplomat in Bangkok who tested positive for Covid-19 had caught it from Foreign Minister Péter Szijjártó, local public health institute, the Department of Disease Control (DDC) confirmed. The Foreign Ministry refutes the claims, saying that since Szijjártó tested negative right before his trip no one can rightly say he infected others. DDC said […]Continue reading

Szijjártó later expressed “deep” regret and sent an apology to his Cambodian counterpart Prak Sokhonn, for the hardships he caused. However, the Foreign Ministry repeatedly emphasized that Péter Szijjártó “tested negative right before his departure. Since he was traveling after a negative test, no one can rightly claim that he infected anyone in Cambodia.” Since then, schools have re-opened in Cambodia.