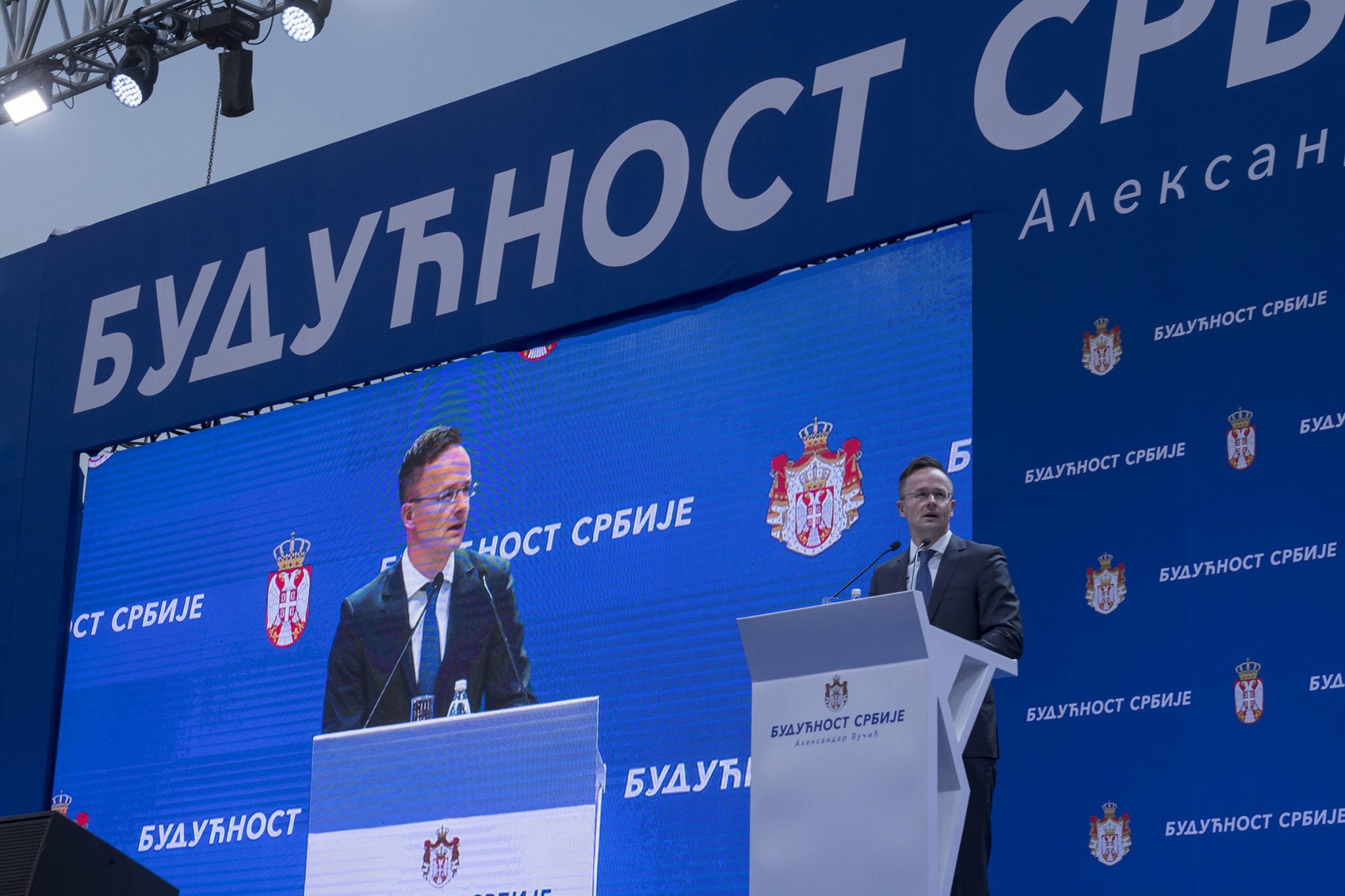 Serbia is becoming stronger thanks to the fact that “its leaders have not neglected their country’s national interests”, the Hungarian foreign minister told a rally of the Serbian president in Belgrade on Friday.

“We can establish that Serbs and Hungarians stand today as friends and relations between Serbia and Hungary have never been this good,” Péter Szijjártó told the event.

He said that central Europe was also becoming stronger and to become even stronger the region needed a strong Serbia.

Political stability is particularly important for both countries, he said, adding that Hungarians had great respect for President Aleksandar Vucic who he said regards Serbia’s Vojvodina Hungarians “a resource”.

“If it depended on us, Serbia would become a member of the EU as of tomorrow,” he said, adding that with that country’s accession the bloc would become even stronger.

The rally organised as part of Vucic’s “Future of Serbia” campaign was attended by an estimated 100,000 people.