Foreign Minister in Lebanon: Peace and Stability in Middle East Crucial for Hungary 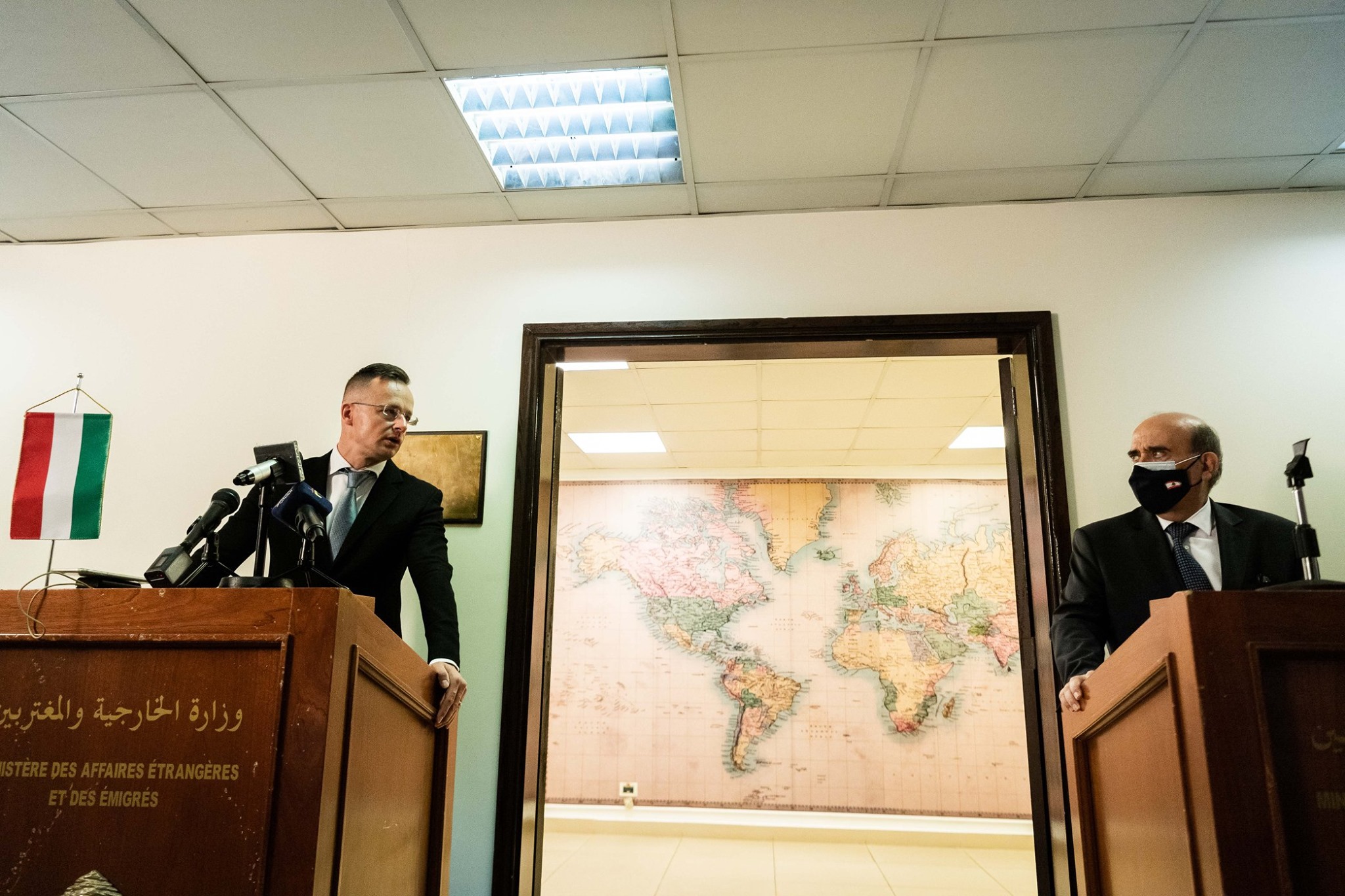 Peace and stability in the Middle East is crucial for Hungary, Foreign Minister Péter Szijjártó said in Beirut on Monday.

Stability in the region is inconceivable without peace and progress in Lebanon, therefore the European Union “should support rather than criticise that country,” Szijjártó said at a press conference held with former Lebanese foreign minister Gebran Bassil, leader of Lebanon’s biggest Christian party.

Concerning possible EU sanctions against Lebanon, Szijjártó said that in such cases he preferred “a direct flow of information” to “biased positions”.

“It would be very wrong if the EU, in this difficult situation, imposed sanctions on certain, democratically elected political players,” he said.

Hungary prefers a “fair and balanced approach” to Lebanon, even if it shares the view that a stable country needs a stable government, Szijjártó said.

He added, however, that setting up a government like that was Lebanon’s internal affair. For this reason, Hungary rejects all attempts to exert pressure on that country, especially the ones targeted at a party representing a religious community.

“Lebanon’s Christian community can always count on our assistance and support,” Szijjártó said, adding that aid should not be limited to rhetoric but manifested in actual deeds.

Last year Hungary’s government co-financed ten church, health and educational projects in Lebanon, and now it has donated 20 ventilators and 20,000 face masks to that country, Szijjártó said. He added that 16 Hungarian soldiers are serving in the local UN peacekeeping mission, and 50 Lebanese students a year get scholarships at Hungarian universities.

Foreign Minister Szijjártó said that the fight against the epidemic had resulted in great difficulties for many countries, especially those that were already suffering from various problems.Continue reading

Szijjártó called on the international community to support Lebanon in its fight against migration pressure. He stressed the need to eliminate the causes of migration and then enable refugees to return to their homeland.