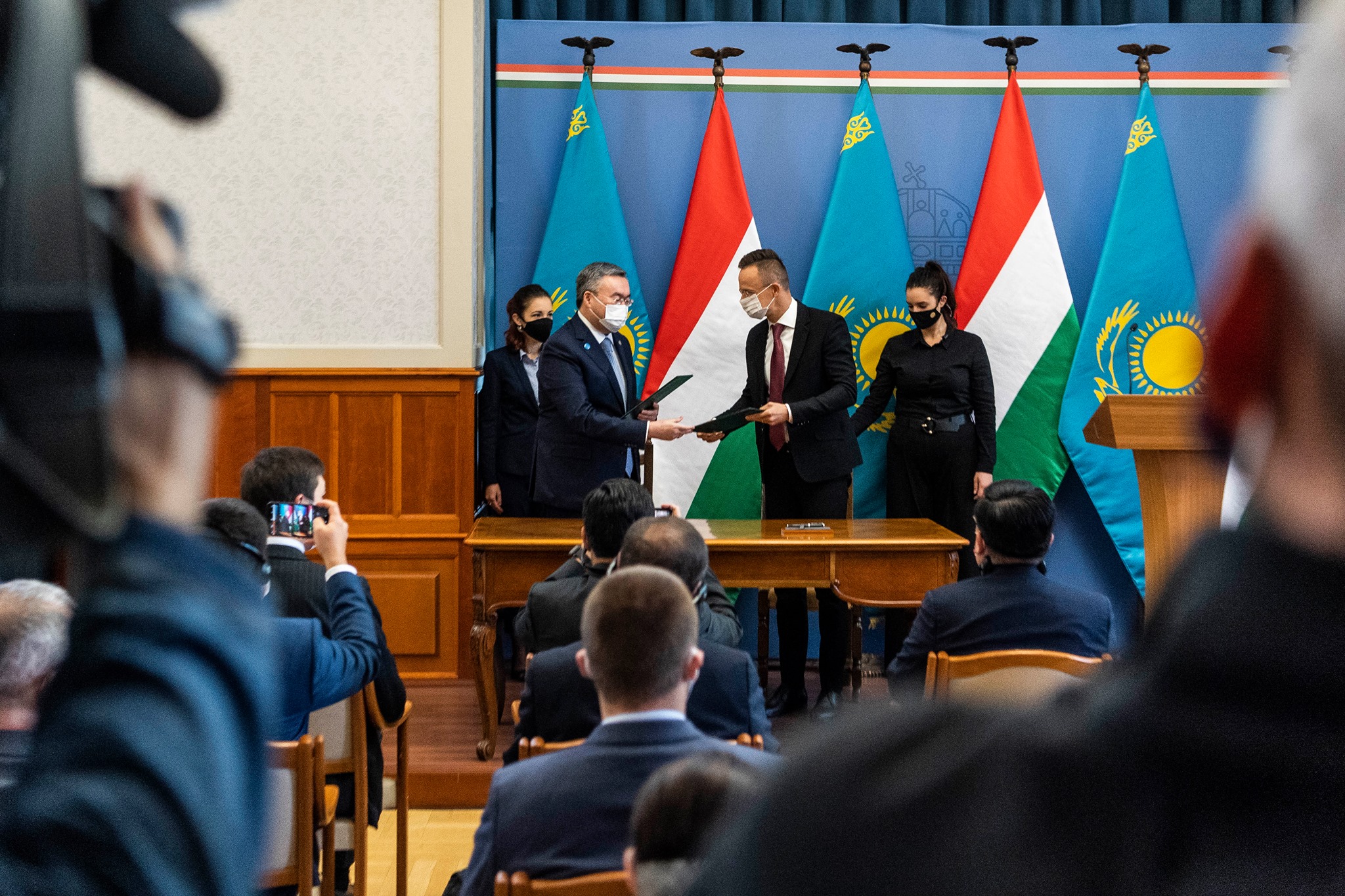 The Hungarian government’s policy of opening to the East has lived up to its promise, Foreign Minister Péter Szijjártó said after talks with Mukhtar Tleuberdi, his Kazakh counterpart, in Budapest on Friday.

The role of the East in the global economy has grown significantly in recent years and the balanced bilateral relations Hungary has built with eastern countries will also benefit Hungarian businesses, Szijjártó told a press conference he held jointly with Tleuberdi.

Hungary devotes special attention to Central Asia, the minister said, pointing to the region’s rapid economic growth. He also noted the Europen Union’s strategy to intensify cooperation with the region.

“Today, with the threat of new illegal migration waves looming, it’s important to take action against their most serious causes – terrorism and religious extremism,”

he said. The situation in Central Asia has a significant impact on the security of Europe, Szijjártó said, underlining the importance of Kazakhstan’s ability to maintain stability in the region.

He noted that Kazakhstan and the EU have committed to strengthening their cooperation and partnership, and he expressed Hungary’s support for a visa facilitation agreement between the two sides. Kazakhstan has already offered its own visa exemptions, and the EU should do the same, Szijjártó said.

The minister also noted Hungary’s observer status in the Turkic Council of which Kazakhstan is also a member. 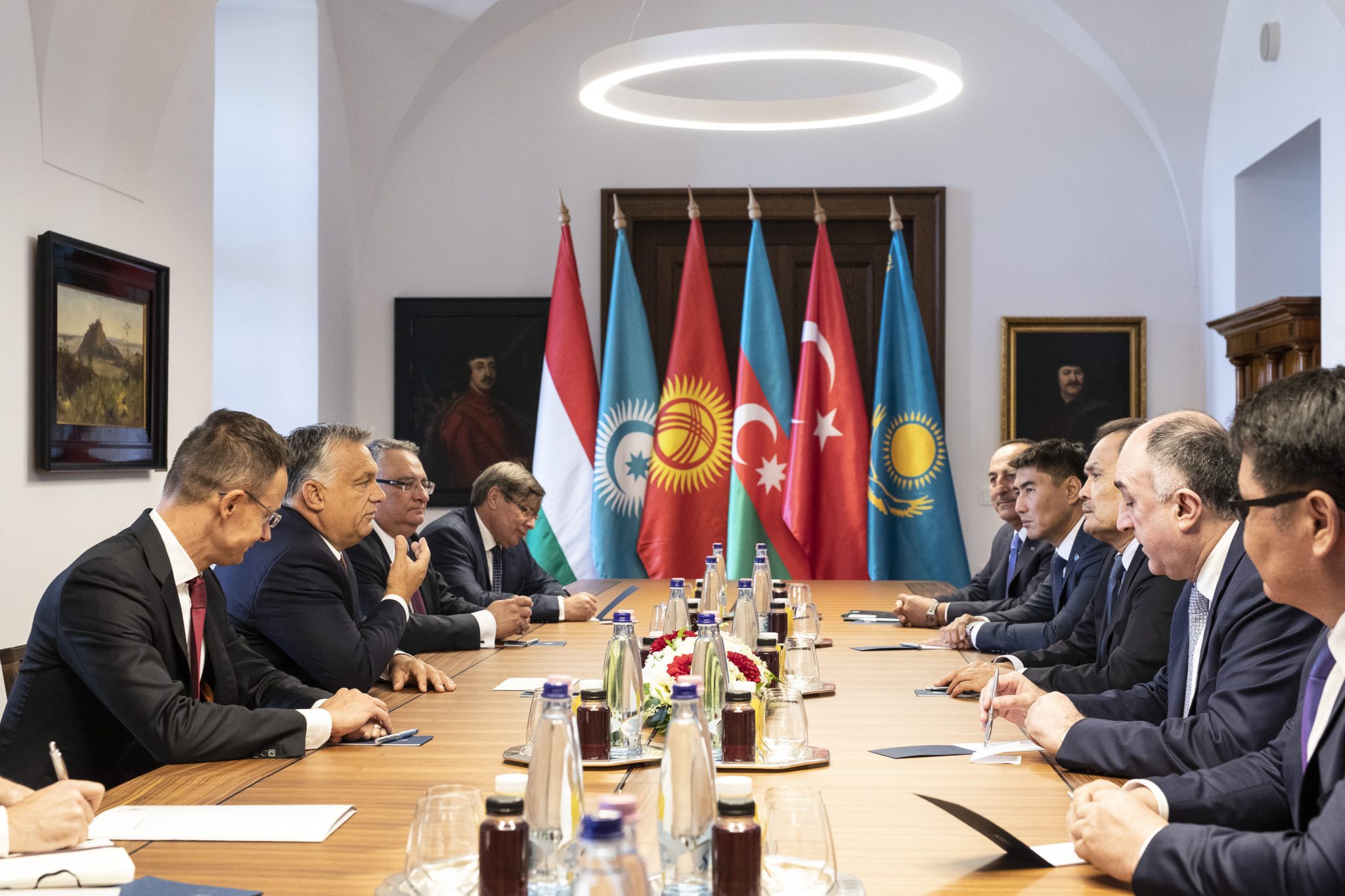 Hungary will join an investment fund to be set up by countries of the Turkic Council, Foreign Minister Péter Szijjártó said after attending a teleconference of the council’s economy ministers on Wednesday. In a Facebook entry, Szijjártó said that the fund would be instrumental in making investments primarily in food production, farming and infrastructure both […]Continue reading

Turning to economic cooperation, he said the coronavirus pandemic was set to bring about a new global economic order “in which Hungary wants to be among the winners”. This is why it is crucial that Hungarian businesses succeed in expanding their presence on the global market and that they take advantage of the fact that there are no unresolved political issues between Hungary and Kazakhstan, Szijjártó said.

The company is exploring a new major gas field in the country and is set to begin extracting it next year, he added. Hungarian drugmaker Richter is also expanding its market share in Kazakhstan, Szijjártó said.

Hungarian exports to Kazakhstan have increased by 69 percent so far this year, he said, adding that Eximbank has opened a 170 million dollar credit line to help finance Hungarian-Kazakh business cooperation.

In response to a question, Szijjártó said Hungary had decided to join the Turkic Council as an observer so that it could “use our shared cultural and historical heritage to benefit everyday cooperation”. During the first wave of the pandemic, Hungary received help from Kazakhstan, Uzbekistan, Azerbaijan and Turkey, he noted. Tleuberdi called Hungary

Kazakhstan’s closest ally in the region, adding that it was a strategic partner, and that the two countries had significant shared political and economic interests.

He said Friday’s talks focused on bilateral political, economic and cultural ties as well as Kazakhstan’s and Hungary’s roles in international and regional organisations.

In response to a question, the minister said that though Hungary only held an observer status in the Turkic Council, it fulfils the role of a full-fledged member in the council’s work. Kazakhstan has plans to host a Turkic Council summit focusing on economic cooperation in the near future, he added.

Meanwhile, asked about a potential high-level summit between Hungary and Russia, Szijjártó said

the two countries’ leaders met every year, and after Russian President Vladimir Putin’s visit to Budapest last year, this year’s meeting should take place in Russia. The matter is still on the agenda,

Meanwhile, after a meeting of the Hungarian-Kazakh strategic council, Finance Minister Mihály Varga said in a video on Facebook that opportunities are expanding for Hungarian companies investing in Kazakhstan. The meeting focused on boosting economic relations, he said.

Varga said that although bilateral trade shrank due to the global health crisis, Hungary had been able to increase its exports.

Around 50 Hungarian companies operate in Kazakhstan in areas such as energy, building and agriculture,

he noted. A Hungarian-Kazakh agreement to increase agricultural exports was on the agenda, as well as a project to equip Kazakh hospitals with Hungarian health-care equipment, he said. Also Hungary’s Semmelweis and Corvinus universities are concluding scientific agreements with Kazakh institutions, the minister added.