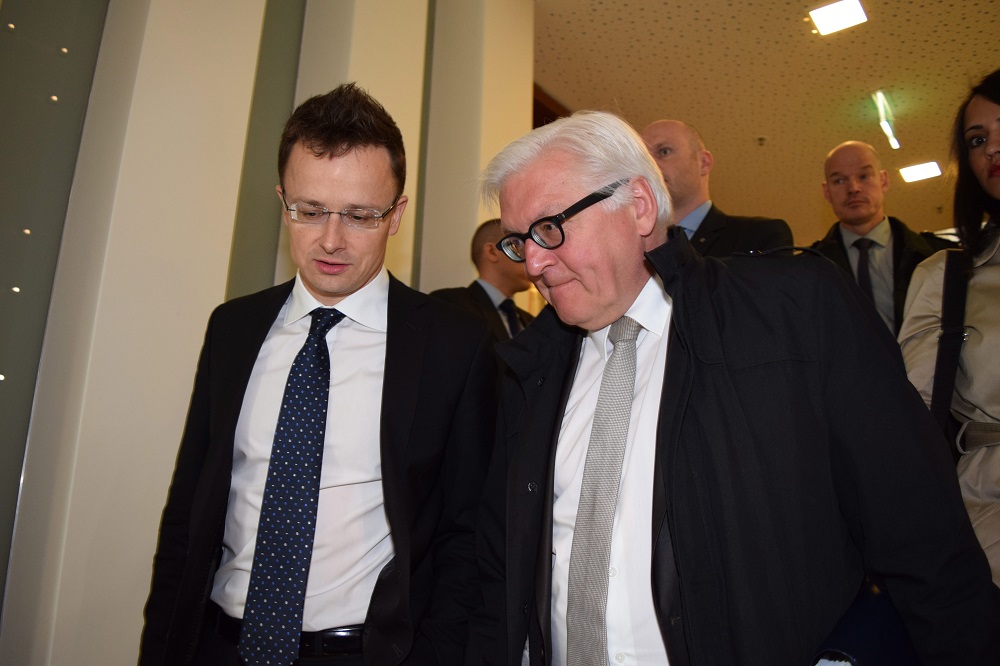 The Riga summit of EU and Eastern Partnership countries in May will be key in determining how the partnership moves forward, Hungarian Foreign Minister Péter Szijjártó told reporters at a meeting with EU counterparts in Luxembourg. The minister said it is important that integration should stay an attractive objective for the six states.

Citing Moldova as an example, Szijjártó stressed the need to accelerate visa liberalisation for Georgia and Ukraine, as well as to recognise Azerbaijan’s strategic role in increasing the EU’s energy security and Belarus’s merits in the Minsk agreement designed to promote a political settlement of the Ukraine crisis. Concerning Ukraine, he said that the Hungarian government was working to ensure that the ethnic Hungarian community should not suffer any negative ramifications of that country’s amending its language law or reforming its public administration.

Szijjártó also said that preventing new disasters similar to the weekend drowning of 700 migrants in the Mediterranean hinges on solving problems beyond the EUs borders. Peace, economic stability and a functioning border system in countries of the Middle East and North Africa are preconditions for solving the migration issue, he added. “The tragedy has clearly shown that now is the time to put a line under procrastination and long-term philosophising, and find quick solutions instead,” Szijjártó said.

The fight against terrorism must be stepped up and aid to Africa increased in order to create stability there, the foreign minister said, adding that full support must be given to the UN special envoy in Libya to ensure that the country becomes a functioning state. Respect for human rights is one of the EU’s most important pillars, and the violation of this principle starts when people are forced to leave their homes. “We have to help these people so they are able to live with human dignity in their own homelands,” he said.