Hungary plays an important role in boosting nuclear security, the foreign minister told the general assembly of the International Atomic Energy Agency (IAEA) in Vienna on Monday, commenting on a request that Hungary presides over the Nuclear Security Working Group for another year.

“Terrorism and the threat of terrorism are growing worldwide with the emergence of uncontrolled migration waves,” Péter Szijjártó said. “This also increases nuclear threats, which is why it is important that Hungary has been asked to preside over the Nuclear Security Working Group for another year.”

In addition, Budapest will host a conference on global action against nuclear terrorism, the minister said.

Szijjártó said these developments were an acknowledgement of Hungary’s position as a leader in efforts to boost nuclear security. 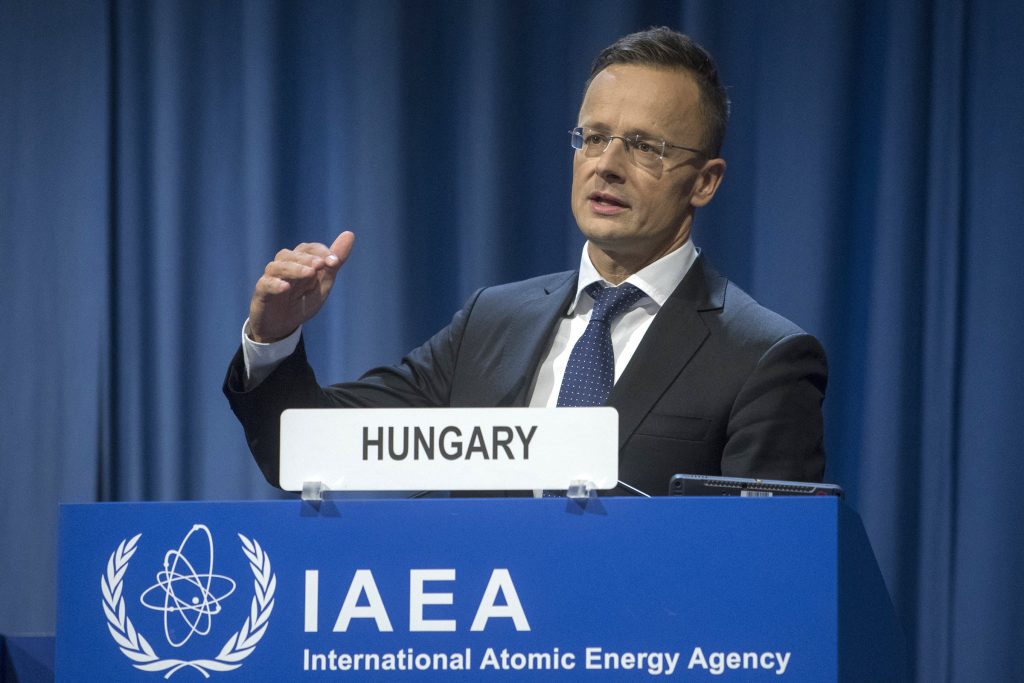 He also said that as of this month, Hungary is a member of the IAEA’s Board of Governors.

On another subject, Szijjártó said the use of nuclear energy also contributed greatly to energy security, which he called a “critical issue” for central Europe.

Nuclear energy covers around 50 percent of electricity demand in Hungary, and this share will increase with the expansion of the Paks nuclear power plant, he said.

For Hungary, this is a matter of competitiveness, Szijjártó said, arguing that increasing the use of nuclear energy meant the country would be less vulnerable to uncertainties on the international energy markets.

In the featured photo illustration: the Paks nuclear plant. Photo by Tamás Sóki/MTI