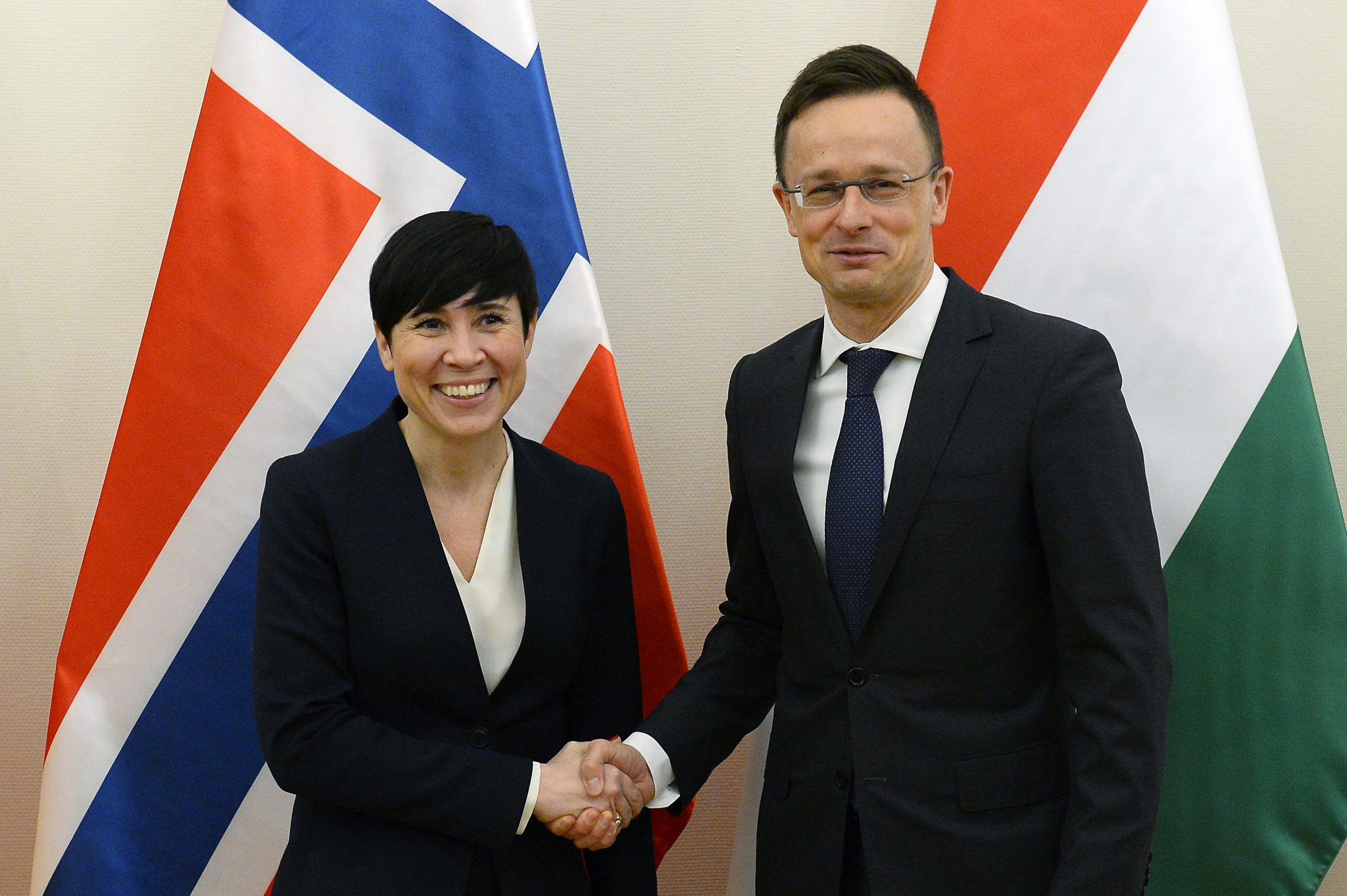 Norway is a key partner of Hungary in defence and energy cooperation, Foreign Minister Péter Szijjártó said after meeting his Norwegian counterpart in Budapest on Friday.

At a joint press conference with Ine Marie Eriksen Soreide, Szijjártó said that although Hungary and Norway disagree on certain issues, this does not rule out close cooperation in other specific areas.

“We still think that our relations should be based on mutual respect,” Szijjártó said.

He noted that Hungary and Norway are both NATO member states.

The minister said the tactical radio system of the Hungarian army is supplied by a company that is majority owned by the Norwegian state. Hungary will purchase a further 860 radios from that company this year, bringing the total number of its radios used by the Hungarian military to 4,600, Szijjártó said.

He confirmed Hungary’s support for Norway’s membership in the UN Security Council in 2021-22. 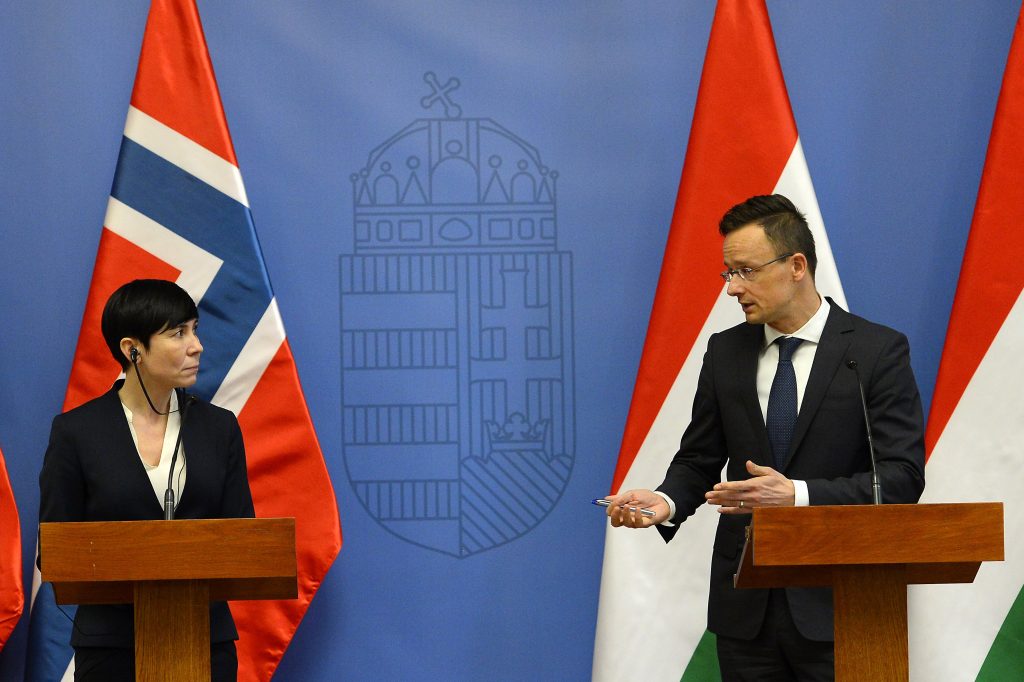 In terms of economic ties, Szijjártó noted ongoing explorations by Hungarian oil and gas company Mol on the Norwegian continental shelf since 2015. Mol has since doubled its capacity and is planning to invest more than 100 million dollars in further projects, he said.

Norway, as the EU’s second major supplier of natural gas, is seen as a possible partner in the diversification of Hungarian energy imports, Szijjártó said.

He said they also discussed migration and agreed on the importance of local development programmes. Hungary’s position is that help must be provided where there is a crisis, he said, promoting the Hungarian government’s Hungary Helps humanitarian programme.

Szijjártó stressed the need for further talks on the Norwegian Civil Fund.

Eriksen Soreide said the two countries are on the same page concerning security cooperation. She underlined the importance of reforming and strengthening NATO in light of Europe’s weakened security situation.

“But we disagreed on certain aspects of migration,” she said, noting that Norway had signed the UN’s global migration compact.