Asked to comment on the Trump-Orbán meeting held on Monday, Szijjártó said the US was a strategic ally to Hungary and the largest trade partner after the European Union, as well as the second largest investor in Hungary.

The meeting at the White House was very important to Hungary and it clearly showed the “chemistry” between the two leaders, he added in the interview broadcast on Tuesday local time.

The atmosphere of the meeting was friendly and relaxed, and it lasted much longer than usual for such meetings, Szijjártó said.

He also said that the US and Hungary were on the same side when it came to taking a “fair and balanced standpoint” on Israel. The European Union has a different position from Hungary’s on many issues but the country is ready to break the unity and raise a veto when necessary, he added. 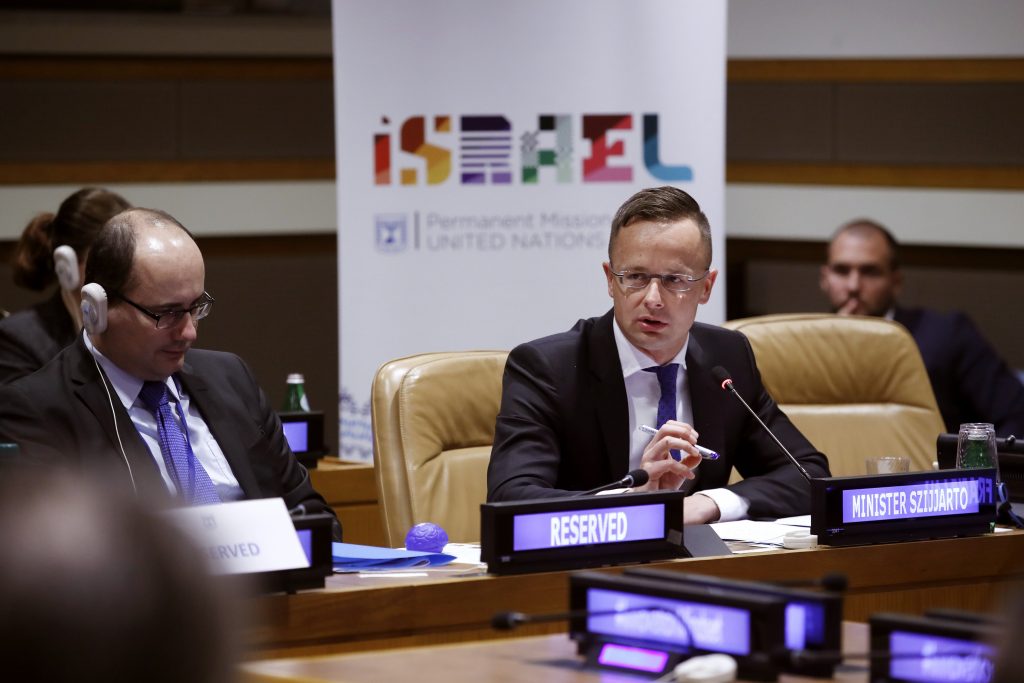 He cited the example of the United Nations Human Rights Council and how Hungary had defied the majority in several instances when their position on Israel was not well-balanced.

Szijjártó also noted that Hungary had recently opened a trade representative in Jerusalem.

In response to a question, he said moving the Hungarian embassy from Tel Aviv to Jerusalem was not on the agenda for the time being.

Szijjártó noted that Hungary maintained a strategic alliance and friendly relations with Israel.

Hungary uses zero tolerance against anti-Semitism and it is “proud of its achievements”, he said. Holocaust denial can result in a prison sentence in Hungary. The government supports building and revamping synagogues, even beyond its borders, he added.

The Monday meeting was rich in gestures showing “mutual sympathy” between the leaders, Szijjártó said on Tuesday. The 40-minute closed-door meeting was much longer than the “ten minutes or so” usually allotted to such talks, he said. In a rare gesture, Trump also showed his guest “all the way to the White House exit” afterwards, he said.

The talks were held in a “relaxed, sincere” atmosphere, Szijjártó said.

The minister, who attended the closed-door meeting as well as the subsequent plenary talks, said that Trump had been very interested in European affairs. Orbán and Trump discussed issues regarding Ukraine at length and agreed that Volodymyr Zelensky, the country’s recently elected new president, may give hope for Ukraine renewing its relations with the European Union and Hungary.

Trump appreciated Hungary’s recent economic achievements, Szijjártó said. Albeit on different scales, the two countries’ economies show similarities in their falling unemployment rates — the numbers of job holders are at a peak in the US and the highest ever since the fall of communism in Hungary, he said. Those numbers demonstrate that Trump and Orbán both have successful economic policies, Szijjártó said.

The leaders agreed that that data has “made many jealous,” as it can be gleaned from the attacks of the international press, Szijjártó said. However, they established that both of them have their respective people’s trust, he said.

In the featured photo: US President Donald Trump and Hungarian PM Viktor Orbán in the White House. Photo by Szilárd Koszticsák/MTI