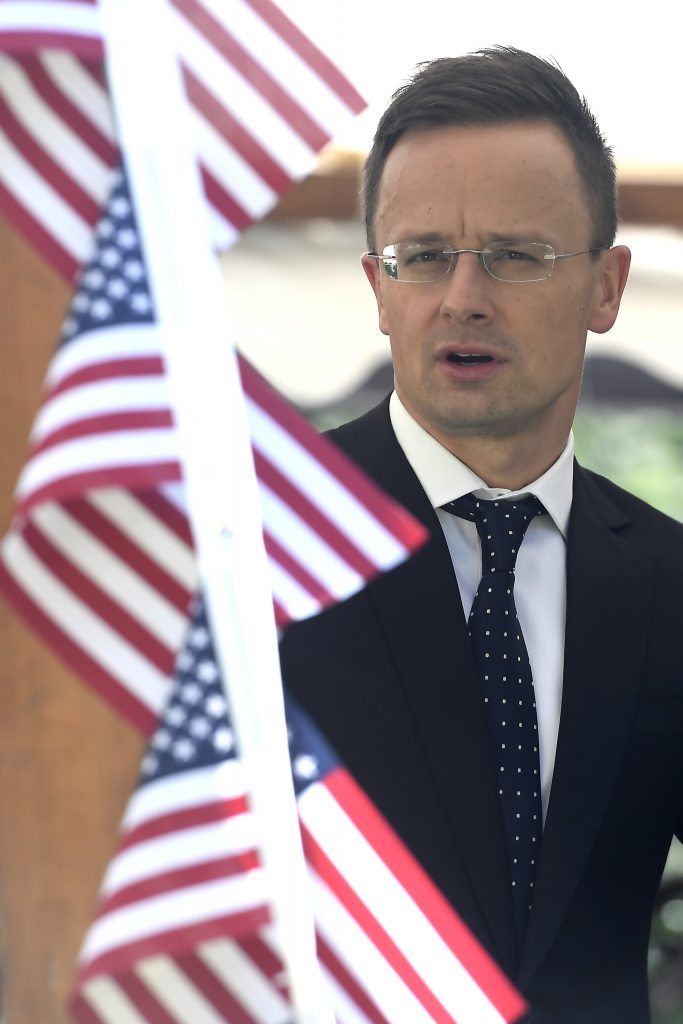 Foreign Minister Péter Szijjártó met representatives of Jewish organisations in New York on Wednesday evening, and assured his negotiating partners of Hungary’s support in their fight against anti-Semitism.

Addressing a UNESCO conference after his talks, Szijjártó noted the Hungarian government’s commitment to continue its “zero tolerance” policy concerning anti-Semitism in the future.

Concerning the European Union, Szijjártó said that the community cannot be strong unless it “insists on its Judeo-Christian heritage” and added that his government “disapproves of movements aimed at leaving nation states and Christianity behind”.

Szijjártó voiced concern about recent developments “indicating a rise of anti-Semitism in certain parts of western Europe” and said it was a consequence of “massive and uncontrolled migration”. He insisted that “parallel societies” have developed in many parts of western Europe, which pose not only a security challenge but may give rise to religious extremism, too.

On another subject Szijjártó said that Hungary considers Israel a strategic partner and supports “an honest and balanced approach” in international organisations concerning that country. He added that Hungary has “never supported dishonest or politically motivated” decisions against Israel.

Szijjártó also noted that the Hungarian government has recently proposed a joint statement against anti-Semitism in the UN Human Rights Council, an initiative which was supported by 25 countries.