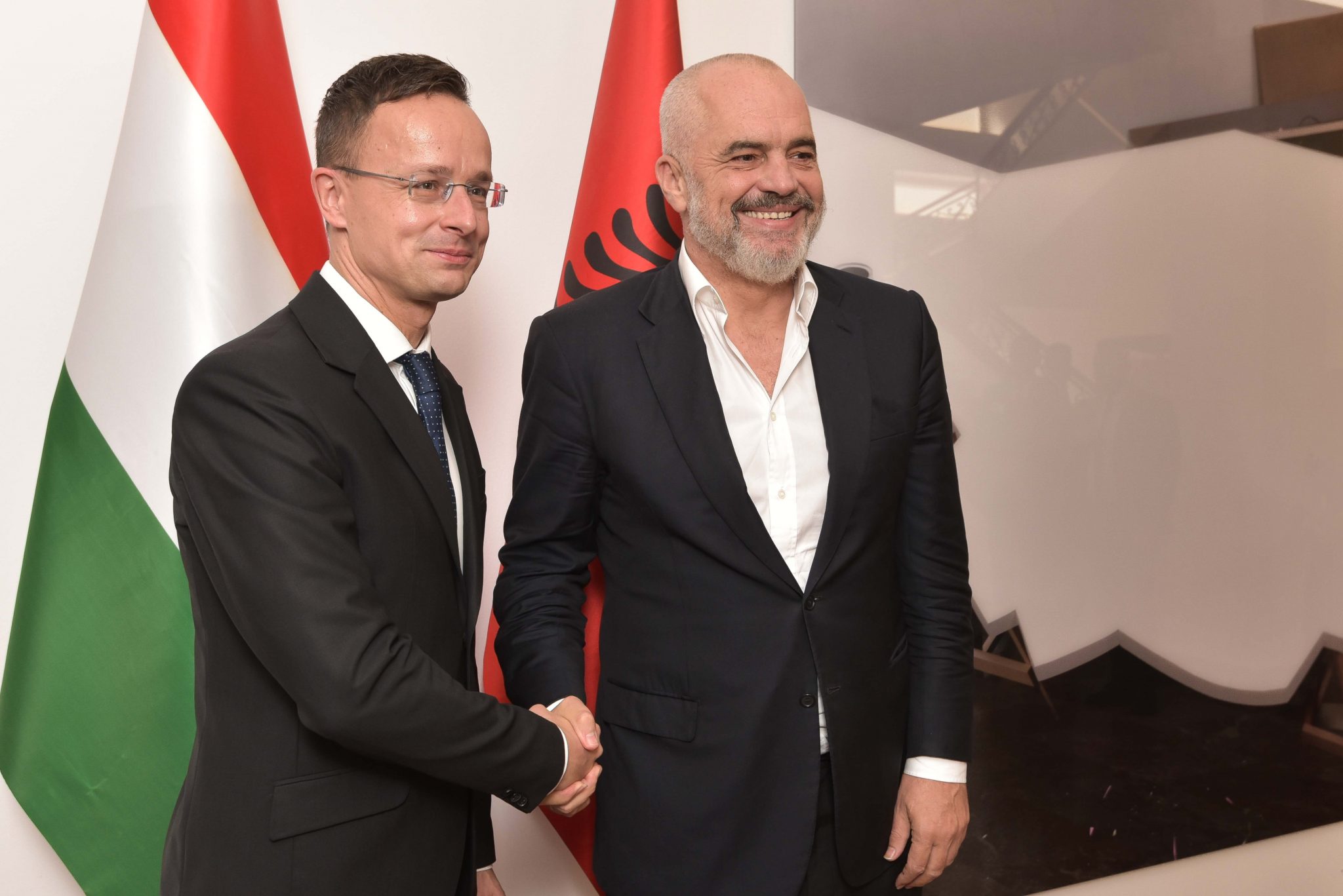 Hungary is committed to working in support of European Union enlargement, which is in the interest of both Europe and Hungary, Hungarian Foreign Minister Péter Szijjártó said in Tirana on Thursday, after meeting Albanian Prime Minister Edi Rama, who is also the foreign minister.

Szijjártó said the approach of “the European Commission and a few western European countries”, leading to a stall in the accession talks, was “hypocritical and extremely harmful”.

The EU’s continued enlargement and the integration of the Western Balkans are in Hungary’s strategic and economic interest, Szijjártó told a press conference. Foot-dragging on the process may result in Hungary being able to “rely on those countries less” in holding up the next wave of migration, he said.

Speaking at a forum of the Organisation of Safety and Co-operation in Europe, Szijjártó lamented the EU’s decision to postpone the enlargement of the bloc and the opening of accession talks with Albania and North Macedonia.

In the featured photo: Péter Szijjártó and Edi Rama. Photo by Mátyás Borsos/Ministry of Foreign Affairs and Trade