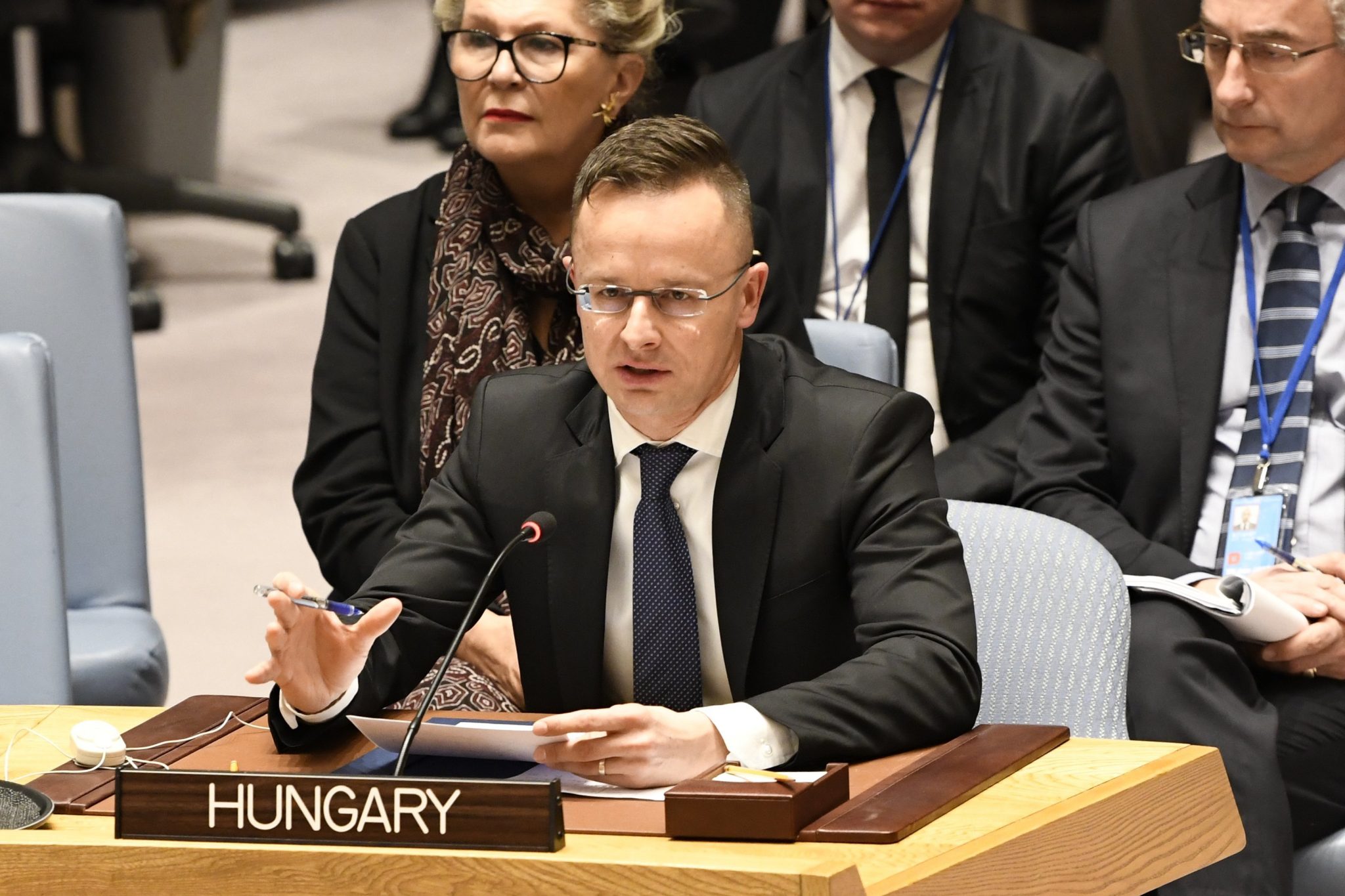 Péter Szijjártó spoke to MTI from New York where he is scheduled to attend a United Nations Security Council session on managing the impact of climate-related disasters on international peace and security.

Szijjártó said the UN’s Global Compact for Migration, by promoting migration as a human right, posed a serious global risk. He also criticised the compact for declaring each country either an origin, transit or destination country in the migration process.

The minister said his address to the session will cover the problems posed by global water shortages, desertification, diminishing returns on agricultural land as well as demographic booms in certain regions that he said will all lead to increased illegal migration. Intercontinental migration waves are projected to increase in the coming period, he warned.

Citing projections on migration, Szijjártó said that some 200 million people will be forced to migrate from their homes between now and 2050 due to various environment-related reasons. Europe received a total of 3.3 million illegal migrants between 2015 and 2017, he said, adding that 90 percent of them had come from 34 countries that will see their populations rise by 640 million over the next decade.

Given the ongoing environmental issues and demographic booms in the world, the chance of new migration waves emerging is continuously rising, Szijjártó said. It is therefore important, he argued, that the international community concentrate on preventing these waves instead of encouraging them.

Szijjártó also slammed Brussels’s migration policy for pushing for migrant quotas, which he said would lead to more migration.

These documents and policies, he said, ignore the rights of countries that want to be neither origin, transit, nor destination countries for migrants. Hungary is one of these countries “and we expect the international community to respect this right,” Szijjártó added.