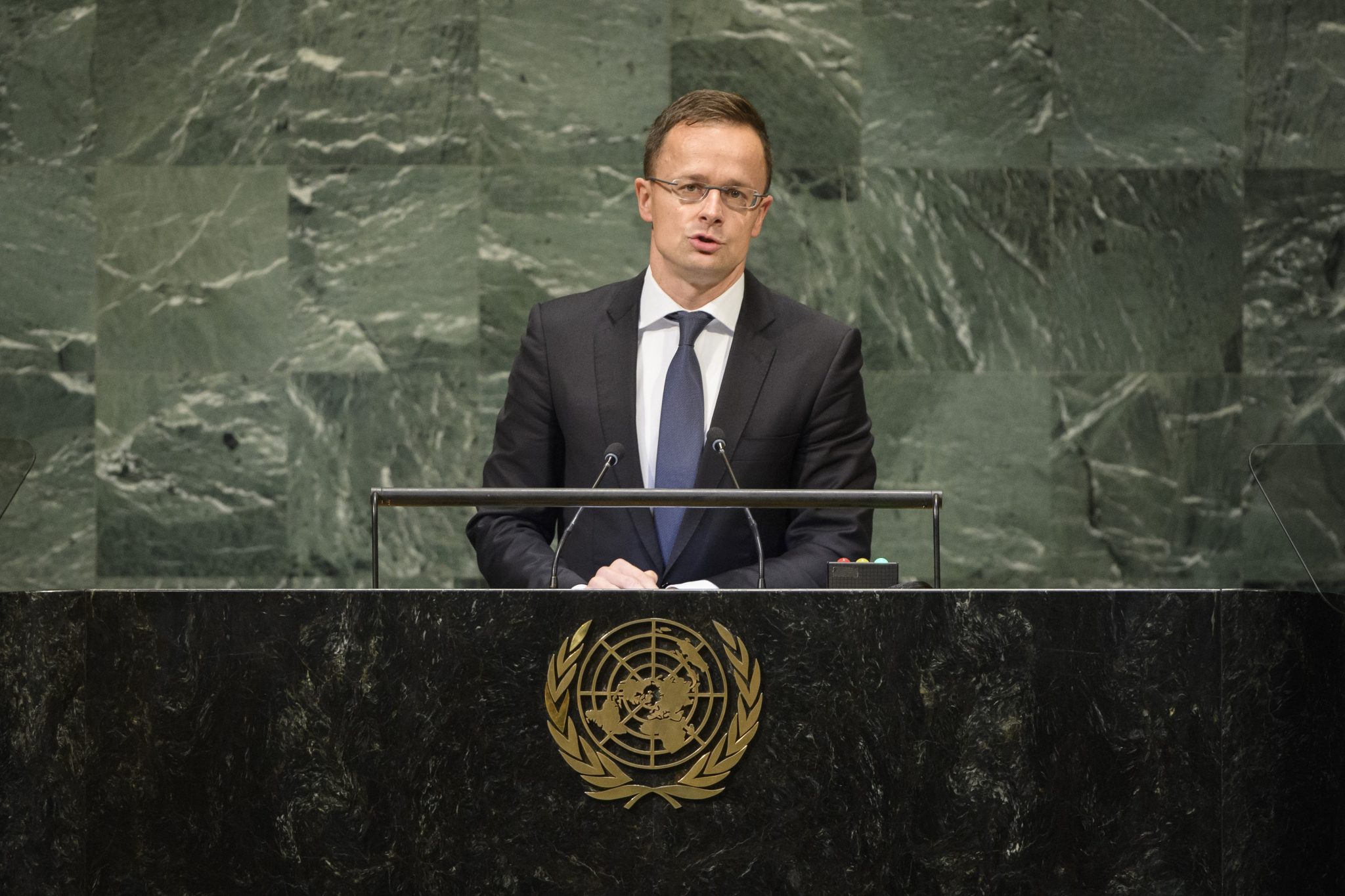 The international community should focus on the repatriation of migrants rather than on promoting and organising immigration, Hungary’s foreign minister said at a United Nations debate in New York on Tuesday.

The increased destabilisation of Europe’s southern and south-eastern neighbourhood has forced millions to flee their homes in recent years, with many of those people fleeing abroad, Péter Szijjártó said in his address to the UN General Assembly debate on the mechanism to ensure accountability for the atrocities in Syria.

The minister said this situation had been further aggravated by Brussels’ “pro-migration policies”.

Szijjártó said that since the global coalition fighting terrorism had ejected the Islamic State militant group from 98 percent of the territory it had occupied, it was time to start supporting and organizing the repatriation of migrants.

He said that in order to successfully send migrants back to their homelands, the right legal, infrastructural, security and accountability conditions needed to be in place. The latter condition, he said, was especially important, emphasizing that crimes against humanity could not be left unpunished.

Hungary contributes an annual 15 million forints (EUR 47,000) to the UN’s mechanism to ensure accountability for the atrocities in Syria, Szijjártó said. These contributions include the gathering of criminal evidence, among other activities, he added.

Szijjártó: Hungary, Poland to Cooperate on Aid in Syria

In the featured photo Péter Szijjártó. Photo by Loey Felipe/MTI