Foreign Minister: Hungary Would ‘Gladly’ Diversify Energy Supplies If It Could 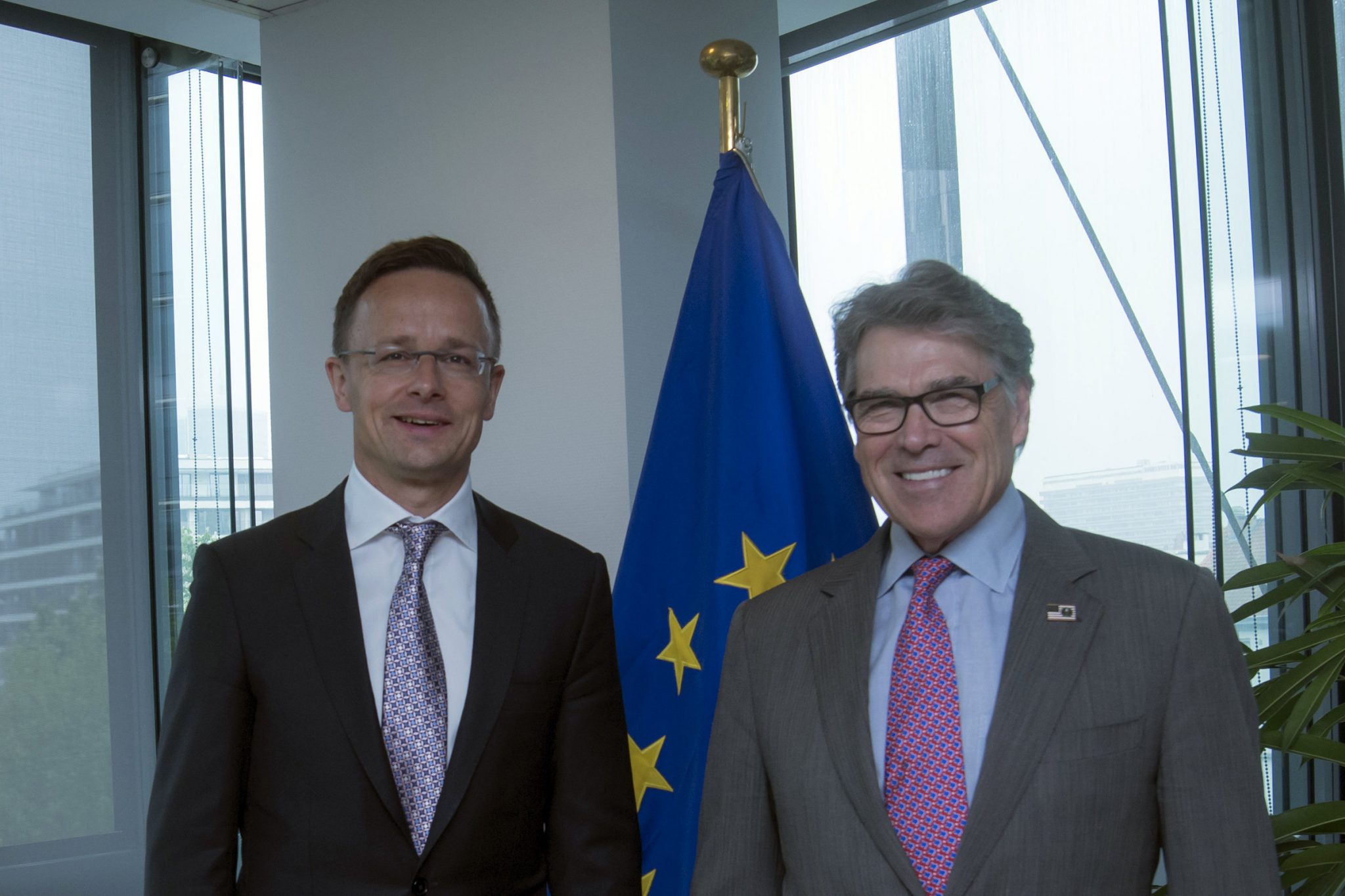 Hungary would “gladly” diversify its energy supplies, but doing so requires proper infrastructure and the necessary investment decisions, the foreign minister said on Thursday.

These steps depend on Hungary’s international partners, Péter Szijjártó told a US-EU energy conference in Brussels.

Donald Trump to Meet Viktor Orbán in May

Fully 100 percent of Hungary’s natural gas supply is imported from Russia, the minister noted, explaining that this was due to current limitations in infrastructure.

Speaking at a press conference after the meeting, Szijjártó said energy security in central Europe remained a “deeply critical issue”, especially given what he said was a lack of progress in the investment projects that would help diversify the region’s energy supplies.

In the featured photo: Péter Szijjártó with United States Secretary of Energy Rick Perry. Photo by Zsolt Burger/Ministry of Foreign Affairs and Trade