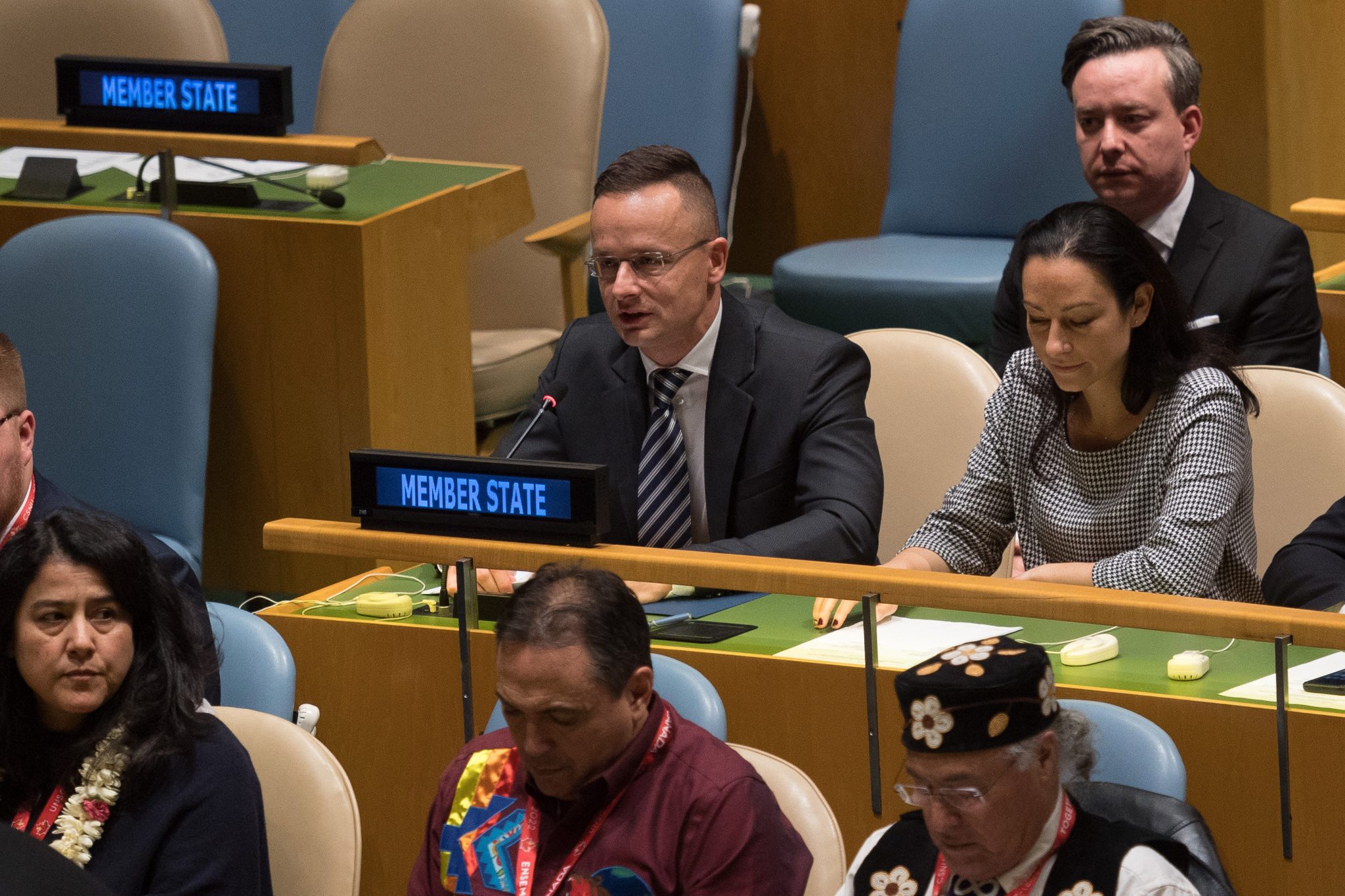 Szijjártó told MTI by phone that Hungary was a country where the borders of the nation and the country were not the same. “We therefore find it especially important that the UN also acts as a protector of the rights of national minorities and indigenous groups.”

Ethnic Hungarians who live beyond the borders are there not because they have migrated but because they have always lived there. It is one of the consequences of history that they now live in the territory of another country and their rights indeed must be protected.”

Language is clearly the most important means of preserving the identity and culture of national minorities, he said. Special attention must be paid to ensure that the language rights of ethnic Hungarian minorities abroad are not violated, he added.

“There are both positive and negative examples in the Carpathian Basin, and in central Europe more generally, in this respect,” he said.

“Serbia must be highlighted as a positive example, where the ethnic Hungarian community enjoys the most rights from among the neighbouring countries.” He said the ethnic Hungarian minority in Vojvodina was involved in national decision-making and viewed as an important resource for developing relations between Hungary and Serbia.

Szijjártó cited Ukraine as a negative example. He said the rights of ethnic Hungarians there had been systematically thwarted in the recent period, including the right to be educated in the mother tongue.

“The international community must not tolerate such systematic violations of rights, and we cannot tolerate Ukraine having introduced a number or laws in recent years that have withdrawn the rights ethnic Hungarians used to have, connected to education and the general use of the mother tongue.”

“We expect the current Ukrainian leadership to respect Ukraine’s international undertakings, the rights of Transcarpathian Hungarians … and to adhere to the Venice Commission’s recommendations which make clear that Ukraine should not have implemented the new minority language law before approval of the general legislation on minorities,” he said.

In the featured photo: Péter Szijjártó in New York. Photo by Mátyás Borsos/Ministry of Foreign Affairs and Trade/MTI