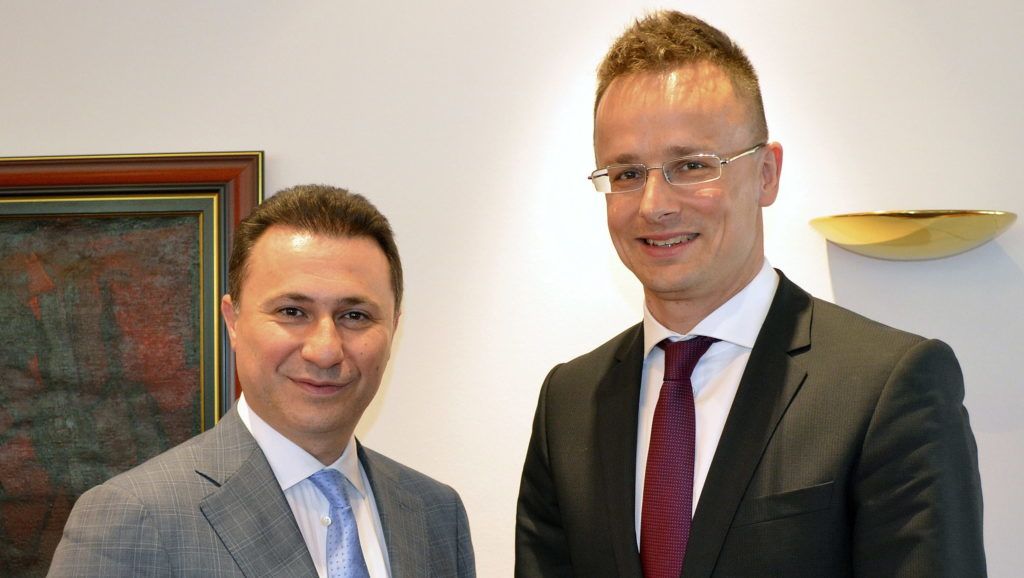 On the heels of 444.hu’s journalists last week’s accidental encounter with Nikola Gruevski, who was having a meeting with a government official, Foreign Minister Péter Szijjártó on Thursday admitted that he regularly meets and consults with the convicted former Prime Minister of North Macedonia.

In November 2018, Nikola Gruevski fled his country days before he was due to go to jail for corruption charges. He was helped by Hungarian diplomats and authorities to flee to Hungary, where he was soon granted asylum. The Hungarian government emphasized that it regarded the case not as a political, but legal matter.

Gruevski made headlines once again last week when he was accidentally spotted by journalists of liberal, investigative site 444.hu, entering an apartment building next to the site’s editorial office. Coming out one hour later, he refused to talk to journalists. It turned out, however, that he actually met István Joó, the Deputy State Secretary for Export Development of the Ministry of Foreign Affairs. In addition, the “safe house” allegedly belongs to two Chinese businessmen, one of whom arrived in Hungary through the government’s Residency Bond scheme.

This week, the Hungarian Parliament discussed the accession of North Macedonia to NATO, and in the debate, Democratic Coalition (DK) MP Ágnes Vadai brought up Gruevski’s case, in reference to 444.hu’s finding.

In his response, Foreign Minister Péter Szijjártó replied that “(…) If we want to obtain the most authentic information about the Western Balkans, who should we talk to, if not to a man who was Prime Minister there for ten years? And yes, we regularly talk to him (…) As for me, I usually meet him in my office. And the fact that Foreign Ministry officials keep contact with a man who has been the prime minister of his own country for ten years is, in my opinion, natural. And you know what? We will keep in touch with him, and I will continue to consult with him on issues concerning the Western Balkans, and I will obviously always do that in my office.”