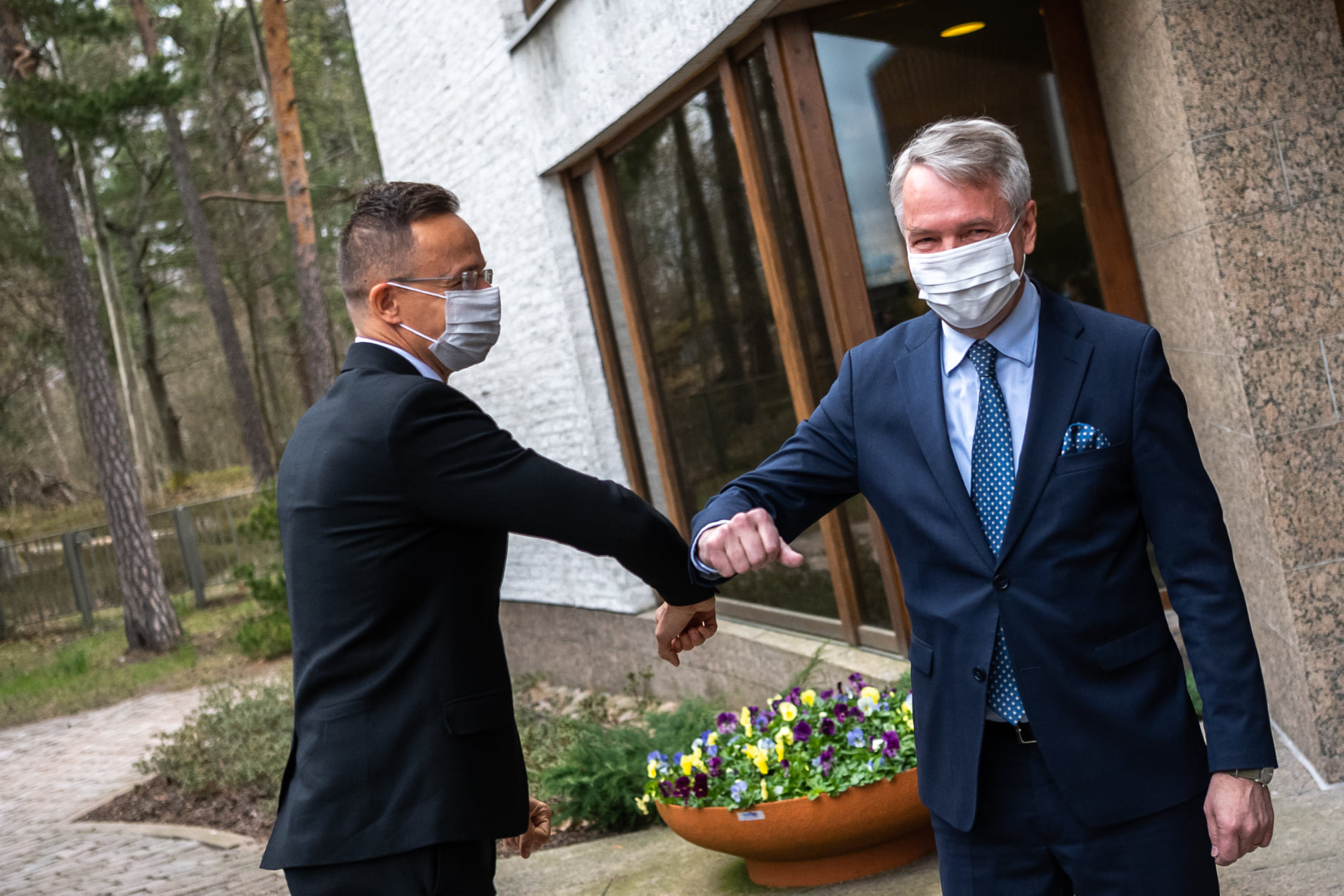 Hungary and Finland are among the few countries which expanded their economy while curbing greenhouse gas emissions, Foreign Minister Péter Szijjártó said in Helsinki on Wednesday, after talks with his Finnish counterpart Pekka Haavisto.

Taking over the rotating presidency of the Council of Europe later in May, Hungary will prioritise adopting regulations to facilitate the European economy’s growth while protecting the environment and nature, Szijjártó told a joint press conference.

Cooperation with Finland will be an important foundation for that work, he added.

Finland and Hungary are also bound by their treasured Finno-Ugric roots, the minister said.

Szijjártó highlighted the room for improvement in sectors such as nuclear technology, “a safe, cheap and clean energy resource”. Finland and Hungary are currently using similar technologies to build nuclear power plants, he said.

Electric batteries are important tools to reduce the ecological impact of transport, but their proper recycling is also a key issue, Szijjártó said. The use of hydrogen technologies should also be expanded in an economically competitive manner, he said.

Haavisto said the meeting touched on a number of issues, including the situation in Belarus and Ukraine, the European Union’s enlargement in the Western Balkans, and the priorities of the Council of Europe’s Hungarian presidency.

Haavisto said he had expressed concerns over the state of the rule of law, as well as that of press and academic freedom in Hungary. He also called for “keeping a united European voice” in foreign policy issues.

Estonia will host a Finno-Ugric world congress this summer, with Finnish and Hungarian dignitaries attending, he added.