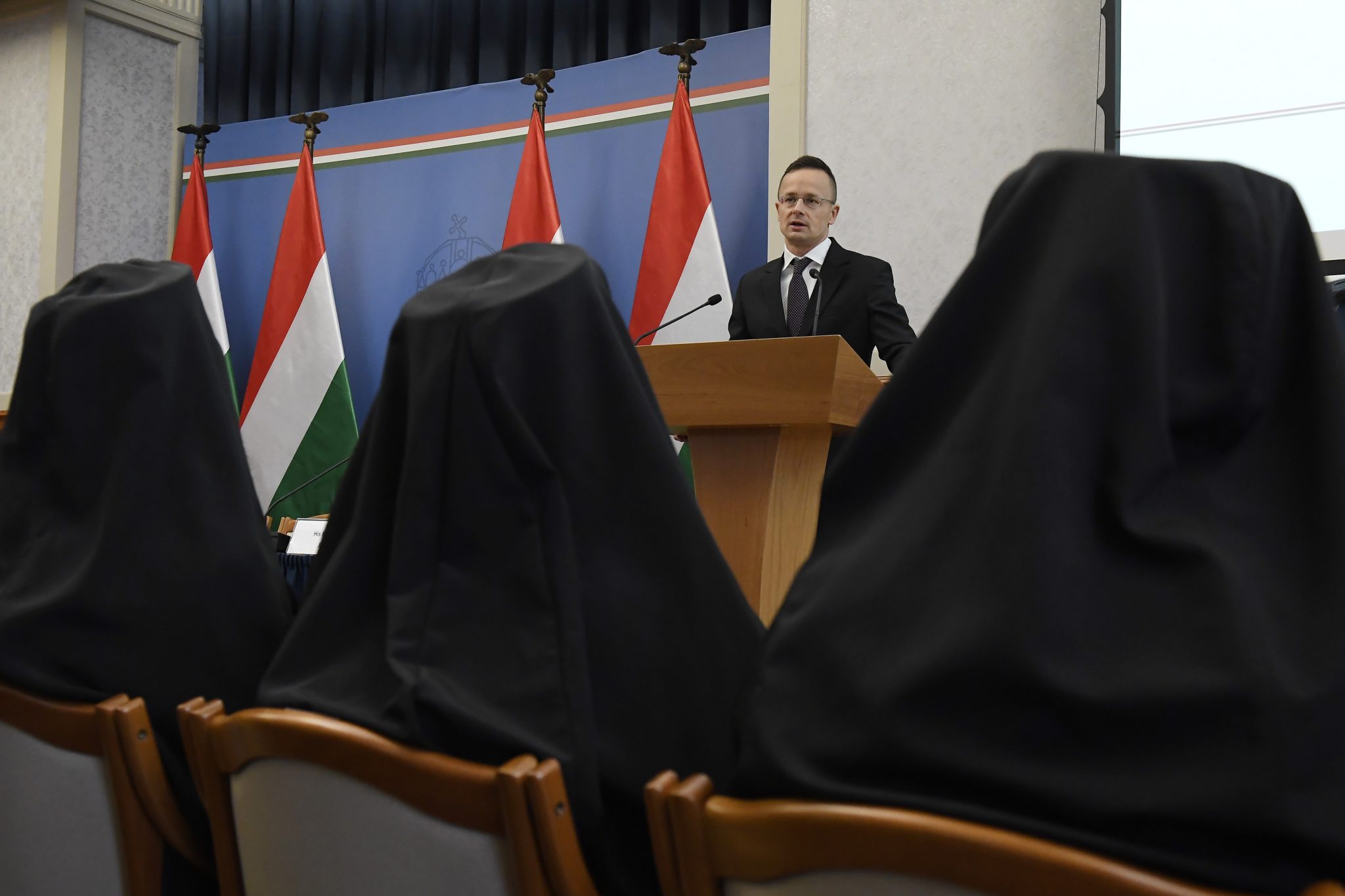 Hungary is proving through its actions that a European Christian state can assume responsibility for all of the world’s Christian communities, the foreign minister said in Budapest on Tuesday.

The church leaders will also be meeting with Orbán and Putin, he said, adding that their talks could open the door to new projects in the Middle East.

Szijjártó said Christianity was the most persecuted religion in the world, with an average of 11 Christians killed every day for their faith.

Szijjártó noted that under the government’s Hungary Helps humanitarian aid programme, Hungary has so far spent 40 million dollars on rebuilding homes, churches and schools in the Middle East with a view to enabling Christians to remain in their homeland. Hungary has so far been able to help some 50,000 people through this scheme, the minister said, adding that even more people could be helped if the international community followed Hungary’s example.

He said most of the church leaders attending the conference had come from Syria and Iraq. Syria has been in a state of humanitarian crisis for more than eight years with more than 12 million people forced to leave their homes, he added.

Szijjártó said the international community should speak honestly about the situation in the Middle East and admit that it, too, was responsible for the ongoing crises in the region.

The “experiment of the ideology-based export of democracy has failed”, Szijjártó said, adding that the events of the Arab Spring had in many cases helped empower Islamist forces and the region had become a “cradle for the spread of extremist ideologies”. This brought about an intensification of the persecution of Christians and the emergence of crisis situations, triggering an exodus of illegal migrants towards Europe, he said.

Help should be taken to where the trouble is “rather than bringing the trouble over here”, the minister said, urging the international community to devote greater attention to managing the root causes of mass migration.

Europe must provide all the political and economic assistance it can to the countries doing the most to preserve stability and prevent the spread of crises, he said.

Szijjártó urged the international community to shift its focus from “promoting migration” to helping displaced people return to their homelands by creating safe conditions there.