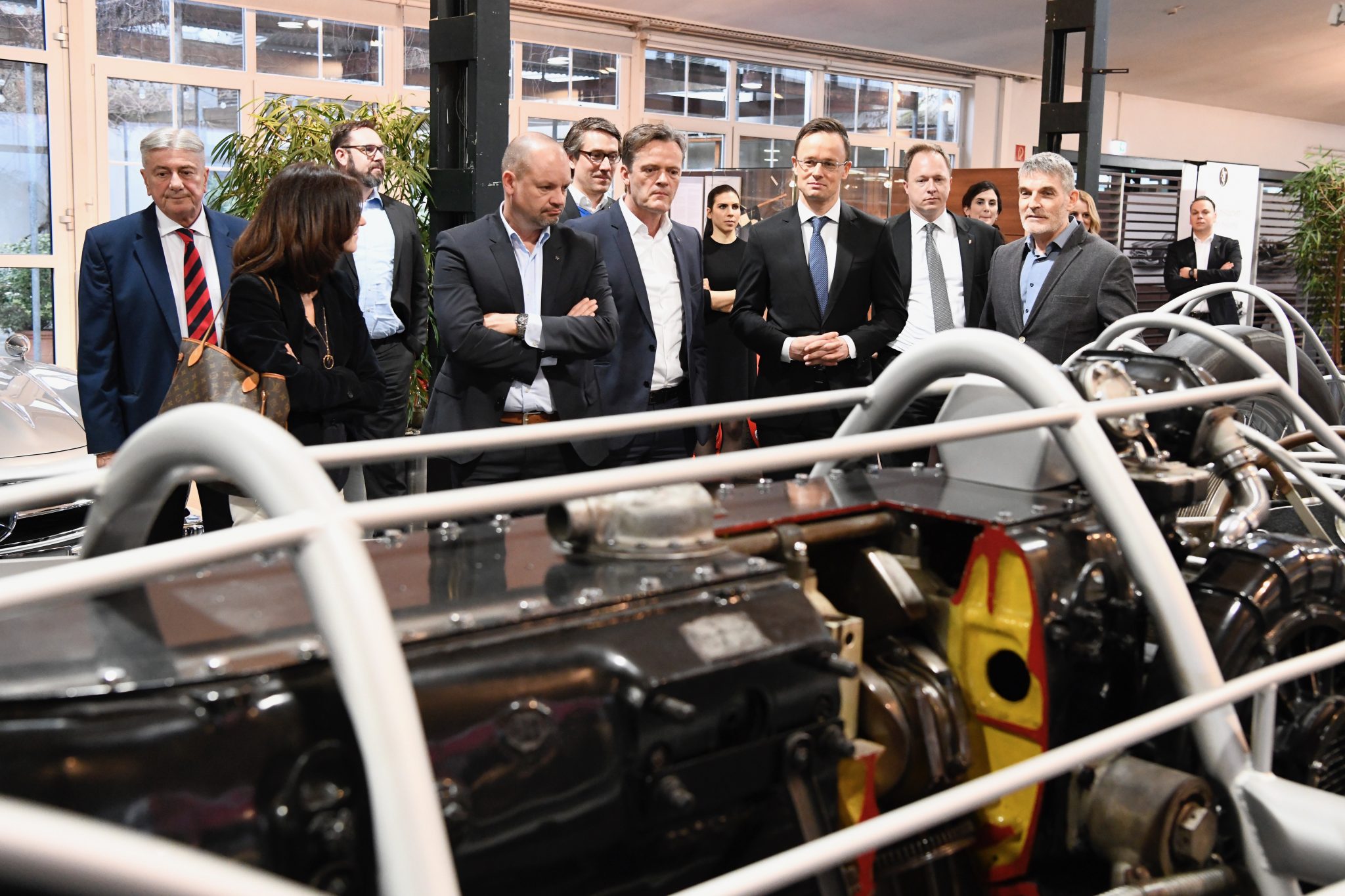 Speaking on the sidelines of talks in Stuttgart, Szijjártó noted that “encouraged by the success of large factories” such as Daimler and Bosch, an increasing number of medium-size businesses also choose Hungary for new investment projects.

Companies from Baden-Wuerttemberg play an especially important role in the development of Hungary’s car industry and greatly contributed to a 6 percent increase in the sector last year, he said. The total production value of Hungary’s car industry exceeded 8,500 billibuerkon forints (EUR 26.9bn) in 2018 and the sector employed 174,000 people, he added. Thanks partly to companies from Baden-Wuerttemberg, Hungary was among the world’s 20 largest car exporters with total exports worth 20 billion euros in 2018, Szijjártó said.

On the featured photo: Péner Szijjártó in the Mercedes-Benz Classic Center, Stuttgart. Photo by Mitko Sztojcsev/Ministry of Foreign Affairs and Trade