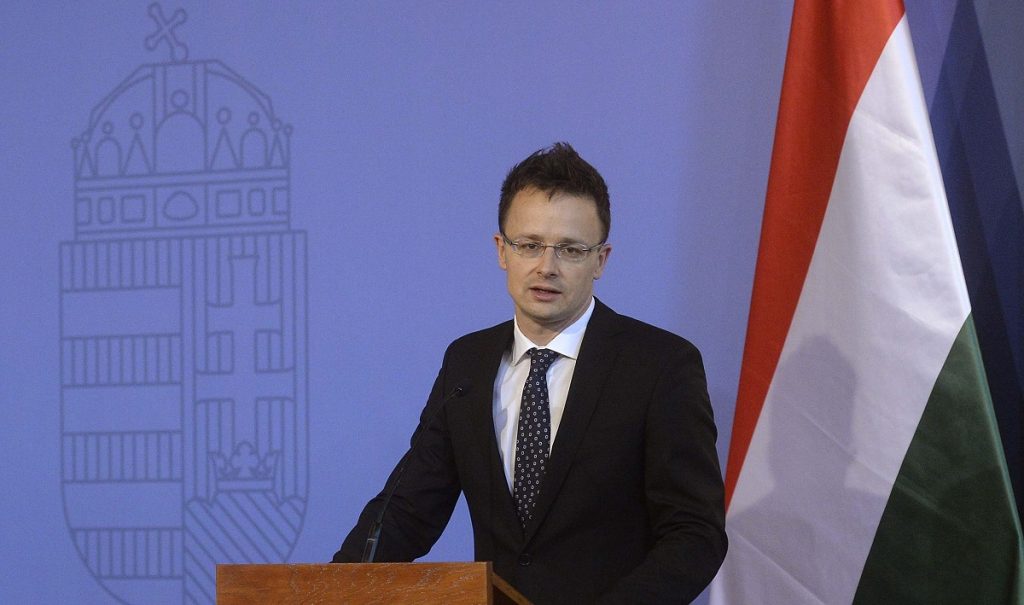 The issue of Hungarian-Chinese relations is not subject to party politics, Hungary’s foreign affairs and trade minister said at an event organised by the Confucius Institute and Szeged University, in southeast Hungary, in association with the Szegedi Közéleti Kávéház. “The government has worked for several years on this, since the country that today wants to be strong cannot escape relations with China,” he said on Firday, adding that great effort had been put into Asia over the past few years, and Hungary has forged strategic relations with the region’s fastest growing economy, namely with China. The Confucius Institute and the University of Szeged (SE Hungary) signed a declaration of intent to establish a China centre which will focus on education, innovation and foreign relations. A memorandum of understanding was also signed between the Confucius Institute and the Ministry of Foreign Affairs and Trade about the institute’s role in strengthening Hungarian-Chinese tourism, education and cultural ties.

The Hungarian Foreign Minister also said on Friday that South Korea could play a major role in boosting the export of Hungarian SMEs. Péter Szijjártó said economic ties with the Republic of Korea may help the Hungarian government to implement its goal to increase the number of Hungarian small and medium-sized enterprises involved in exports four-fold. The Korean government is clearly ready to focus bilateral economic cooperation on SMEs, the minister told a Hungarian-Korean business forum. The Republic of Korea is Hungary’s third biggest trading partner in Asia. Hungarian sales to South Korea rose 7.5-fold over the past ten years and bilateral trade has doubled in volume, Szijjártó said. Under its policy of opening to the east, Hungary aims to secure strategic cooperation agreements with Asian countries. This includes cooperation with South Korea, which has proven very fruitful, backed by a “perfect political relationship” between the two nations, he added. Woo Tae-hee, South Korea’s state secretary of industry and commerce, said one area of future cooperation between their countries is industrial technology, including pharmaceuticals and biotechnology as well as infrastructure development.

Péter Szijjártó has also held talks recently with Bui Thanh Son, Vietnam’s deputy foreign minister. The Vietnamese government has proposed that Hungary could help build a 350-million-euro hospital and make water-related investments in Vietnam, the Hungarian Foreign Minister told media after talks on Thursday. Hungary currently has 25 million euros worth of investments in Vietnam as part of a bilateral aid loan programme, the ministry said in a statement sent to MTI. The officials also discussed developments in bilateral economic cooperation and agreed that an EU-Vietnam free trade agreement could be a big advancement in this respect. Szijjártó said Hungary supports the earliest closure of talks on this free agreement which would be advantageous for Hungary in substantially increasing its exports to Vietnam.