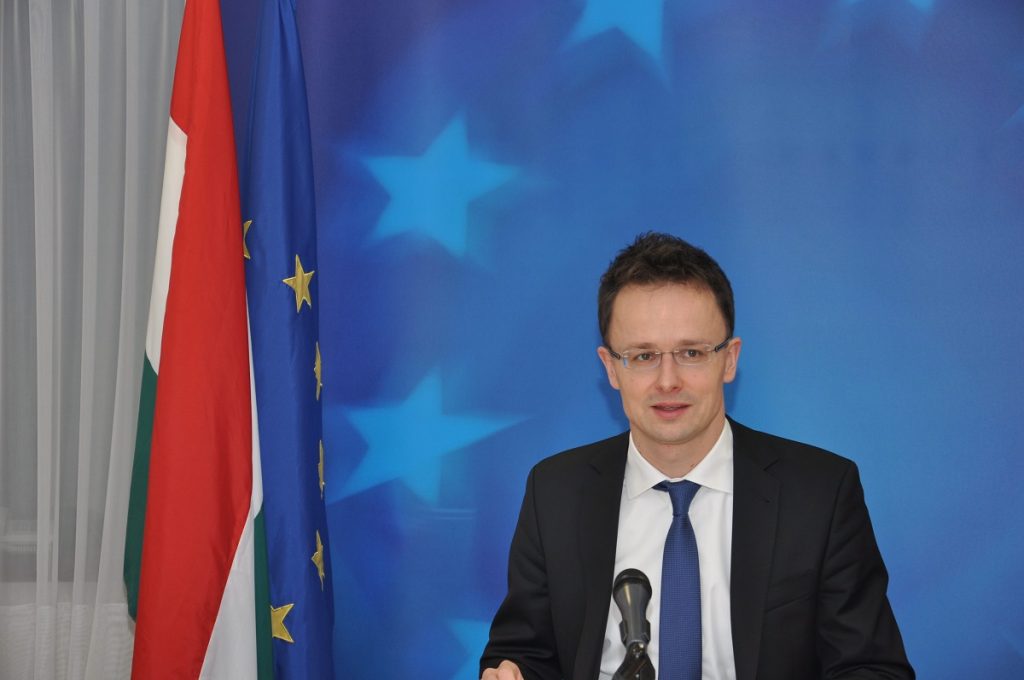 Hungary’s foreign minister Péter Szijjártó and Colleen Bell, US ambassador to Hungary, attended the inauguration of a new production plant built by Alcoa Magyarország in Székesfehérvár, west of Budapest. Addressing the ceremony, the minister said that cooperation with the United States is crucial in promoting economic growth in Hungary. He added that while Hungary’s trade turnover had grown by over 12% in the first ten months of last year, exports to the US grew by nearly 25%.  US Ambassador Colleen Bell said that the expansion underpins the strong trade ties between the US and Hungary. A total 1,750 US companies are active in  Hungary, employing some 90,000 local residents.

Péter Szijjártó also expressed his views on Angela Merkel’s upcoming visit to Hungary. He said, the German Chancellor Angela Merkel’s visit  is an indication of Germany’s appreciation of the importance of bilateral cooperation, Foreign Minister Péter Szijjártó said. The minister referred to Germany as Hungary’s most important European ally, and suggested that the industries of the two countries had “practically grown together”. Economic cooperation between Central Europe and Germany is crucial for the competitiveness of the whole of Europe, he added. Concerning Merkel’s visit next Monday, Szijjártó said that “at such stormy geopolitical times” it was a sign of appreciation. The cooperation between Hungary and Germany is “not burdened with any open or difficult issue which could not be resolved very quickly”, he said. Szijjártó noted that some 6,000 German ventures were active in Hungary, employing 300,000 local residents. He added that in November last year, Hungary’s exports to Germany totalled a record 21 billion euros.

Earlier this week Péter Szijjártó travelled to Brussels in order to attend an an extraordinary meeting of EU foreign ministers.  The European Union has decided to extend its sanctions against Russia by six months, until September this year, he said in Brussels after the meeting. The EU will also expand the list of persons affected by the sanctions introduced in connection with the Ukraine crisis, he said. Foreign ministers of the EU will decide on a recommendation for further persons to be added to the list on February 9, Szijjártó added. The council of foreign ministers has not proposed further sanctions, as opposed to earlier proposals, but instructed the foreign affairs services to make preparations for any appropriate measure to ensure fast and comprehensive implementation of the Minsk agreement, he said.

Szijjártó also added that it was important to apply a step by step approach in terms of any further measures. At Hungary’s proposal, the council included in its joint declaration that the rights of ethnic minorities must be observed through the implementation of reforms in Ukraine. “Hungary wants that the situation of the local Hungarian minority should not turn for the worse,” Szijjártó said. In Ukraine’s public administration reform the ethnic composition of the population should be considered and the country’s only region where Hungarians form a majority should be left in place, the minister said.