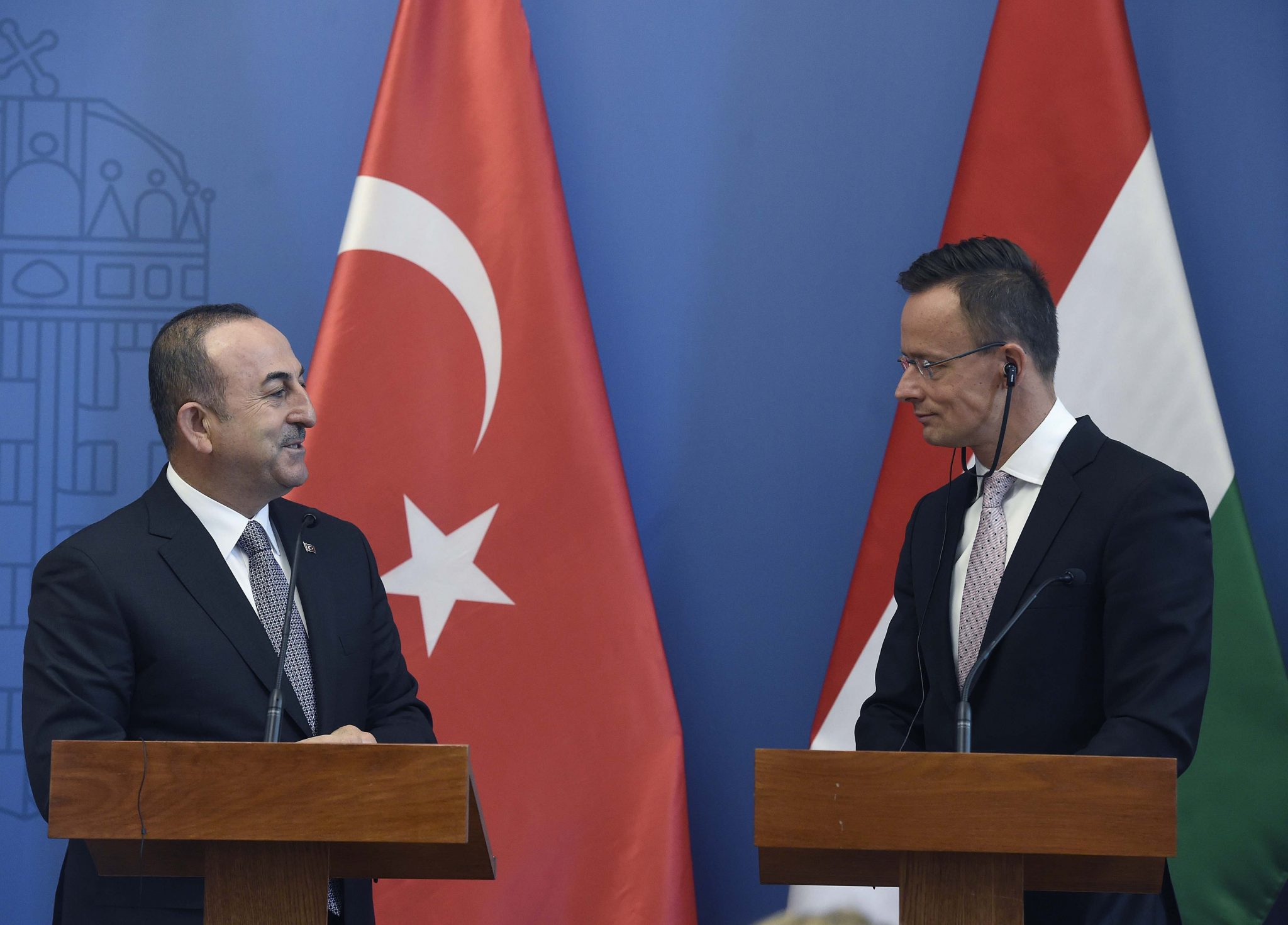 Without adherence to the agreement between the European Union and Turkey on migration, Europe would be facing serious migration pressure from the south, Foreign Minister Péter Szijjártó said on Friday, adding that “Europe’s security today begins in Turkey.”

At a joint press conference after talks with his Turkish counterpart Mevlut Cavusoglu in Budapest, Szijjártó said Hungary saw Turkey as strategic ally and friend.

Szijjártó expressed Hungary’s appreciation for the role Turkey has played in guaranteeing Europe’s security. He said it was in large part thanks to Turkey that “the 30-35 million people in Europe’s neighborhood who are in a position to set off for the continent at any time have not yet done so”.

Turkey is caring for 4.5 million migrants and the country is not allowing them to set off for the EU, he said. Szijjártó said Turkish authorities had also “withstood the constant organisation of [migrant] caravans”. He said certain interest groups were “constantly organizing” migrant caravans “based on a South American model”, but Turkey had managed to quell such efforts on its territory.

The minister also praised Turkey for its role in the international fight against terrorism. Szijjártó urged Europe and Turkey to strengthen their cooperation in this area, saying that the Islamic State militant group had more than 5,000 EU citizens in its ranks who he said were now trying to make their way back to the continent.

He also said cooperation between the EU and Turkey should be based on mutual respect and honesty.

On the topic of energy security, Szijjártó said that given the uncertainty over whether or not Hungary would get to purchase gas through Ukraine next year, the country would have to “play it safe” and have another long-term option for importing gas. A portion of Hungary’s gas supply could be imported from the south, he said, adding that Hungary had three options from this direction. The final decision as to where Hungary buys its gas from, he said, would depend on the country’s allies.

All that matters to Hungary is its national interest, security, the economy and ability to supply Hungarian households with energy, the minister said. If the options to import gas from Romania or Croatia fall through, and the Turkish Stream gas pipeline is completed, that is where Hungary will import its gas from, Szijjártó said.

He said Turkish President Recep Tayyip Erdogan is set to attend the next meeting of the Hungarian-Turkish high level strategic council to be held in Hungary in the autumn.

Cavusoglu said there were countries criticizing Turkey when they should be focusing on more important issues, such as immigration and fighting terrorism.

The minister called Hungary and important ally and a “good friend”, adding that bilateral political ties were “excellent”. He said economic ties were also good, adding, however, that there was still room for expanding them and increasing bilateral trade turnover.

Cavusoglu expressed his gratitude for Hungary’s support for Turkey at international forums.

Asked about Turkey’s purchase of Russian missile defense systems, Cavusoglu said his country had been in urgent need of the missiles and had received the most favorable offer from Russia. He said Turkey rejected the accusations in connection with the purchase, adding that if the United States had concerns over it, the two countries should form a working group to discuss the matter. Cavusoglu said US-Turkish relations extended far beyond military cooperation, adding that certain disagreements should not be allowed to hamper bilateral ties.

Asked about Turkey’s potential accession to the EU, Cavusoglu said there were many member states that were in favor of it, including Hungary. Turkey is open to cooperating with the EU, but the EU needs to be open to this as well, he said.

On this subject, Szijjártó called for “honesty and straight talk”, saying that if the major EU member states did not want Turkey to join the bloc, they “shouldn’t mislead” the country. The EU and Turkey could establish a comprehensive strategic partnership that would benefit both sides, Szijjártó said, adding that if Turkey’s EU membership was not a possibility, the country “should be talked out of entering this partnership”.

Ahead of the press conference, Szijjártó and Cavusoglu signed a cooperation agreement between the Hungarian Institute of Foreign Affairs and Foreign Trade and the Turkish foreign ministry’s Strategic Research Centre.