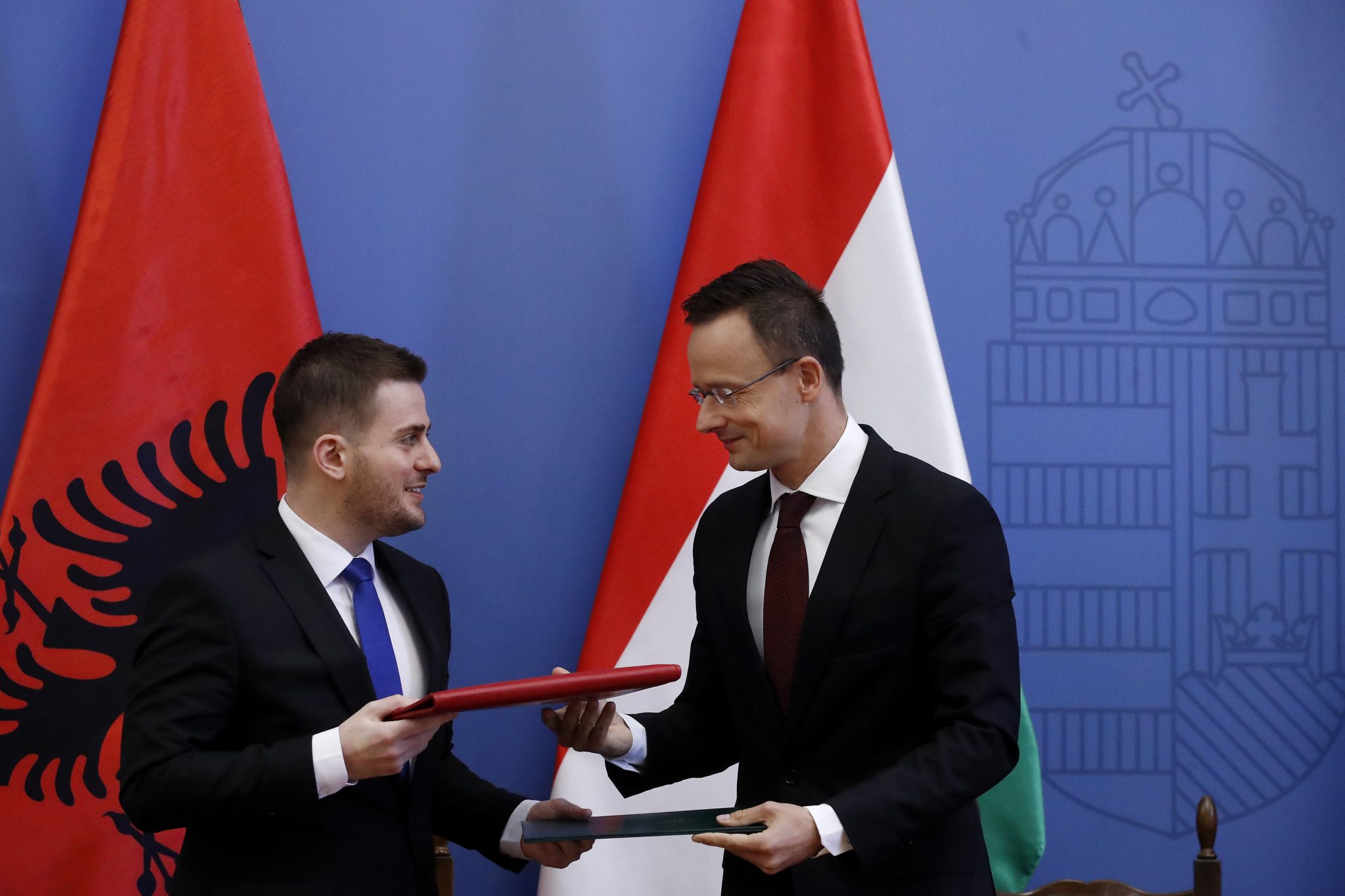 The European Union must open accession talks with Albania next month, Foreign Minister Péter Szijjártó said on Friday, adding that the bloc’s failure to start the negotiations would be “unacceptable” to Hungary.

At a joint press conference after talks with Gent Cakaj, Albania’s minister for European and foreign affairs, in Budapest, Szijjártó underlined the importance of stability in the Western Balkans.

Tensions in the region would only provide new opportunities for terrorists and terrorist organisations to enter the EU’s territory by taking advantage of migration waves, he said.

He said that on June 18, the EU’s General Affairs Council would have to decide on starting accession talks with Albania.

In the featured photo: Gent Cakaj and Péter Szijjártó. Photo by Koszticsák Szilárd