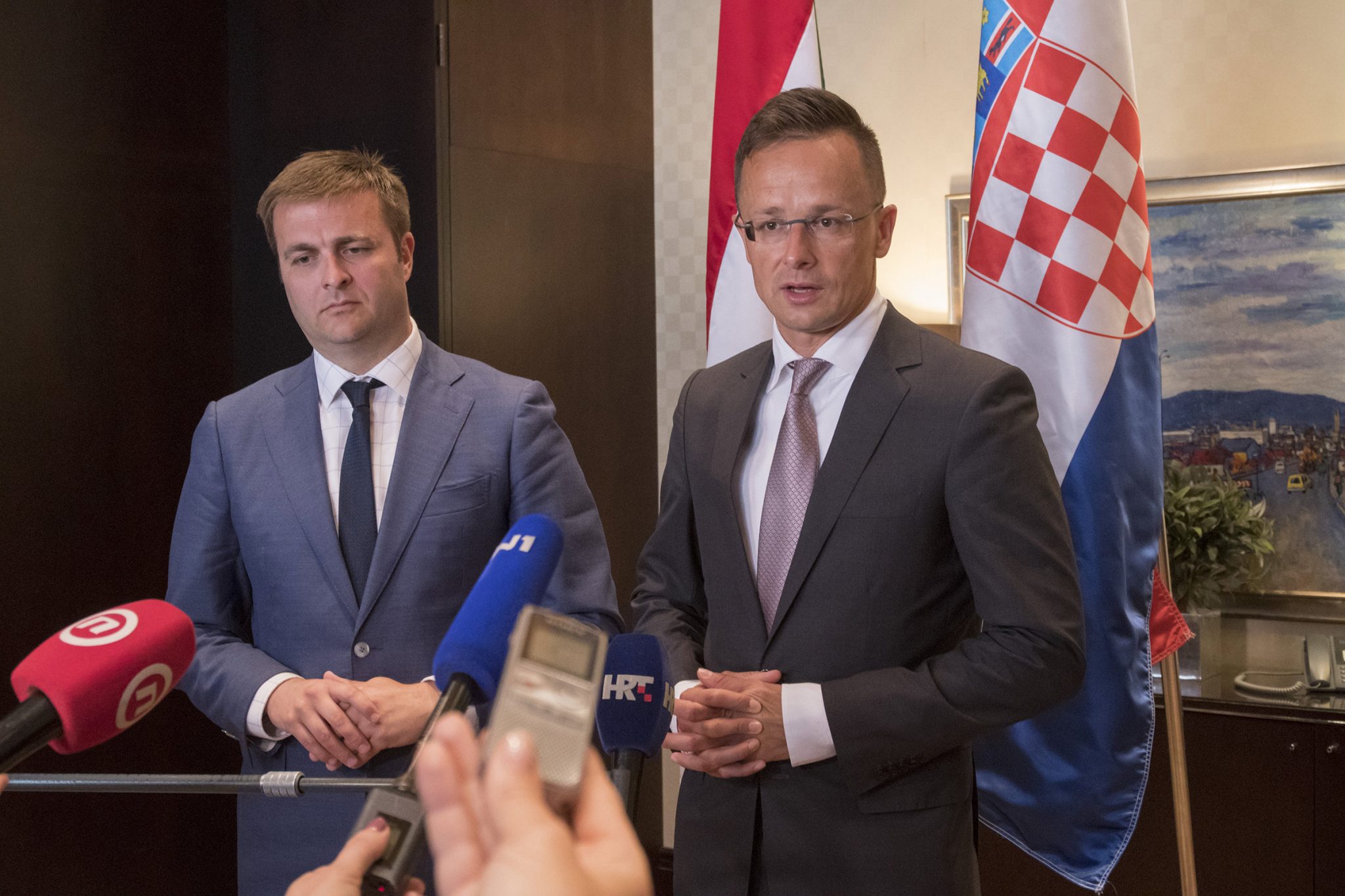 Construction of an LNG terminal on the island of Krk, Croatia, is in Hungary’s interest, Péter Szijjártó, the foreign minister, said in Zagreb after talks with Tomislav Coric, Croatia’s energy and environment minister.

Szijjártó said the issue of long-term energy supplies was a critical issue for Central Europe in light of various uncertainties such as the lack of a transit agreement between Ukraine and Russia from 2020. The question remains how central Europe can guarantee access to secure gas supplies in the next few years, he added. Szijjártó said that

He said the best option currently on the table was that Croatia was at last building the LNG terminal, enabling gas to be delivered to Hungary.

He noted the Hungarian government has decided to offer to acquire a 25 percent-plus-one share of the holding company that operates the LNG terminal. Hungarian companies will also own capacity in this terminal.

“Currently, this cannot be price-competitive,” Szijjarto said, adding that the price offered was much higher than the price of gas currently available in Hungary.

Szijjártó said he had proposed that Hungary and Croatia’s energy markets should, therefore, cooperate more closely than ever before and integrate their gas markets, eliminating the need to pay gas transport tariffs on the border of the two countries, resulting in a larger gas market and higher consumption.

He said it would then be easier to jointly negotiate prices with gas traders, and a single price for gas could apply in the region. This, he added, would represent a big step forward in terms of the security of energy supply.

The minister said Croatia was open to this proposal, adding that a joint bilateral government working group has been established to work out the details. The working group will be tasked with examining issues related to the potential integration of Hungarian and Croatian gas networks in advance of a government-level decision, he said.

The two officials also agreed to negotiate with large energy companies that may be in a position to supply the new LNG terminal. Companies and resources from Qatar, Algeria and America could be relevant to this endeavour, Szijjártó said.