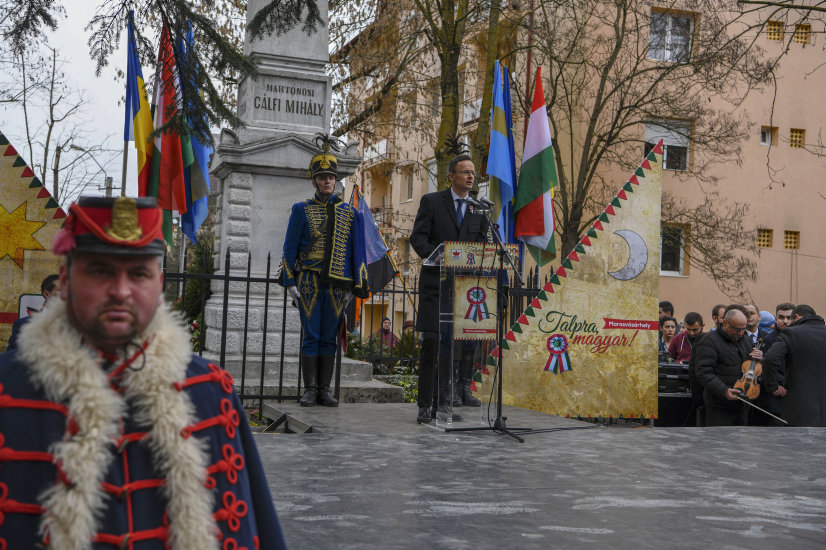 Hungarians must join forces to preserve their freedom, the same way they did in 1848, Foreign Minister Péter Szijjártó said at the memorial of Szekler martyrs in Marosvásárhely (Targu Mures) on Thursday, at an event celebrating the upcoming March 15 national holiday.

“The revolutionaries of 1848 were building their future and the current generations’ present when fighting for Hungary’s freedom,” Szijjártó said. “Today’s situation is that once again people must fight for Hungary’s sovereignty and the freedom to make decisions,” he added.

Szijjártó earlier received an award from the Roman Catholic secondary school of Targu Mures in recognition of his efforts to rescue and relaunch the school. He told the awards ceremony that the students, teachers and community of parents at the school were living proof that Hungarians who insist on preserving their national identity have a future in the Carpathian Basin.