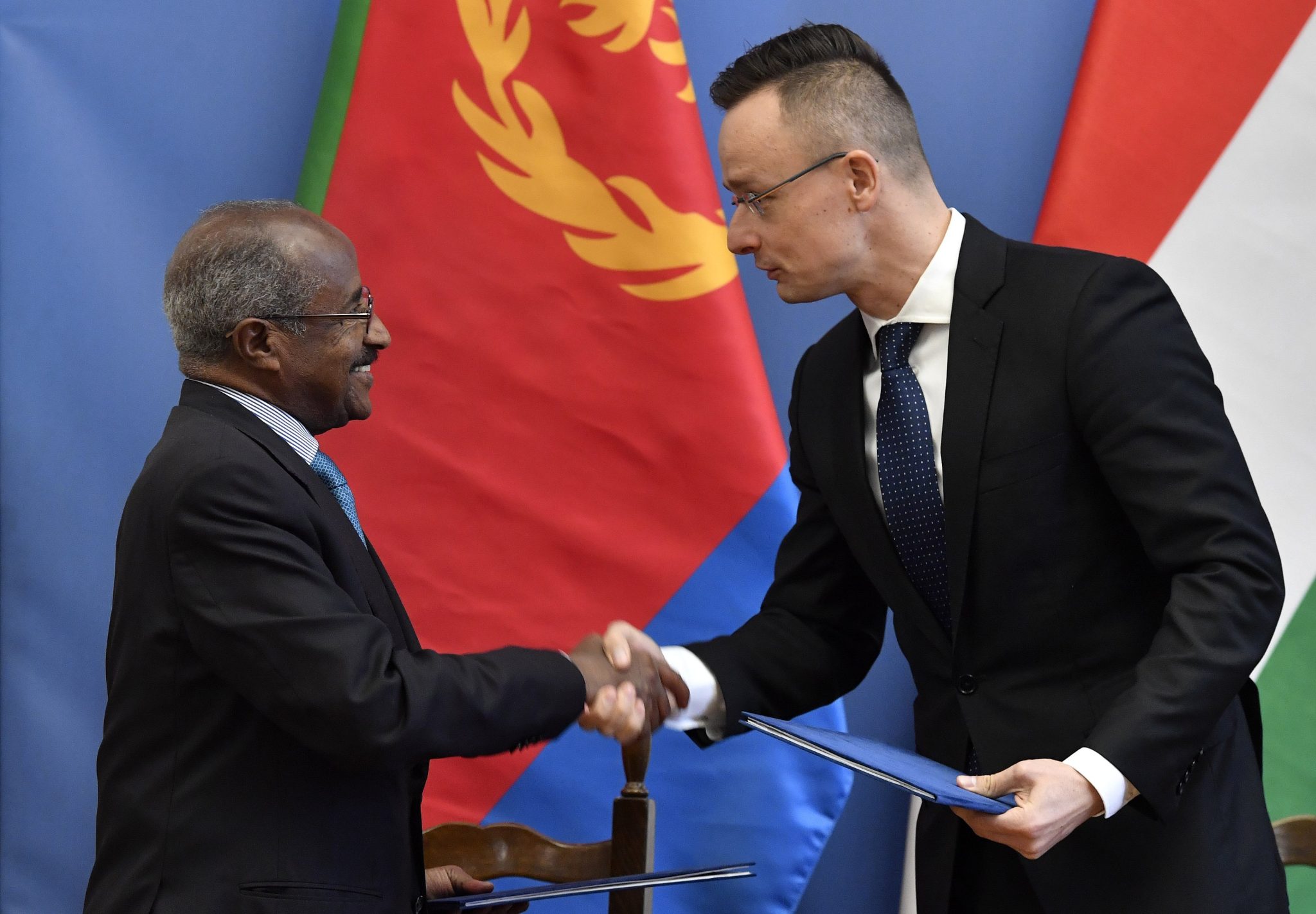 The policies of Brussels that handle migration as a given fact, and even encourage it, present a danger to Europe and they are harmful to Africa, Foreign Minister Péter Szijjártó said on Tuesday.

After talks with Osman Saleh Mohammed, the foreign minister of Eritrea, Szijjártó told a joint press conference that Africa needed peace, security and economic development in order to retain its population.

Hungary, he said, disagreed with the European Union position that migration was an unavoidable consequence of the situation in Africa and that it was right to encourage migration trends. Hungary is in agreement with Eritrea that mass exoduses from Africa put development there at risk, he added.

Africa must be helped so that people stay there instead of going to Europe, he said. Eritrea has done much for the interests of security and peace, he added.

In order to help economic development in Eritrea, Hungary supported the lifting of European Union sanctions against the country last year, Szijjártó said. Additionally, Hungary made it clear in the UN Human Rights Council that it appreciated efforts by Eritrea to guarantee human rights, he said.

Neither Hungary nor Eritrea supports the UN Global Compact for Migration, which fails to make a distinction between illegal migrants and refugees, he added. The UN is trying to bring back the migration compact that more than forty member states had rejected, he said.

Eritrea had a long-lasting conflict with Ethiopia but the two countries started a process of reconciliation, which has resulted in significant progress in regional stability. Africa’s stability is important for Europe and therefore Hungary has always supported this process, Szijjártó said.

Earlier the ministers signed an intergovernmental economic and technical cooperation agreement. Hungary has offered university scholarships for ten students from Eritrea and talks are under way about a tied aid credit scheme for the construction of a cancer diagnostics centre in Eritrea, Szijjártó said. 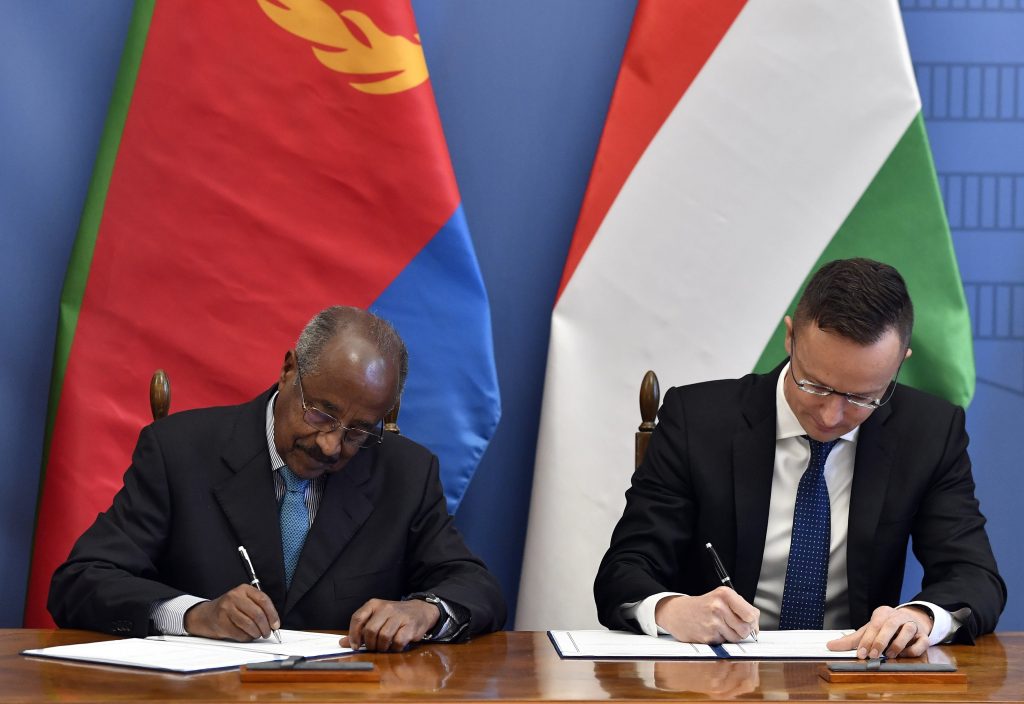 The Eritrean foreign minister said he wanted Africans to stay in their homelands rather than being invited to Europe. He said African and European countries could complement each other and their cooperation could be mutually beneficial. Eritrea is in an important geopolitical situation, which offers many opportunities for cooperation with other countries, he added.