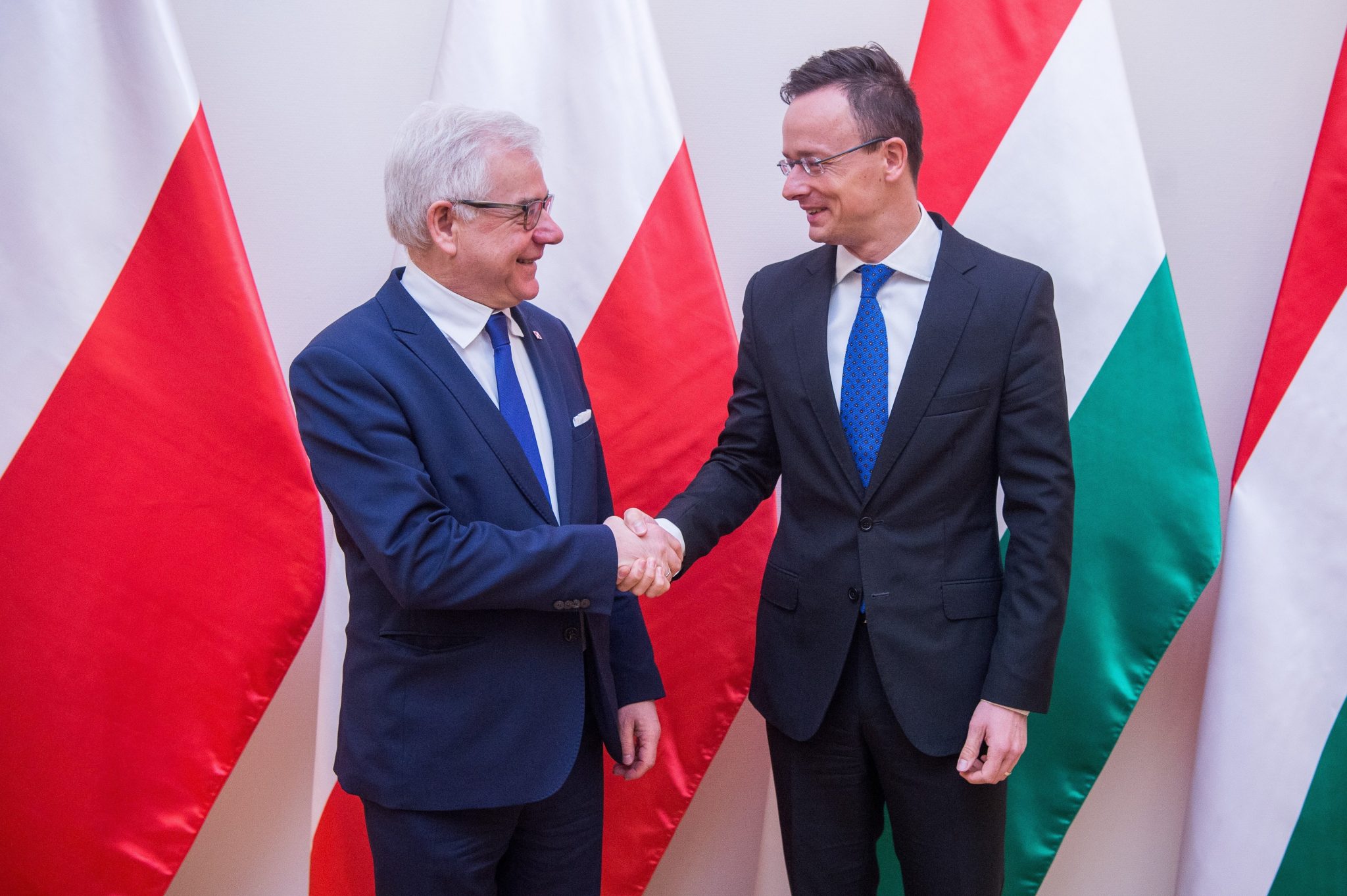 The “pro-migration bureaucrats” in Brussels are pursuing a revenge campaign against Hungary and Poland, but the two countries “can rely on each other”, Foreign Minister Péter Szijjártó said after talks with his Polish counterpart on Wednesday.

Hungary and Poland stand up for their national interests and take a fair and honest position in international debates, Szijjártó told a joint press conference with Jacek Czaputowicz. Both countries also believe that Europe’s Christian heritage must be protected, he added.

“The bureaucrats in Brussels have launched a campaign of revenge” against Hungary and Poland but the two countries “will not give in”, he said.

“The bureaucrats in Brussels have launched a campaign of revenge” against Hungary and Poland but the two countries “will not give in”, he said. Both countries want a strong Europe, which can only be built on strong member states, he added.

The attacks by Brussels lack an authentic reason, they are only based on political motivation because Hungary and Poland do not want to become a country of immigrants and go against Brussels’ migrant policies, he said.

Hungary and Poland were the first countries in Europe that made it clear that they would not vote for the United Nations global migration compact and now they are joining forces to fight off all attempts to “push the compact down countries’ throats” bit by bit, Szijjártó said.

He added that they were in agreement about border protection issues and both believed that it was a task of the state.

Hungary and Poland believe that help needs to be taken to where the trouble is, which is why an orphanage is being built with the support of the two countries’ governments in Homs, Syria, he said. 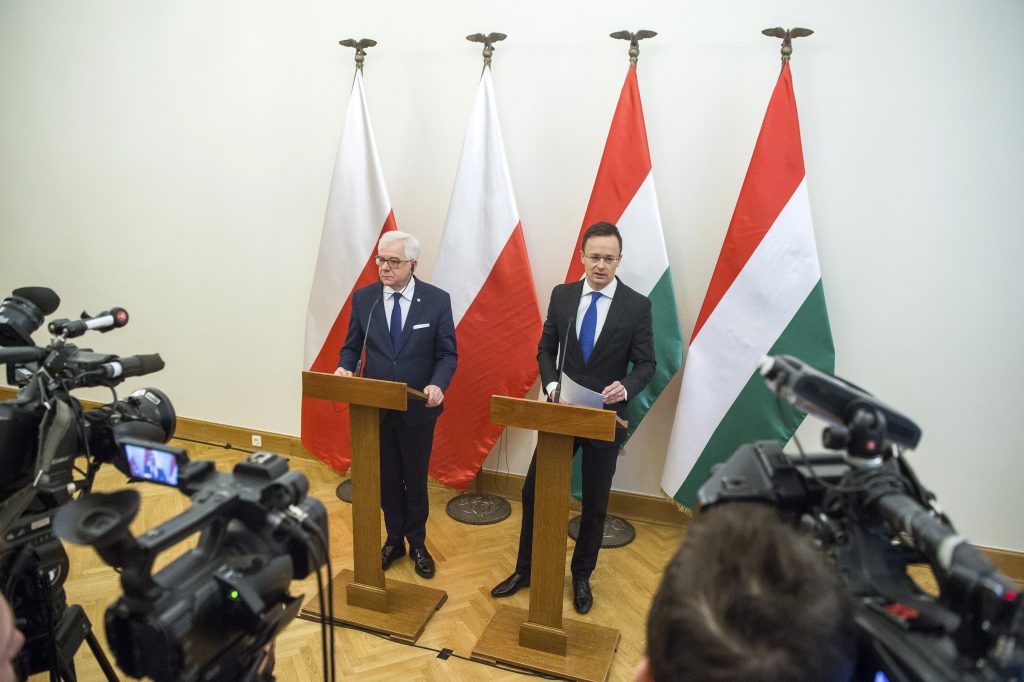 Hungarian and Polish soldiers are fighting side by side and they are involved in a UN mission in Lebanon to secure the country’s stability, Szijjártó said. Some 50 Hungarian soldiers will be serving there, he added.

Szijjártó noted that Poland is Hungary’s fifth most important trading partner, with bilateral trade reaching 10 billion euros last year. A joint plan is to build a fast railway link between Budapest and Warsaw, he said. Hungary will be opening a consulate in Wroclaw in March, he added. 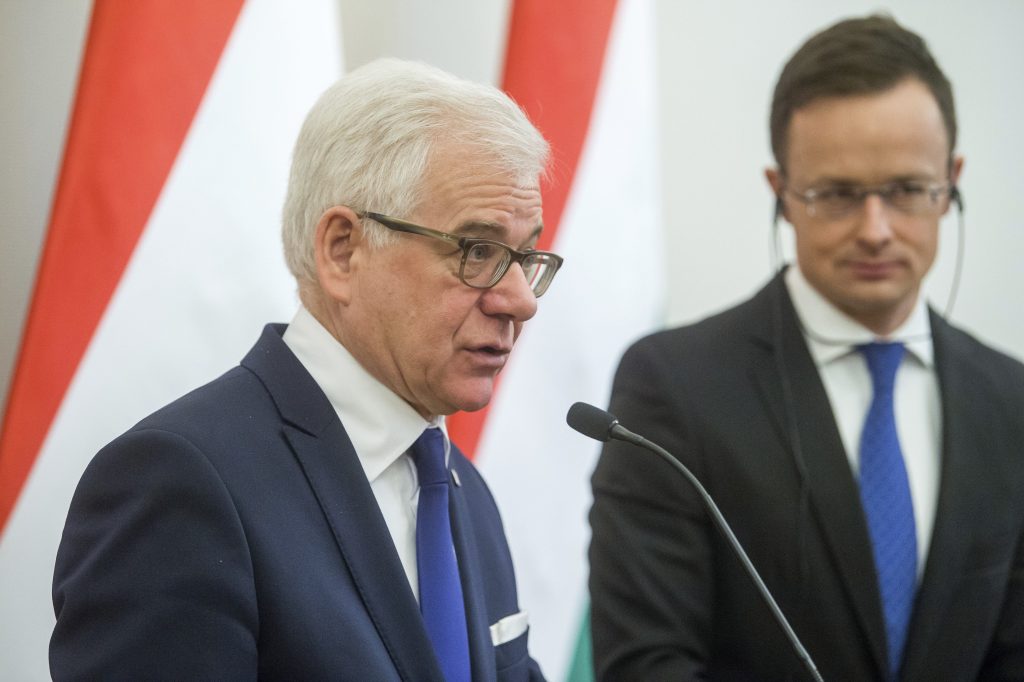 The Polish foreign minister said the EU was going through an important period, with a European parliamentary election coming up, new institutions to be set up and new budgetary frameworks to be developed. “So it is important to strengthen cooperation” between Hungary and Poland, he added.

On the featured photo: Jacek Czaputowicz and Péter Szijjártó. Photo by Zoltán Balogh/MTI