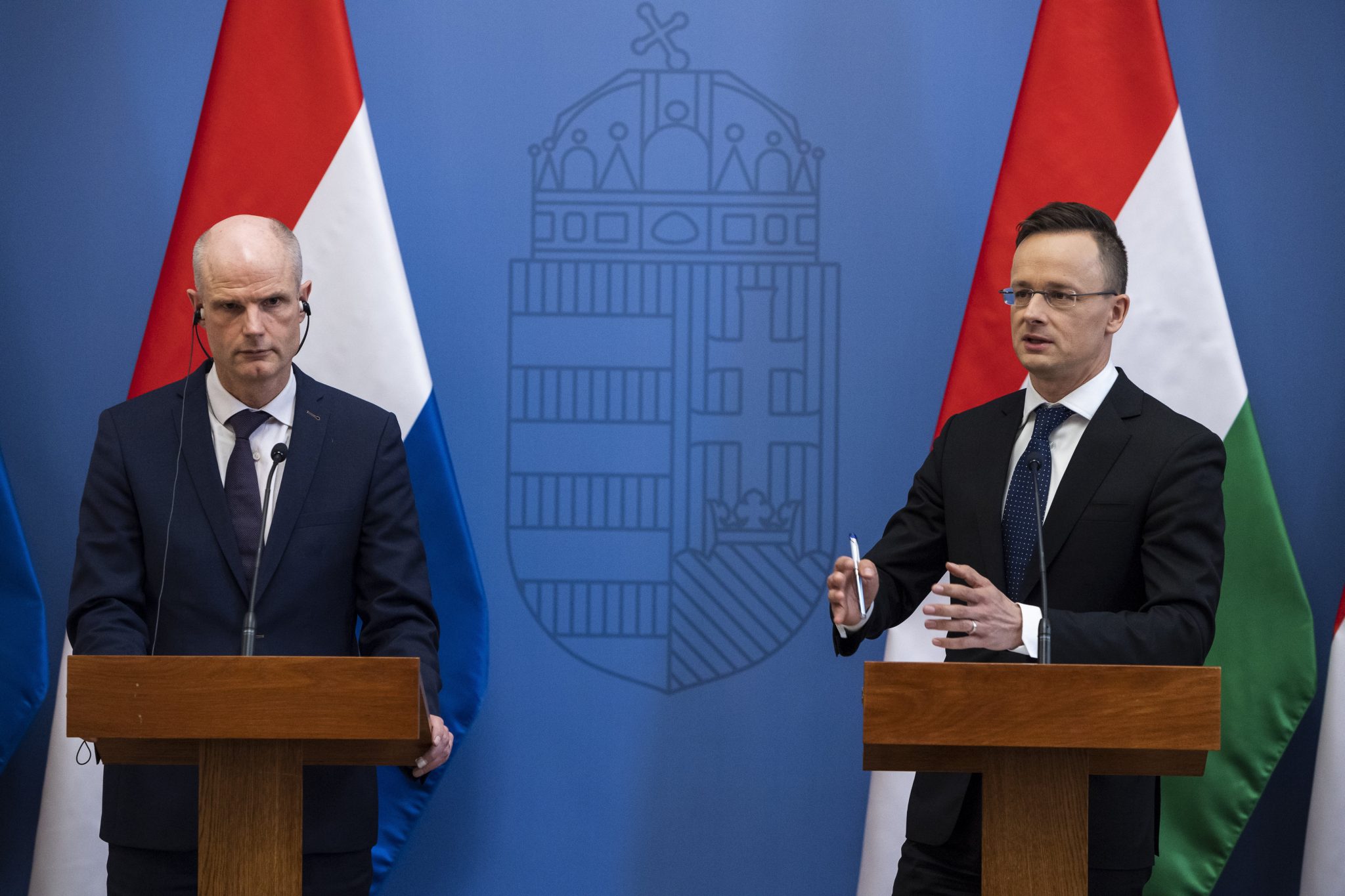 Hungary and the Netherlands “look at the world from different positions” but “they will be able to discuss many issues if they stay on the grounds of mutual respect,” Foreign Minister Péter Szijjártó said on Monday.

At a joint press conference with his Dutch counterpart in Budapest, Szijjártó said that “Hungary gives and expects respect” especially concerning its position that “Hungary’s future should be determined by the Hungarians only”.

Economic and defence achievements are in the focus of Hungarian-Dutch ties, and “calm discussions will contribute to success stories rather than disputes dominating (bilateral) cooperation,” Szijjártó said.

The Netherlands is an important ally for Hungary within the EU and NATO with the two countries cooperating in several areas, Szijjarto said. There are, however, areas such as European politics where the two countries disagree on more issues than on which they are on equal footing, he added.

One such issue is migration, Szijjártó said, attributing the difference to the role immigrants had played in Dutch history.

In turn, Hungary has never been, and will never become an immigrant country”

Szijjártó added that this difference explained why the two countries had voted differently on the UN’s global migration compact.

Hungary and the Netherlands, however, can rely on one another in defence cooperation, he said, noting the 22-strong Dutch contingent serving on the military base at north-western Hungary’s Pápa.

Stef Blok, the Dutch minister, said that bilateral ties are strong; Hungary and the Netherlands are allies within NATO, partners in the EU and have tight business ties, too. As partners, they can discuss differences in their positions and share concerns, he said, adding that “they may not always agree; a respectful and open dialogue is needed”.