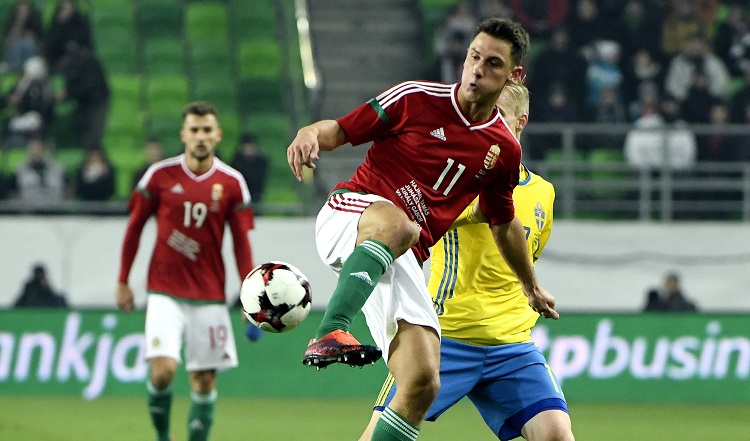 Goals from Sam Larsson and Isaac Thelin saw Hungary defeated in their last game of the season against Sweden at the Groupama Arena in Budapest last night. The international friendly, however, was still a memorable one as four of Hungary’s stalwarts over the last decade – Gábor Király, Roland Juhász, Tamás Hajnal and Vilmos Vanczák – said an emotional farewell to the fans. 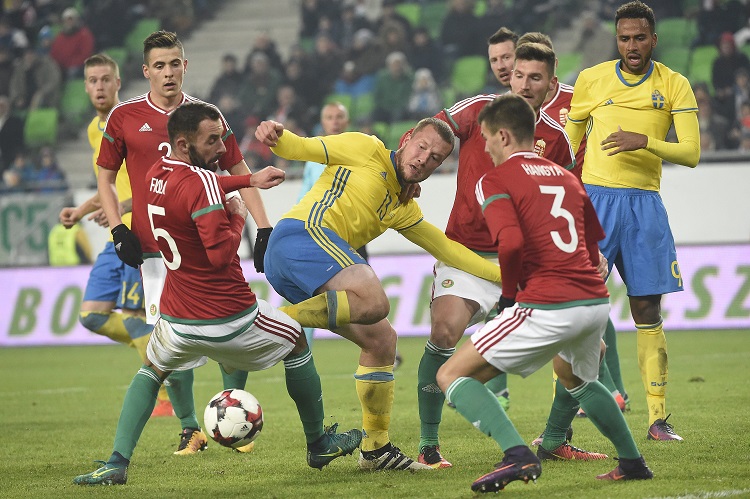 Hungary’s team was almost entirely different from the one which comprehensively defeated Andorra in Sunday evening’s FIFA 2018 World Cup qualifier, only three players featuring on the teamsheet from the 14 players who took to the pitch just two days before. Youngsters Endre Botka, Szilveszter Hangya, Máté Vida, Zsombor Berecz and Dominik Nagy all got the chance to prove their worth to head coach Bernd Storck.

Sweden started the first half brighter and their first major chance was created in the 16th minute when Sam Larsson’s drive from distance bounced out off Király and Sweden striker Isaac Thelin could only crash the rebound onto the crossbar. Hungary were close to hit back in the 26th minute when Németh danced his way through the Sweden defence but his right-footed drive flew a matter of centimetres wide of the far left post.

Two minutes later, Gábor Király was substituted to applause from all sides of the stadium, a fitting farewell to Hungary’s record appearance-maker with 108 caps. Unfortunately for his replacement, debutant Balázs Megyeri, his first touch in international football was to pick the ball out of his net after Larsson fired a free-kick through the defensive wall and into the right side of the goal.

Hungary started the second half much better, but were unable to seriously breach the Swedish defence. However, the opponent managed to score again in the 67th minute when Thelin rifled the ball past Megyeri from a tight angle after twisting his way clear on the left side of the penalty area.

Hungary head coach Bernd Storck said after the game that despite the defeat it was a good learning opportunity for his team. “Many of our players are yet to gain international experience, thus the differences between the two sides were obvius today” Storck said, adding that “they need more international games to continue improving their performance.” Sweden head coach Jan Andersson said he was happy with their performance but still though they could score even more goals. “We did not know the opponent, so we concentrated on our play”, he added.