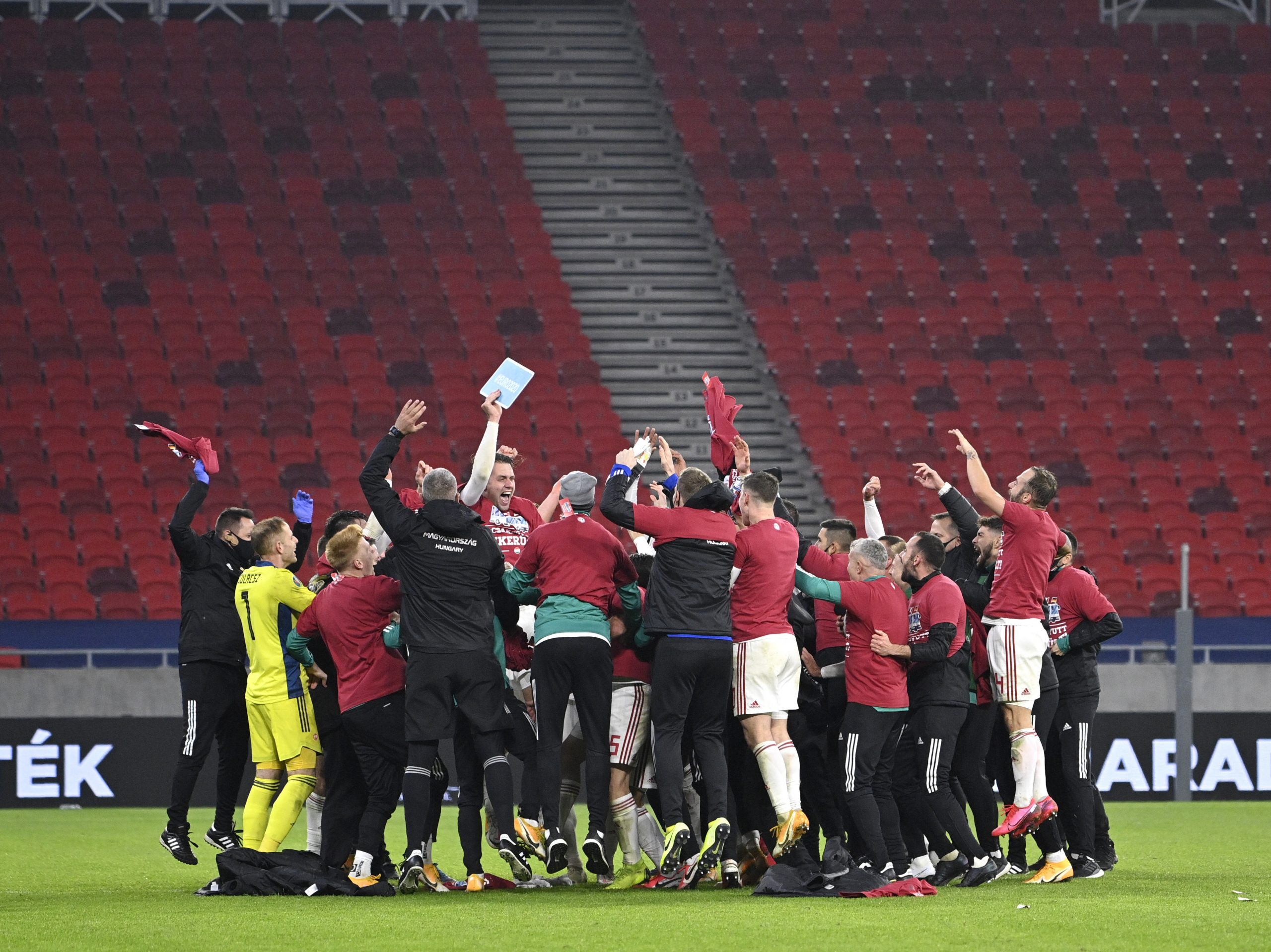 As the Fidesz-led government and namely Prime Minister Orbán views football as a top priority, and pours immense amounts of public money into it, the national team’s glorious performance this year stirred up a tense debate once again. As a result of their dissatisfaction with the government, many couldn’t find delight in the results, while Fidesz supporters and politicians tried to display success as something that confirms the huge state support for football.

For the second time in a row, the Hungarian national football team qualified for the European Championships. In addition, just days later, it surprisingly emerged winner in its Nations League group too, overcoming higher-ranked teams and being promoted to the top flight of that tournament.

Virtually just seconds after the final whistle of the deciding game against Iceland, tense debate broke out domestically involving all angles of the political spectrum. Many of those critical with the government apparently believed that rooting for the national team is equivalent to expressing gratitude to the Fidesz-led political leadership and therefore were rather low-key regarding the obvious success. Meanwhile, some left and liberal commentators criticized their stance, trying to explain that rejoicing in their success doesn’t necessarily mean supporting the government, while on the other hand, these successes do not necessarily come from the government’s excessive football-bound support, they argued. Fidesz supporters tended to depict the accomplishments as proof of the incumbent government’s.

Prime Minister Viktor Orbán’s excessive love of football has long been known. For example, hundreds of billions of TAO money (companies’ “charitable” contributions- a public fund, according to a Supreme Court ruling, but by a new amendment to the constitution the government is trying to redefine the concept of public money) were channeled into football (and other professional sports as well). As a result, big, state-of-the art stadiums have been built financed by public funds or government-friendly companies and state firms. Beside the much-needed and often-used new national stadium and FTC’s new one, smaller towns also got stadiums while the government entrusts allies with their (according to critics often overpriced) construction. Similarly, pricey football academies have been built around the country. In addition, the Hungarian government’s support doesn’t stop at the borders, donating to certain clubs beyond the borders as well- in large part those that have a Hungarian background; however, there are examples of supporting teams in places where the number of Hungarians is scarce. And playing in the NB1 is also something increasingly worthwhile, and except for Újpest and freshly-promoted Budafok, all the clubs in the top flight are in the hands of government-linked politicians or businessmen. All this while healthcare and public education often lacks funds and efficient, long-term solutions, according to critics. In addition, the government’s efforts to mitigate the coronavirus’s impact are also under growing criticism.

To what extent can the successes be attributed to the generous backing is a matter of ongoing debate now. OTP President-CEO Sándor Csányi’s arrival to the presidency of the Hungarian Football Federation (MLSZ) definitely brought a new impetus, stability, and new opportunities in terms of sports diplomacy.

UEFA’s move to expand the European Championship to 24 teams (from the original 16) also came handy for Hungary.

In regard to the players, only one of the key players of the team that fought for the EC qualification actually comes from one of the new academies. In fact, the majority of them (Szoboszlai, Szalai, Orbán, Gulácsi) spent little or no time in NB1 or the academies and instead gained football knowledge elsewhere. A similar ratio could be seen in the 2016’s squad. Although there are some players in the squad from the Hungarian first division, the key players play abroad for years.

Fidesz politicians: results speak for us

Ferencváros’ president was the first Fidesz politician to clearly connect the wins to the government’s actions. Besides listing the football successes reached after Fidesz-KDNP took power in 2010 (thus leaving out Debrecen’s CL qualification from 2009, for example), Gábor Kubatov commented that

“the xenophobia and racism artificially instigated by the government didn’t deter him from choosing Hungary as his homeland;

and that for a fleeting moment many may have forgotten the disgraceful hospital conditions, the chaos called epidemic handling, the unprecedented corruption in Europe, the disintegrated education and the propaganda machine that lied to them!”

Then, after the NL’s victory over Turkey, Foreign Minister Péter Szijjártó didn’t hold back his opinion accompanied with irony. “Fradi in the CL group stage. We made it to the EC. Today we won our Nations League group.

So then: the bellyachers, and those perpetually dissatisfied, those burying football all the time, failed sports economists, those who constantly cry about “why do we need stadiums?” step forward now and tell us why it is not good.

Ok, its enough if they sing in a canon that ‘the night can never end’ [in reference to a popular pop hit that fans chant and (re)burst into the public around the Euro’16 which became a kind of a football-hymn in Hungary]. ”

In his reaction, Momentum president András Fekete-Győr, wasn’t lower key either. “Hi Péter! We’re celebrating together for the sports wins, but for the hundreds of billions you steal with your pals, only you [do]. In the meantime, I would say, as perhaps you can’t see it from your “family-supported” luxury villa [in reference to Szijjártó’s pricey house, which according to his asset declaration he bought thanks to a loan from his family, that he has yet to pay back] that

there are a few hundred thousand people here who have lost their jobs due to the coronavirus, and this government doesn’t lift its little finger for them. Pull yourself together!

Meanwhile, Jobbik-leader-turned-influencer Gábor Vona criticizes both sides, and rather attributes the success to Italian Coach Marco Rossi’s excellence, who after the sobering slap last year in Wales, (after the straight 2-0, the Hungarian team didn’t make the direct Euro qualification) instead of blaming others, had the courage to admit his faults, and to take on deep changes in his working methods and with the national team, something that Hungarians don’t often like to do, Vona argues.