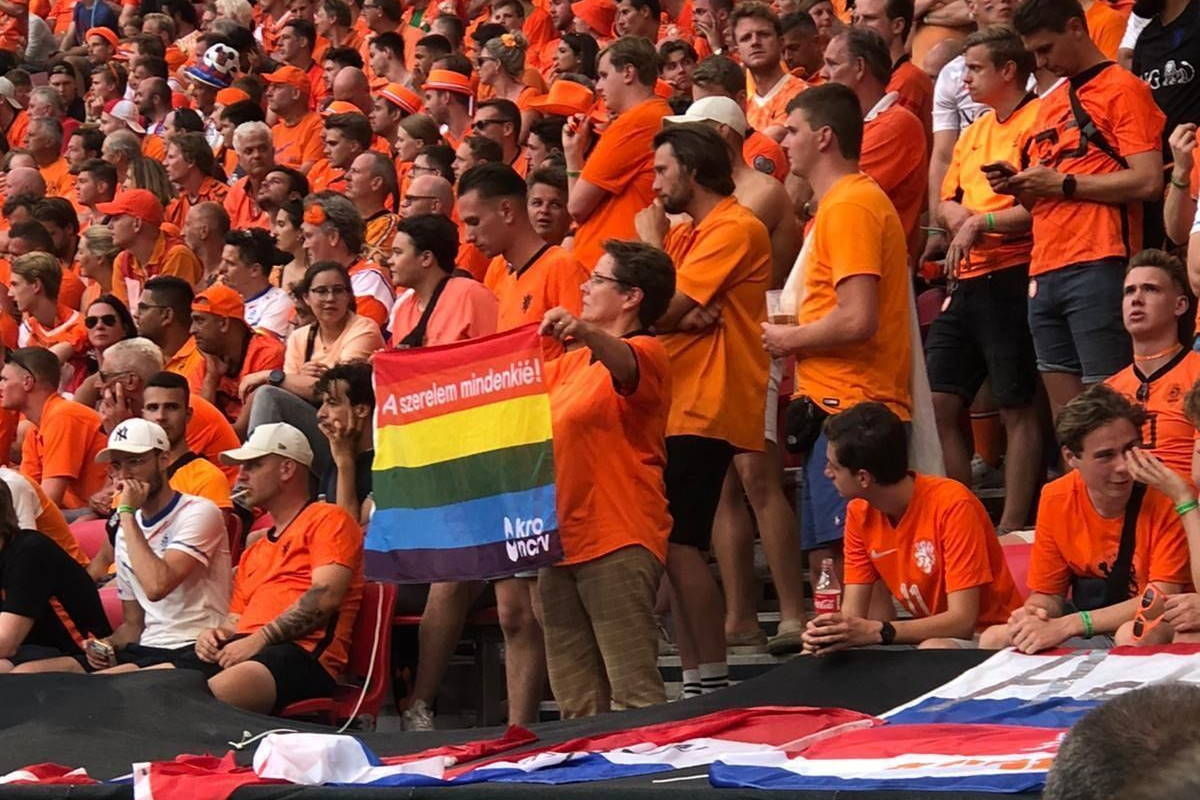 The Hungarian Football Federation (MLSZ) denies that it would have prohibited rainbow flags from the fan zone or the stadium at the round of 16 games between the Netherlands and the Czech Republic, played in Budapest.

The denial comes on the heels of recent news, made public by several Dutch outlets and the Dutch Football Federation (KNVB), that some of the fans have even gotten into conflicts with security staff who declined the entry of such flags. At first, UEFA was thought to be behind the ruling, but their denial soon threw suspicion on MLSZ and the Hungarian authorities (who are similarly authorized to decide on house rules).

MLSZ, however, not only denies the information, but also wants those who were not allowed to take in the emblem to contact them. In response to Magyar Hang, they have even demonstrated photos showing rainbow flags in the stadium.

The game itself was everything a football fan could ask for: a full stadium, two (or rather three with local Hungarians) numerous and cheerful fan bases and excitement up until the last minute where “David” eventually beat “Goliath.” It had some political overtones too, however, mostly originating in the Hungarian government’s recent “anti-pedophile law,” or rather in its additions which contain measures restrictive to the LGBT+ community, putting the Fidesz-led government in the middle of domestic and international debates and criticism once again. Rainbow flags were used at the Hungary-related games and accompanying events to protest against the legislation.

featured image: “Love is for all” via MLSZ