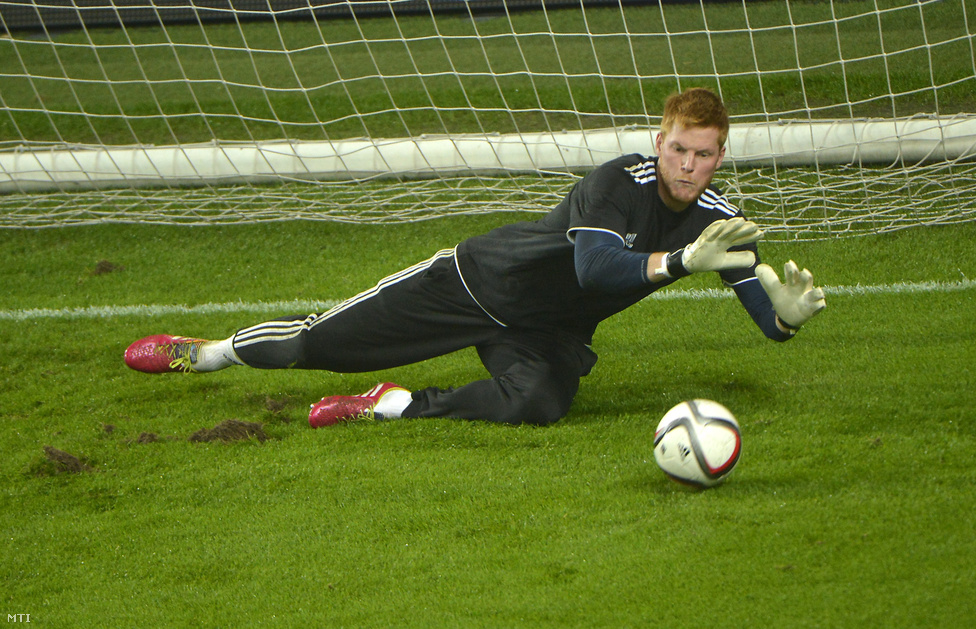 Liverpool have signed the Hungarian Bolton Wanderers goalkeeper Ádám Bogdán on a free transfer after personal terms were agreed, the club announced on its website on Friday morning.

The 27-year-old Hungary international, who has played for the country’s national team nineteen times, will join the Premier League club on 1 July when his Bolton contract expires.

Bogdán made 120 appearances for the Championship side after signing for the Trotters in 2007, which marked the beginning of his international career.

He will provide competition for first-choice keeper Simon Mignolet after the Reds released Brad Jones.

Bogdán made 13 appearances this season and faced Liverpool in the FA Cup fourth round at Anfield in January.

He became first choice at Bolton during the 2011-12 season but his appearances have been limited by injury in the past two terms.

“It is a great honour for me to join one of the world’s biggest and best-known clubs! I can’t wait for to face its challenges. My thanks go to my family and others for their support who helped me get here. Bolton deserves my special gratitude to fulfill my childhood dream of becoming a Premier League defender”, the player wrote on his Facebook page.

The Anfield club have now made three signings this summer after striker Danny Ings and midfielder James Milner agreed switches, subject to medicals.