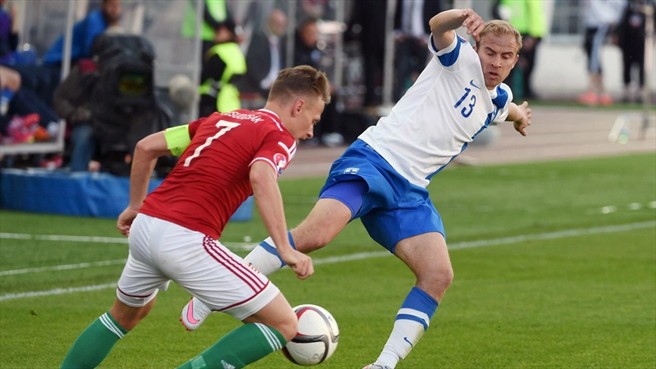 Zoltán Stieber’s spectacular 82nd-minute goal has given Hungary a vital Group F victory and boosted the country’s hopes for qualifying for European Championships while virtually ended those of Finland with a deserved win in Helsinki earned by a late Zoltán Stieber strike. Hungary’s victory against the Nordic country on Saturday evening in Helsinki’s Olympiastadion has meant that Finland trail third-placed Hungary by seven points.Hungary’s next qualifier match will be against Romania on 4 September.

On a run of five straight defeats, including three in Group F, Finland were desperate for a result and their nerves showed as early passes went astray. Zoltán Gera, Stieber, and Balázs Dzsudzsák all had chances for the visitors but as the first half went on Finland began to settle and deny Hungary clear-cut opportunities.

Shortly after the interval Hungary came close to a breakthrough as substitute Krisztián Németh managed to get the ball past onrushing Finland goalkeeper Lukas Hradecky, but covering centre-back Markus Halsti cleared the danger. After that Finland took more control and were able to create a few half-chances themselves, particularly in the 65th minute when a Roman Eremenko shot was well saved by Hungary goalkeeper Gábor Király.

However, with eight minutes to go, a half-cleared ball fell perfectly for midfielder Stieber, who returned it with interest past Hradecky from 30 metres. Finland, fourth in the section, are now seven points behind third-placed Hungary, who have kept the pressure on Romania and Northern Ireland – both of whom they face in September.