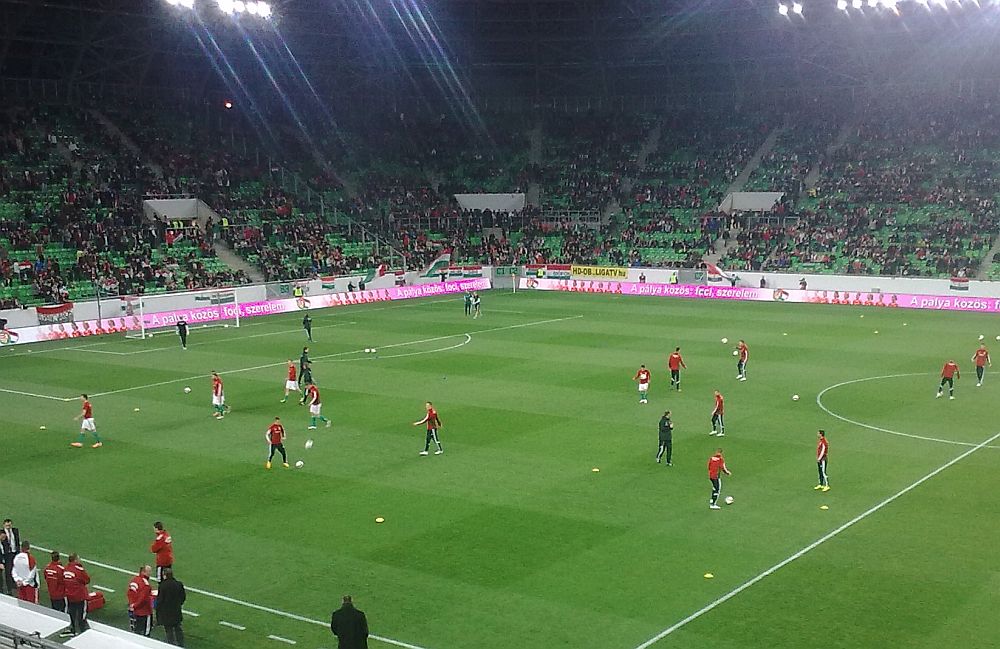 The Hungarian national football team met Greece yesterday evening at Budapest’s Groupama Arena for European Championship qualifiers and played a 0-0 draw with the Mediterranean country’s team. The result means that Greece, who have scored only a single goal in the five European Championship qualifiers so far, are now behind the Faroe Islands in the qualifying group and have lost their chance to play at continental championships.

The result means that Hungary is now in third place out of the six national teams in Group F to qualify got Ruropean Championships next year. Romania is in first place with 13 points, followed by Northern Ireland with 12, Hungary with 8, Finland with 4, the Faroe Islands with 3 and Greece with 2.

Following the match, Hungary coach Pál Dárdai said that he will not “enter into explanations because of a 0-0”, as Hungary is in third position in its group after half of the qualifying matches and the maintenance of this performance could mean that the country will qualify for European Championships. The match, held at Budapest’s new Groupama Arena, was attended by 22 000 spectators.

The national team is to meet Finland for it next qualifying match on 29 June.