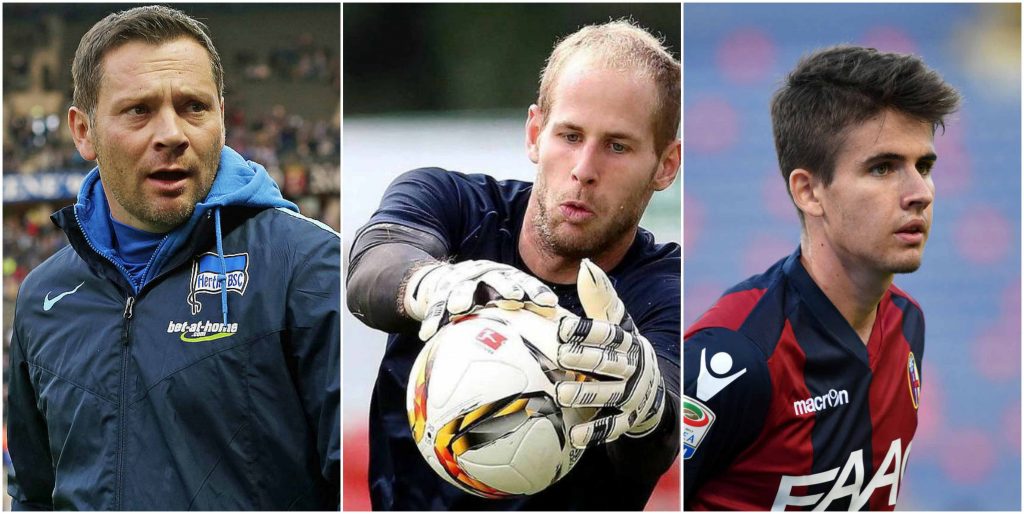 Hungarian head coach Pál Dárdai has extended his remarkable success run with German first division side Hertha BSC. The Berlin-based club were host by Bundesliga giants Borussia Dortmund last Friday and were close to deliver a huge upset in the 7th round of the league. Although Hertha took the lead after the break, Dárdai’s men had to settle for a draw after Pierre-Emerick Aubameyang’ late equalizer. Hertha have now won 4 and draw 2  in seven league games, earning the 4th position of the leauge table just three points behind first-placed Bayern Munich. Pál Dárdai, a former head coach of the Hungarian national team, had been thought by the bookies as one of the most likely candidates for an early sacking among Bundesliga managers, however, the Hungarian confounded critics with a very impressive start to the season, leading Hertha BSC into the Bundesliga elite instead of a desperate relegation dog-fight.

The German sport press is also full of praise for the talented goalkeeper of the Hungarian national team. RB Leipzig goalie Péter Gulácsi has once again kept a clean sheet against last season’s Champions League surprise package Wolfsburg. Liepzig won the game against the green wolves on Sunday 1-0 away from home, rising to the third place of league table. The recently promoted and massively underestimated  RB Leipzig have proved to be the biggest upset of the German football season with Péter Gulácsi playing important role in their success. The 26-year-old former MTK Budapest, Liverpool and Salzburg goalkeeper, who was signed for his current club in 2013, has conceded only 5 goals in 7 appearances so far in the season. After Hungary legend Gábor Király’s retirement from international football, Gulácsi has also become the number one goalkeeper of the national team.

Meanwhile Hungary’s defensive midfielder Ádám Nagy also enjoys a great season with Italian first division side Bologna. Nagy, regraded by many as the most promising Hungarian footballer of recent times, joined the Serie A team from Hungarian champions Ferencváros during the summer for 1,5 million euros after a very impressive Euro 2016 performance. Despite his young age and lack of experience in Italy, Nagy has quickly become an important first team player in Bologna as he played a full match against Lazio last weekend. The game ended up with a 1-1 draw as a result of a heart-breaking stoppage time equalizer for the Rome-based home team. According to the match report by local journal Bologna Today, the Hungarian midfielder “fought like a lion on the pitch.” The club’s TV channel even made an interview with Ádám Nagy, who still learns Italian, therfore he rather answered the questions in English: