According to wire service Reuters, “around 4,000-5,000 demonstrators” walked through downtown Budapest last Saturday as part of a satirical ““March of Peace for the Government and Russia… and Against Everything Else.”

This mock ‘rally’ comes on the heels of weeks of protest following passage of an amendment to Hungary’s higher-education law that has been widely seen as an attempt to target The Central European University (CEU). This new amendment also appears to be a part of the Fidesz-KDNP government’s attempts to paint Hungarian billionaire George Soros (who founded CEU over 25 years ago) as the real opponent in the upcoming 2018 election. 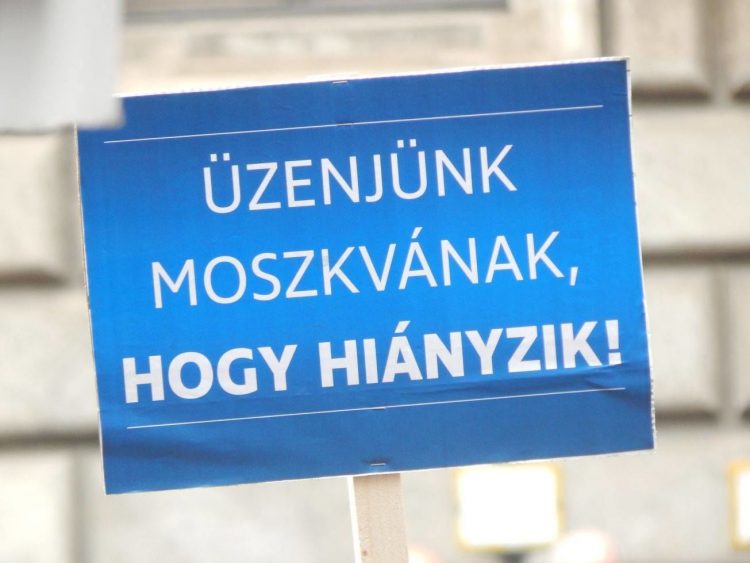 In a satiric twist on the government’s “Let Us Tell Brussels” billboard campaign, this sign reads “Let us Tell Moscow, That We Miss Them.” (Photo: 444.hu- Gábor Merkl)

Hungarian wire service MTI reported that Two-Tailed Dog leader Gergely Kovács addressed the crowd, telling them in a tongue-in-cheek address that this protest was aimed at “retaking the streets from a few dozen people” who had recently demanded that “billions of migrants should be re-settled in Hungary”. He also demanded that the Russian Ruble be introduced as Hungary’s official currency.

Participants in the demonstration held up signs mocking Orbán’s perceived Russian-friendly policies, as well as his anti-EU rhetoric. The signs were sarcastic twists on some of the government’s own slogans, such as: “Ban demonstrations!”, “Down with freedom of speech!”, “No pensions!”, and “We won’t allow Soros-financed provocateurs to disturb the March of Peace!”. Many attendees chanted slogans such as “No more elections!”, “Out with civil groups” or “Russian tanks to Hungary!”.

A sign mocking the perceived authoritarian tendencies of the Orbán government, by adding a cross to the top of the seal of the Communist-era People’s Republic of Hungary (Photo: 444.hu- Gábor Merkl)

During the march, communist-era songs were played from loudspeakers on a van.

At the end of the event, organizers issued an “official” declaration of war on Brussels. According to these organizers, the ‘rally’ was supposedly attended by “30 million people”.

In explaining why she took part in this mock ‘rally,’ 17-year-old Laura Kelemen told Reuters that “The Fidesz party is slowly dismantling democracy.”

You can see more photos of the ‘march,’ as well as some of some of the signs held by attendees, below: 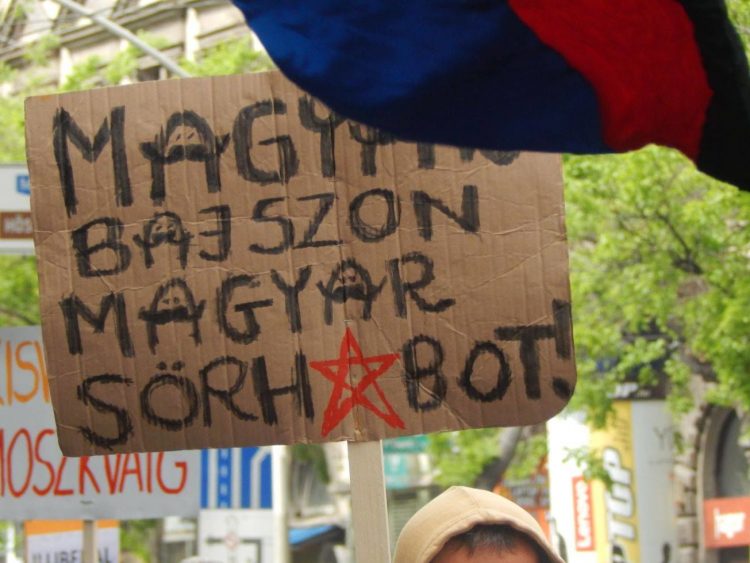 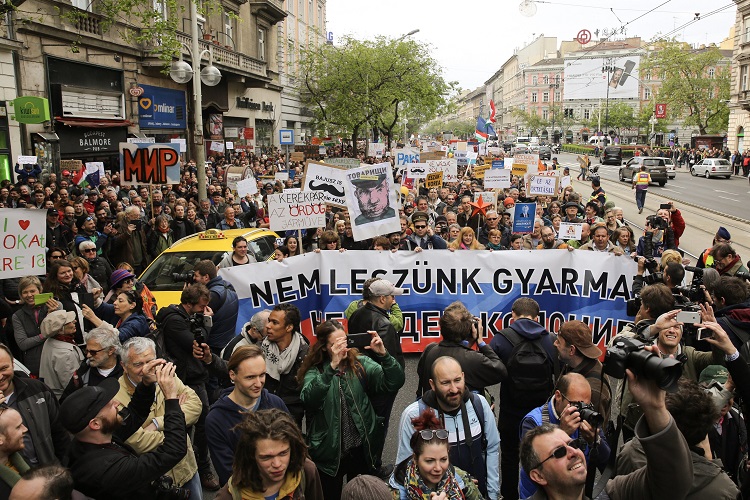 Demonstrators at Saturday’s mock rally holding up a Russian-flag banner embalzoned with the words “we won’t be a colony” in Hungarian and Russian (Photo: MTI- Balázs Mohai) 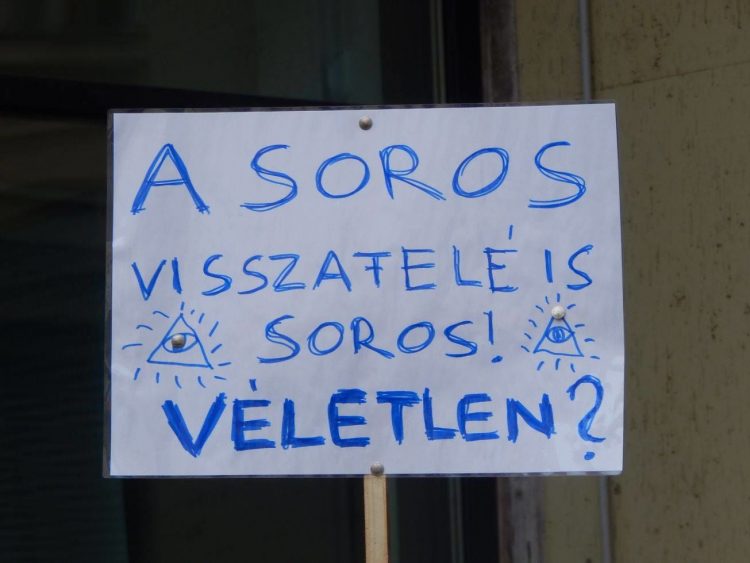 Via MTI, Hungary Matters, and Reuters