In the midst of an election campaign in February of last year, the European Anti-Fraud Office (OLAF) announced it had uncovered “serious irregularities” and “conflicts of interest” related to an EU-funded street lamp project. The project’s contracts were won by a company partially owned by István Tiborcz, Prime Minister Viktor Orbán’s son-in-law.

The story seemed to finally be on the verge of disappearing from the media until Hungarian MEP Benedek Jávor revealed he had received confidential information from various EU and Hungarian sources claiming the Hungarian government is no longer seeking EU funding for Elios’ projects.

Jávor discussed the reveal on his blog :

“This is basically a confession that István Tiborcz’s (occupation: son-in-law) business interest appropriated EU funds in an illegitimate and corrupt way.”

The current chair of the Budgetary Control Committee Ingeborg Gräßle spoke to leftist Hungarian daily Népszava about the case. She said it was a “wise move” on the government’s part to separate Elios’ invoices from the rest of the EU project. “EU institutions don’t have to deal with the issue anymore, but it’s not solved. It has just become a burden for Hungarian taxpayers,” she said.

Jávor pointed out that such projects are usually financed in advance by the Hungarian government and all invoices are later submitted to the European Commission. Jávor claims the government failed to convince the Commission that OLAF’s findings are unfounded; therefore, they omitted the invoices in question from the submitted package.

But, according to the Ministry of Innovation and Technology, 100 percent of EU funds were drawn down and there was no dispute between the government and the Commission.

The ministry claims the government usually sends more invoices to Brussels than the EU budget allows. Therefore, if some projects are disqualified from EU funding, Hungary can still utilize 100 percent of its EU subsidies. Apparently, this is very common in the EU as the European Commission regularly disputes projects.

Last November, a national police spokesperson announced the termination of the investigation against Elios Innovative due to an absence of crime. The police allegedly reviewed a “substantial amount” of documents and concluded that no crime was committed. 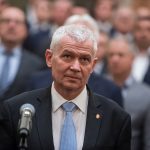 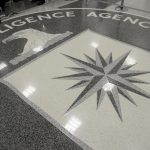