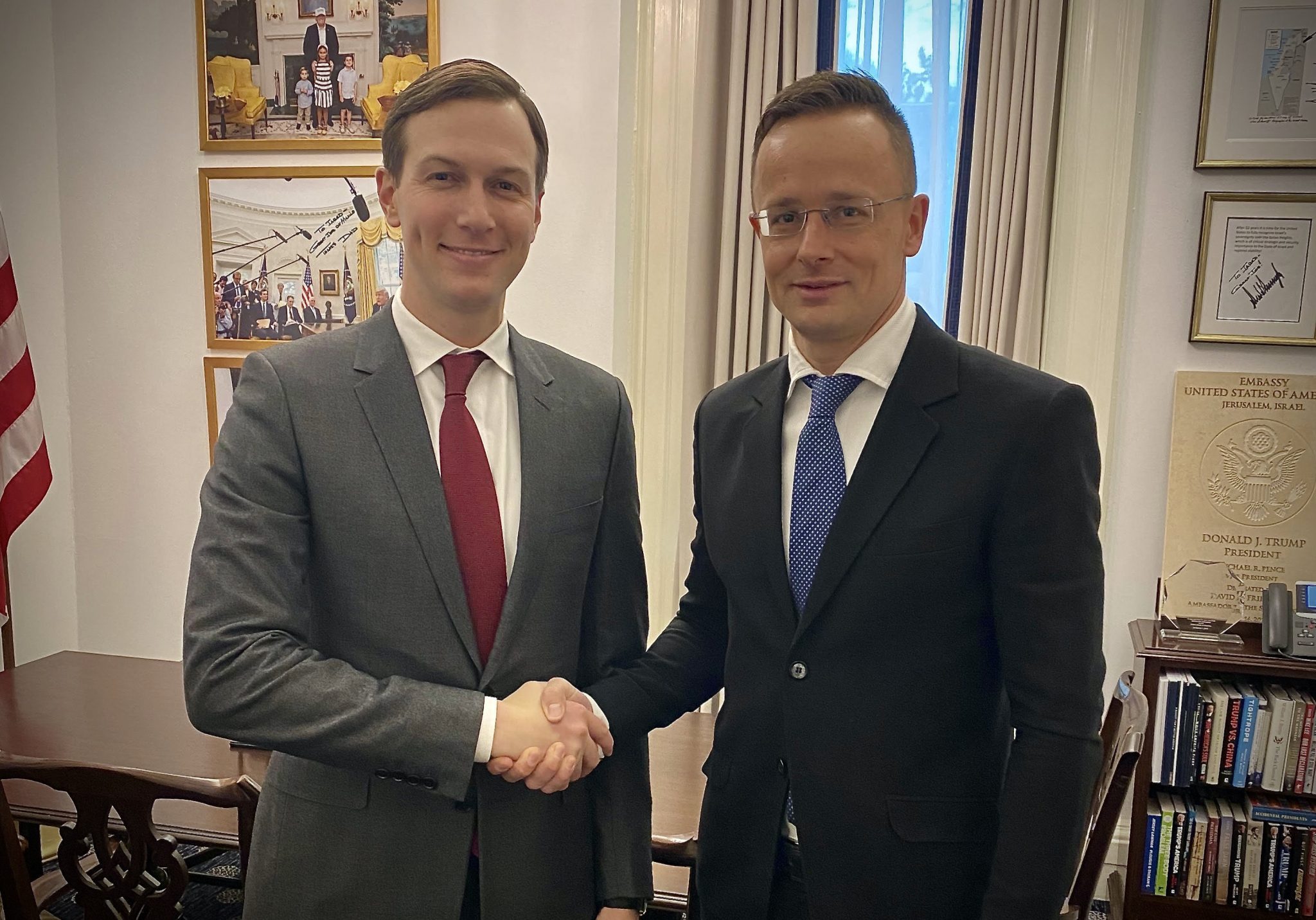 Speaking to MTI, Szijjártó said US President Donald Trump’s peace plan for the Middle East could pave the way for securing peace and stability in the region.

The minister said the plan was in line with the Hungarian government’s principles regarding Israel, namely that the international community must apply a balanced approach to the country, that the achievement of a two-state solution must be based on direct talks and the need to carry on with the fight against terrorism.

Hungary does not support the imposition of trade embargoes against Israeli companies or that European Union institutions should give in to pressure from certain member states to represent an “anti-Israel” stance in the United Nations, Szijjártó said. It also opposes resolutions by the UN “that serve only to create tension”, he added. He expressed hope that Israel and Palestine would be prepared to hold direct talks. Meanwhile, Szijjartó warned that allowing terrorist groups to regain a hold in the region would set off new migration waves towards Europe.

Szijjártó said previous efforts to resolve the Israel-Palestine situation had failed for a variety of reasons. One of these, he said, had been that international political players had represented “an unbalanced, prejudiced and unfair” approach to Israel, while proposals that aimed to resolve the deadlock had been unsuccessful.

“New momentum, something new is needed so that the [peace] process can pick up again and so that there can be a realistic chance for success,” he said. 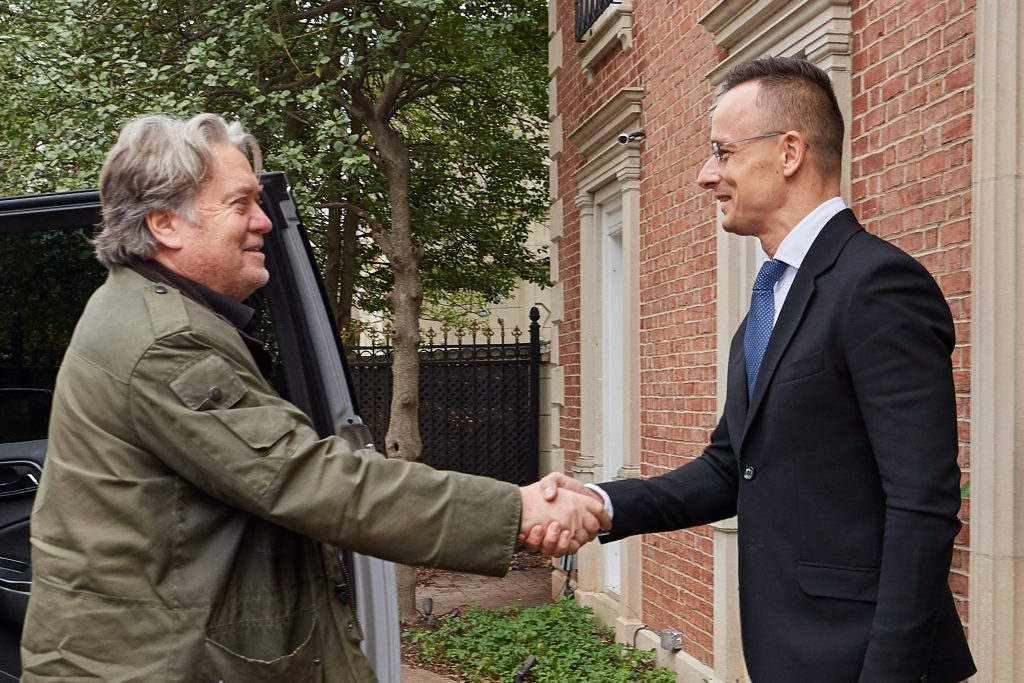 Steve Bannon and Péter Szijjártó in Washington. Photo by Ministry of Foreign Affairs and Trade

In the featured photo (from left to right): Jared Kushner and Péter Szijjártó. Photo by Ministry of Foreign Affairs and Trade