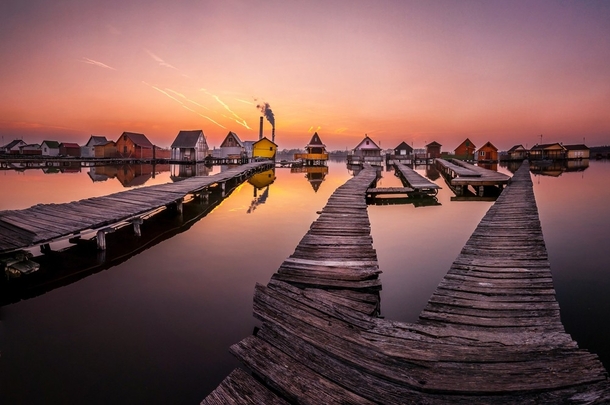 Stunning images depicting the “floating village” of Bokod in Komárom-Esztergom county, to the northwest of the Hungarian capital Budapest, have become an international Internet sensation.

The “floating” neighbourhood of holiday huts standing on stilts in the local lake is unique because the lake’s water remains fluid even in the winter due to the heat generated by a nearby power plant, which makes it suitable for fishing round the year, to the delight of the passtime’s local fans.

However, the “floating” houses are not the only well-known attraction of the area; hidden in the forest some 8 kilometres from Bokod are the ruins of the Benedictine Vértesszentkereszt Abbey, deserted in 1543 when the Turks seized the nearby town of Tata.

The village of 2000 inhabitants, near the industrial town of Oroszlány, has even begun attracting the attention of Hungarian celebrities, with András Kállay-Saunders – the singer who represented Hungary at the 2014 Eurovision Song Contest, finishing in fifth place – shooting the clip of his 2014 single “Juliet” at the lake in the summer of that year. 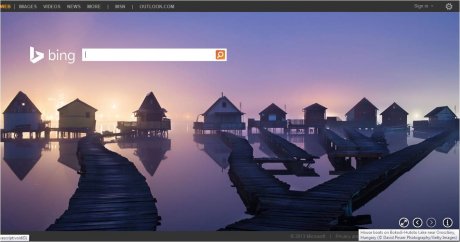 The extraordinary location also features as the background image of the online search engine Bing on 8 November 2013.