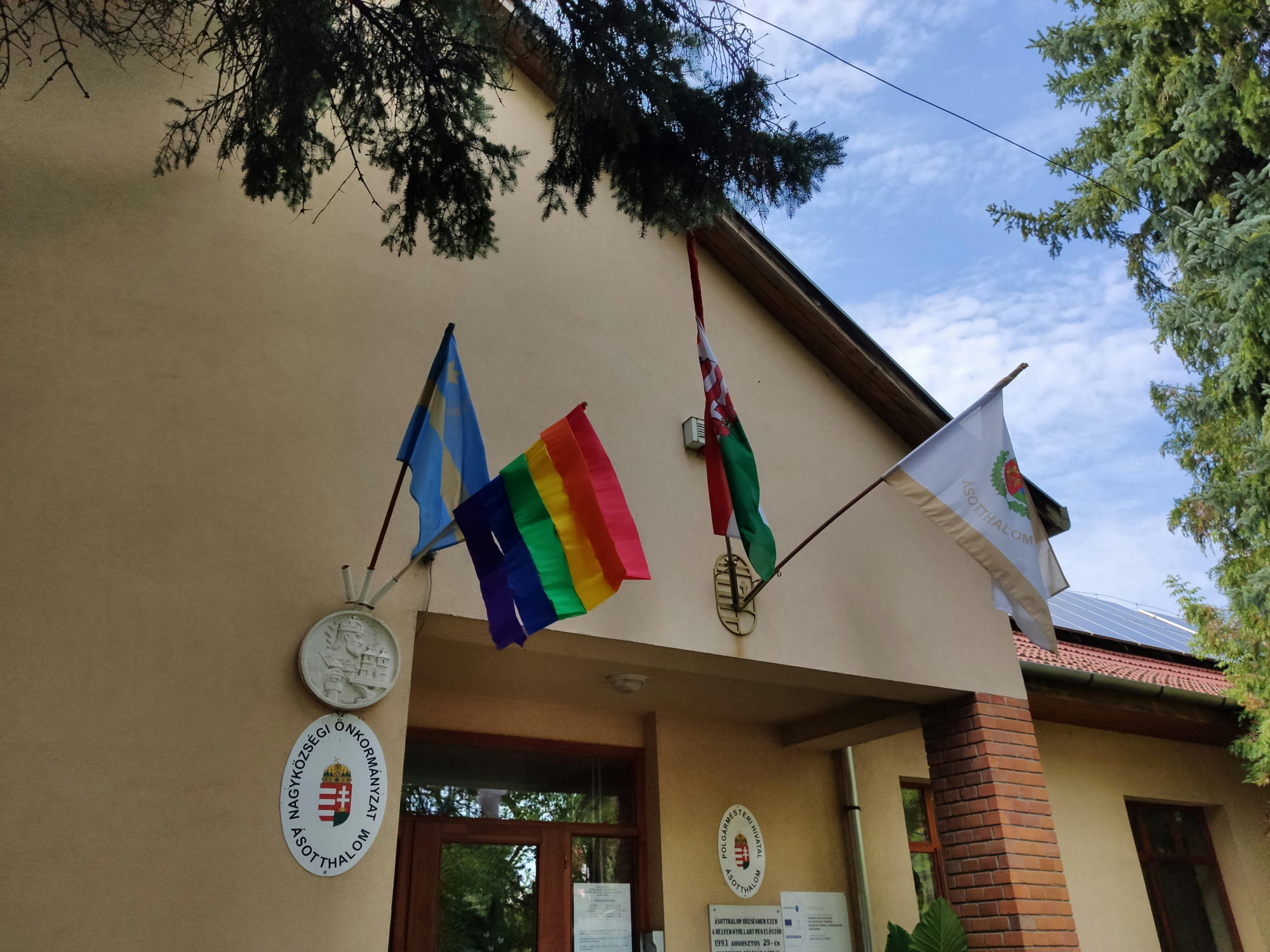 The flag war continues and Liberal Momentum’s activists hung out a rainbow flag on the town hall of Ásotthalom. The destination was picked due to the fact that the town is led by far-right Mi Hazánk’s (Our Homeland) leader, who recently announced they would initiate a referendum in order to ban the display of LGBTQ flags in public institutions and ‘homosexual propaganda’ in schools. László Toroczkai said he would press charges against Momentum.

It was over the weekend that Momentum Movement’s activists displayed a handmade rainbow flag on Ásotthalom’s Town Hall.

Ásotthalom, a town by the Serbian border that was particularly exposed during the migration crisis, has been led by Toroczkai since 2013. He first ran for the position as an independent candidate, then as a Jobbik member, and after he quit the center-leaning once far-right party, he was reelected in the colors of his own new far-right party, Mi Hazánk.

According to Momentum’s statement, “the office of Ásotthalom, headed by the president of homophobic Mi Hazánk, László Toroczkai, also got the appropriate decoration for Pride Week,” later explaining that the party members “want to view Hungary and its cities as a place where it is not the hatred that forges the communities, but rather helping and accepting each other- that is why the rainbow flag must fit alongside the Hungarian, EU, and Szekler flags. We won’t take away, but rather display these symbols.”

This was not only anti-democratic and illegal, but also a “cowardly” act by Momentum, Toroczkai commented, claiming that the symbol of the “satanic LGBTQP+ grouping” was only displayed for taking a photo at a time when the office was closed. Therefore, they only learned about it from the press, he added. He also announced that he would press charges. Public institutions shouldn’t be used to promote deviancy,” he argued.

In total, 30 embassies and 9 cultural institutes welcomed the Budapest Pride Festival and condemned the discrimination and violence faced by the LGBTI community in the wake of two incidents that occurred over the weekend. Meanwhile, a right-wing radical group tried to enter a cultural hub where Pride Festival events were being held. As we […]Continue reading

Meanwhile, János Bencsik, now independent but formerly a Jobbik member who also served as the party’s Budapest president, argues that there are perhaps more important things to deal with now. “Once everyone hung out, took off, set on fire, re-sewed, exchanged, stole back their favorite flag, we could start talking about