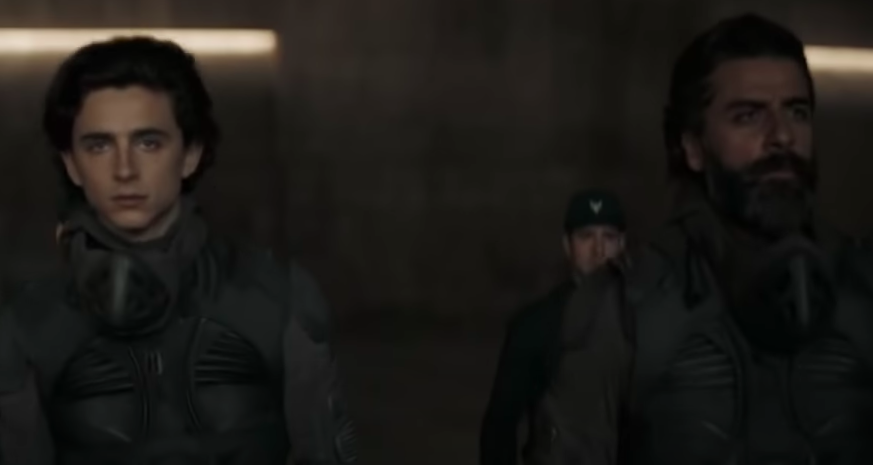 Officially, the shooting of the film ended in July 2019 in Hungary, but as with all large-scale movies, additional shooting is common, so the crew returned to shoot further scenes for the monumental sci-fi movie this August. Now the first official trailer of the film has dropped and shows some key moments from Villeneuve’s take on Frank Herbert’s iconic novel. The star-studded cast includes Timothée Chalamet, Rebecca Ferguson, Oscar Isaac, Stellan Skarsgård, Zendaya, Jason Momoa, Josh Brolin, Dave Bautista, and Javier Bardem.

‘Dune’ will be shown in two parts, the first part is said to debut in domestic cinemas on December 17th if the post-production goes well and the coronavirus epidemic also allows it.

The trailer was unveiled alongside a Q&A session hosted by Steven Colbert, featuring Villeneuve and members of the cast discussing their take on the upcoming film:

‘Dune’ is a feature adaptation of Frank Herbert’s science fiction novel about the son of a noble family trying to avenge his father’s death while saving a space planet. The film is directed by Denis Villeneuve. His previous works include ‘Arrival,’ ‘Prisoners,’ and ‘Blade Runner 2049,’ which was shot in Hungary a couple of years ago with actors Harrison Ford and Ryan Gosling. The film features Timothée Chalamet, Jason Momoa, and Oscar Isaac, who have been spotted several times on Budapest’s streets during the shooting of the film.

featured photo: screenshot from the trailer of Dune