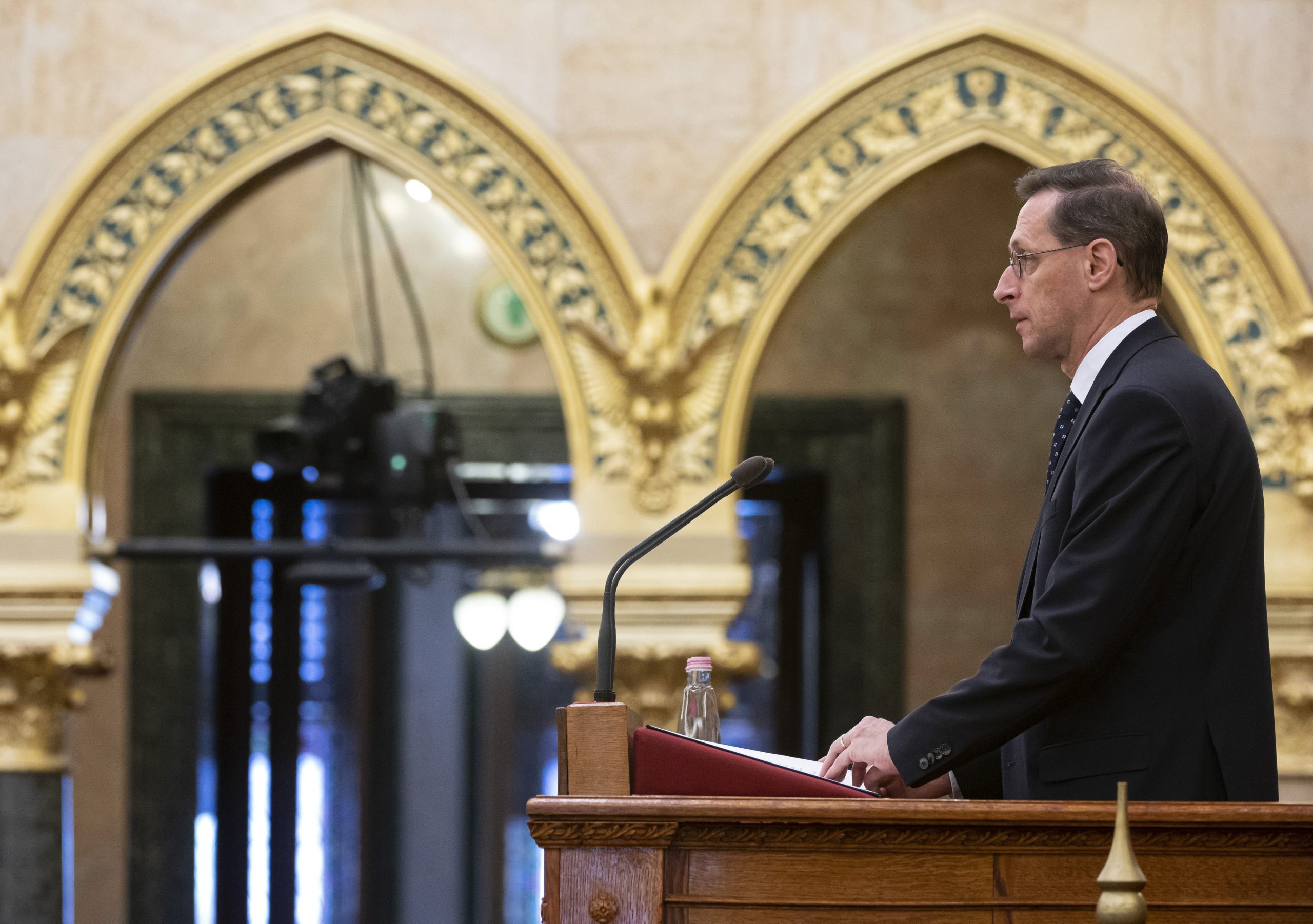 The 2022 budget is devoted to relaunching Hungary’s economy, Mihály Varga, the finance minister, said during a presentation of the draft budget to lawmakers on Wednesday. The opposition, on the other hand, criticized the plan.

The fact that the budget is being submitted as early as the spring will in itself help to kickstart the economy, he said, adding that the action plan to get the economy’s ball rolling was modern Hungary’s biggest economic programme ever.

Varga insisted that the plan would give everyone affected by the epidemic the chance to make a recovery.

Budget funds will be channelled towards helping anyone who has lost a job back into the labour market and every entrepreneur who has been forced to shutter their business to restart and even develop it.

The budget focuses on supporting families and businesses, investments that create jobs, as well as developments in health care and higher education.

The minister said that by 2030 Hungary aimed to be among the five best performers in the European Union. He said Hungarian policymaking eschewed austerity and favoured subsidies and tax cuts instead. At the same time, the budget deficit and public debt were being set on a declining path once more, he added.

The government targets an economic growth of 5.2 percent, with a deficit target of 5.9 percent of GDP and public debt of 79.3 percent. Fully 7,308 billion forints (EUR 20.3bn) is pencilled in to restart the economy.

The draft 2022 budget is 483 billion forints larger than this year’s, Varga noted earlier.

In order to manage risks, a 233 billion forint reserve fund has been set aside in the budget, the minister noted.

The Fiscal Council (KT) called for stronger and swifter measures to reduce the budget deficit and public debt ratios so that fiscal balance is restored more rapidly. Árpád Kovács, the council’s head, told lawmakers that measures were needed to prevent the economy from overheating. He said that at the same time the deficit level in the draft was justified for the time being in order to secure the government’s aims of relaunching the economy.

He warned, however, that big increases in household consumption and private sector investment activity combined with stimulus measures could cause the economy to overheat, pushing up inflation and putting the external balance at risk.

The head of the State Audit Office said the budget would build on last year’s economic protection measures while looking forward to areas underpinning the country’s long-term recovery with modernising elements. László Domokos said that at the same time sticking to the rule on consistently lowering the public debt and improving the budget balance would gain Hungary significant competitive advantage even in the short term.

Whereas further investments were likely, he added, any new waves of the coronavirus epidemic could affect budget feasibility.

In the parliamentary debate on the proposal, Erik Bánki of ruling Fidesz said the budget aimed to help all Hungarians benefit from the country’s progress.

After launching a comprehensive economic protection plan in response to the coronavirus pandemic, Hungary has a good chance of becoming a “winner of the post-pandemic era”, he said. The protection of families and entrepreneurs, the support of investments creating jobs, as well as of health care and education, will give the economy new momentum, he said.

Jobbik MP Dániel Kárpát Z said the draft would result in “the most cruel budget in Europe” which ignored entire social groups. He said the government was presiding over a “social catastrophe”, and he denigrated “the high VAT on basic foodstuffs”. He also said the details of major spending items had been omitted from the draft.

Bertalan Tóth, the leader of the Socialist Party, lambasted the budget as “a budget to bolster the Fidesz economy” and “a revenge budget”. The budget should build the country and help the people rather than “taking revenge on them”, he said. “Taxpayers’ money should not be spent on useless things so only the privileged one percent benefits,” he said.

Socialist lawmaker Attila Mesterházy said the budget was “also a choice of values”. The government gives to those who’ve already accumulated wealth rather than helping those with very little lobbying power, he said.

The Democratic Coalition (DK) said the budget was about “chasing pipedreams”. Lawmaker Laszló Varju insisted the government’s estimate of next year’s growth was too high, while it failed to meaningfully reduce the deficit. He called the budget “a political and PR budget focused on power and next year’s elections, and on the interests of [Fidesz] loyalists.”