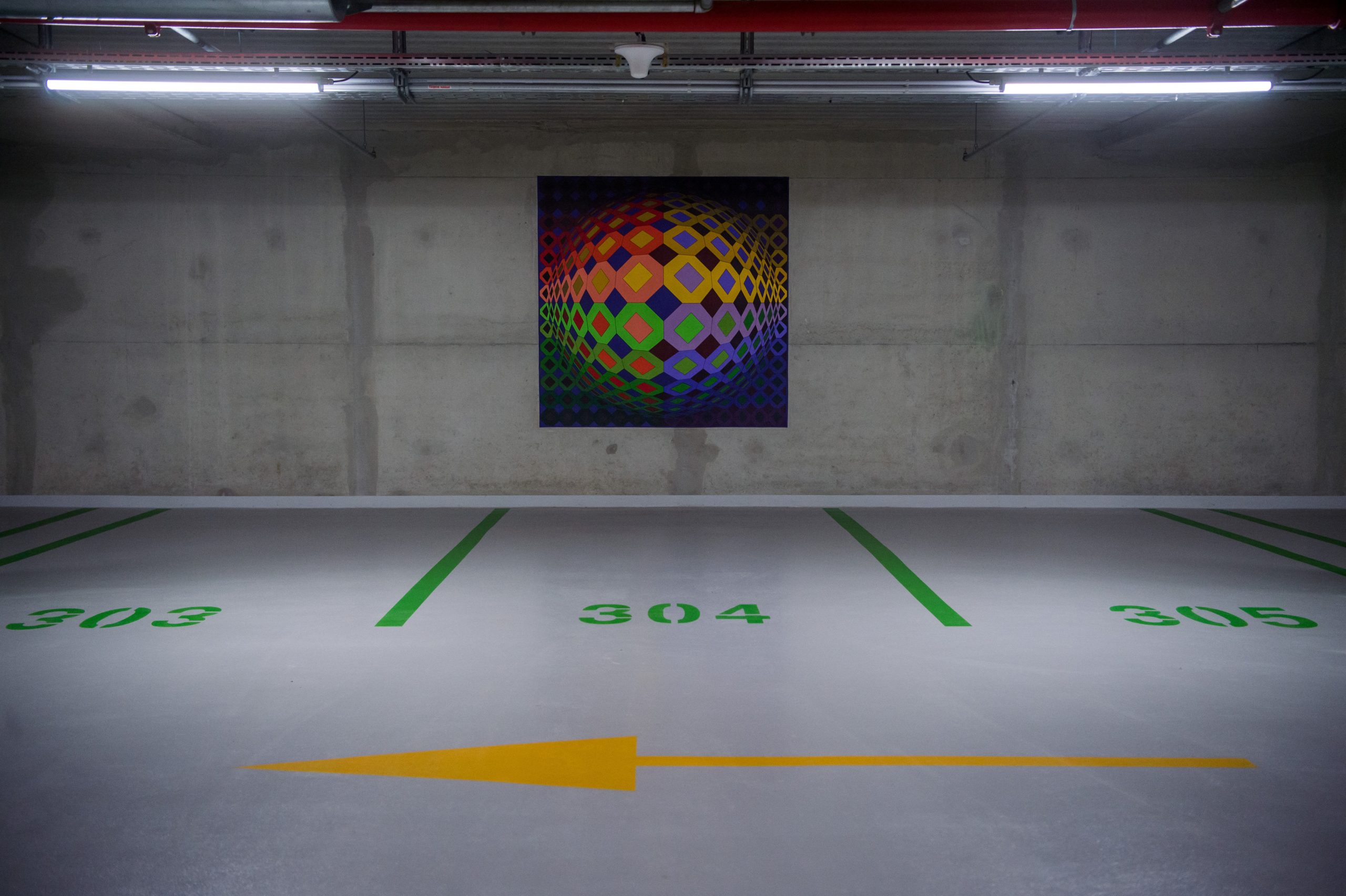 The Liget Budapest Project has reached an important milestone: from Sunday on, an underground car park offers parking spaces for visitors and occupants of the area around the Museum of Fine Arts, the museum quarter, and the promenade above the garage. The three-story underground garage offers spaces for 800 cars and helps divert the traffic from Városliget.

The unique, spectacular special feature of the underground garage, which opened on the Ötvenhatosok Square, is that its interiors are decorated with copies of selected works from well-known Hungarian artists. On the walls you can see the reproductions of the works of twelve outstanding Hungarian masters – these not only increase the visual experience, but also help people to orientate in the car park. 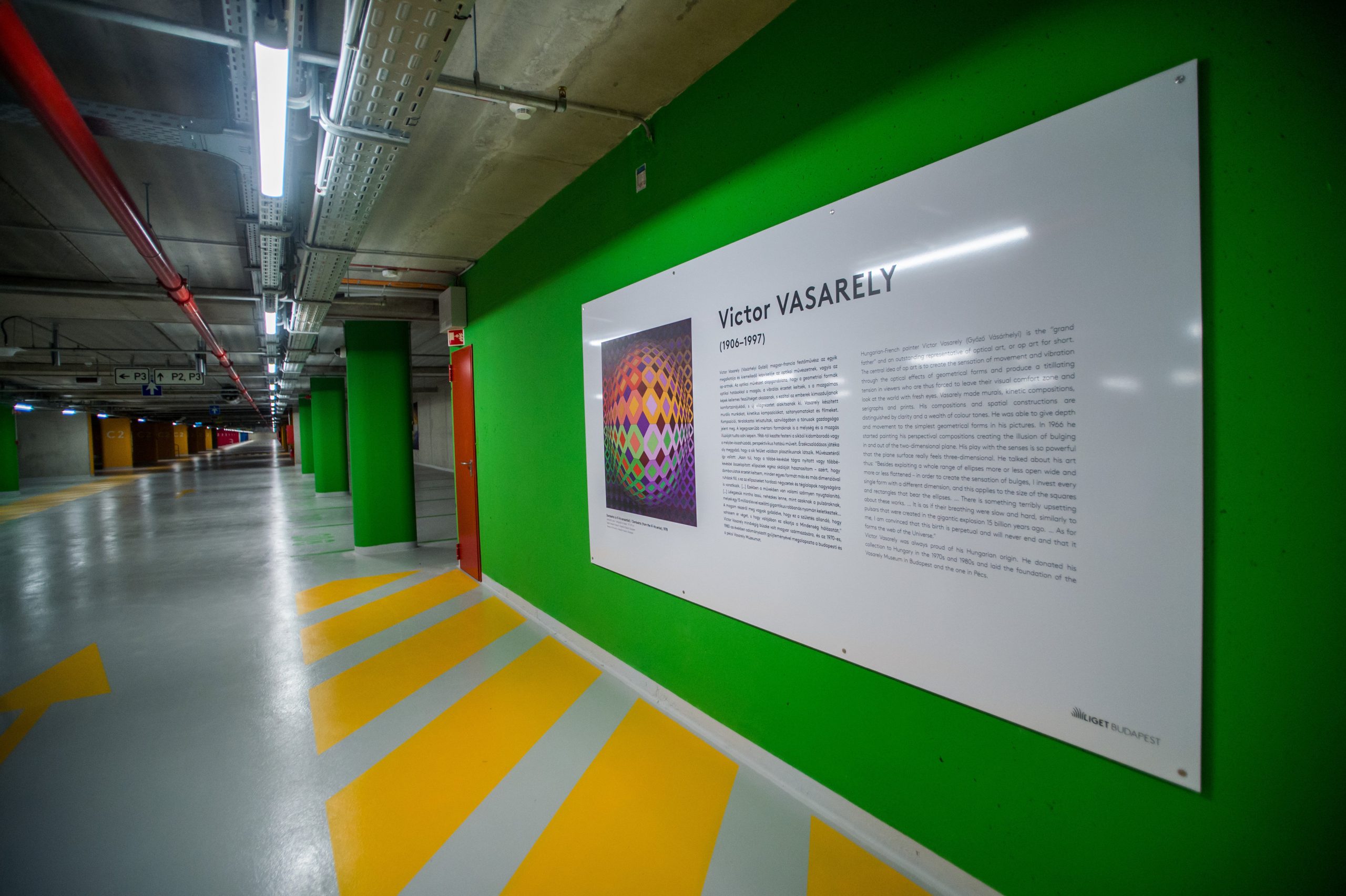 Above the underground garage, more than ten thousand square meters of new green space was created on the site of the former basalt cubic parking lot. In addition to the installation of cozy lights and modern seating, more than 100 deciduous trees, 4,000 shrubs and 40,000 flower bulbs and live plants were planted on the promenade called Városligeti Promenád. The video of the Liget Budapest Project can be viewed here:

The car park was inaugurated on Sunday as part of the Liget Budapest project. Gergely Gulyás, the head of the Prime Minister’s office, said that the square, the former parade ground, is a place of historical significance, and it would finally come into its own with traffic now diverted underground.

He noted that more than 1,000 cars pass by the Museum of Fine Arts each day. The new car park housing 800 bays has points for charging electric vehicles and has separate bicycle storage with changing rooms and showers on the top floor, as well as separate barrier-free parking spaces. 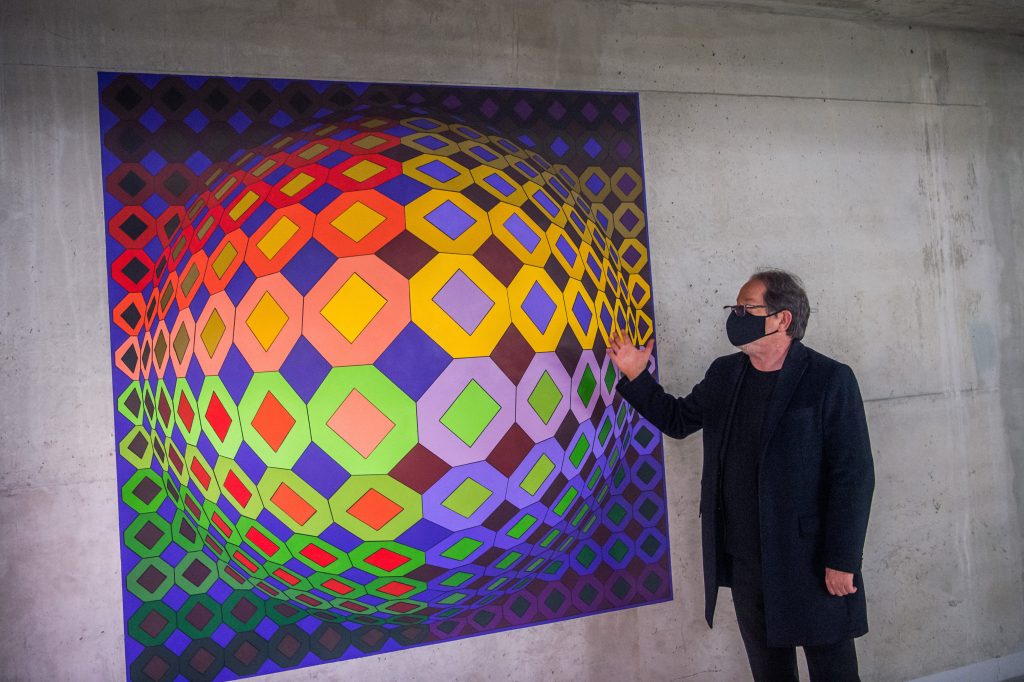 László Baán, the ministerial commissioner in charge of the Liget project, noted the car park will be open to the public from Monday, and it will be free of charge from 7pm to 7am during the coronavirus epidemic. Later on, he promised local residents will receive a discount.

The international jury not only examined real estate development but also the role that music can play in the life of the community of specific cities through the projects nominated for the award.Continue reading