He said that the European Union expects the Hungarian economy to grow by 3.7 percent this year. The government’s GDP growth target, however, is 4.1 percent.

Hungary considers it unacceptable that the scope of the EU’s European Semester report has expanded over the past few years to include areas that have nothing to do with economic governance, such as judiciary issues, Varga said. 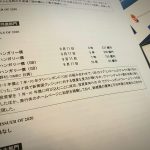