Theater University to Be Shut Down until Feb 1

The supervisory board of the foundation overseeing Budapest’s University of Theatre and Film Arts (SZFE) has ordered the institution to be shut down from Monday until Feb 1, citing unsuitable conditions for continuing classes, enforcing and protecting student rights and ensuring academic autonomy.

“The supervisory board of the foundation has determined that under the current situation, conditions for organising classes, enforcing and safeguarding student rights, ensuring a safe work environment as well as the university’s academic autonomy cannot be met,” a letter addressed to SZFE’s students and staff and posted on the university’s website on Friday evening said.

Because the completion of credits for the courses students had registered for at the start of the autumn semester of the current academic year cannot be verified, the university is not in the position to recognise the credits, the letter, signed by Chancellor Gábor Szarka and acting deputy rector Emil Novak said.

The supervisory board of the Theatre and Film Foundation has asked the SZFE’s leadership to inform the university’s citizens on its decisions and take the necessary steps for extending the academic year. Students should also be given an opportunity to complete their first-semester subjects in the next semesters, it added.

The foundation said a blockade of SZFE’s buildings by students and teachers since early September had prevented the university’s recently appointed leadership from entering the buildings and overseeing the teaching taking place at the institution. 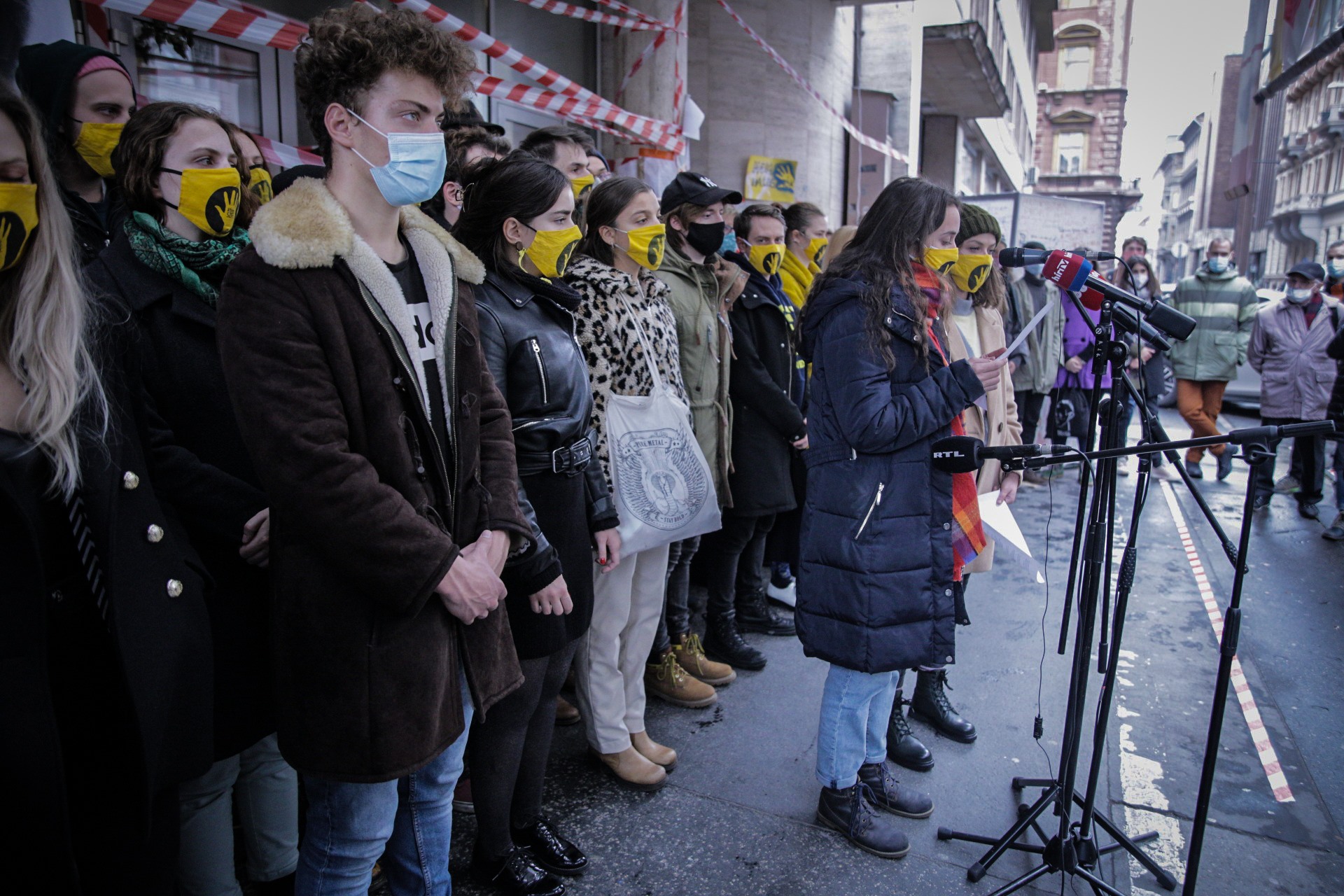 This morning, Gábor Szarka, the new chancellor of the University of Theater and Film Arts, blocked Facebook, the main communication channel of the students and teachers on strike, on the computers of the offices of the university. Later on, he sent instructions from the rector informing students that they moved the autumn break up, so […]Continue reading

The letter said students and teachers had declined talks with the university’s leadership. It said the decision to temporarily shut down the institution would not lead to the suspension of the students’ legal status with the university, neither would if affect student employment contracts or student loan contracts.

Students will not be required to make tuition payments until Feb 1 and may decide whether they want to be refunded the payments they have made this semester or have them be counted towards the spring semester, the letter said.

The foundation’s supervisory board will notify the Education Office of its decisions, it added.

On Monday, SZFE’s students and teachers invited László Palkovics, the minister of innovation and technology whose purview includes universities, for talks to be held on Nov. 11 at the university’s Odry Theatre. 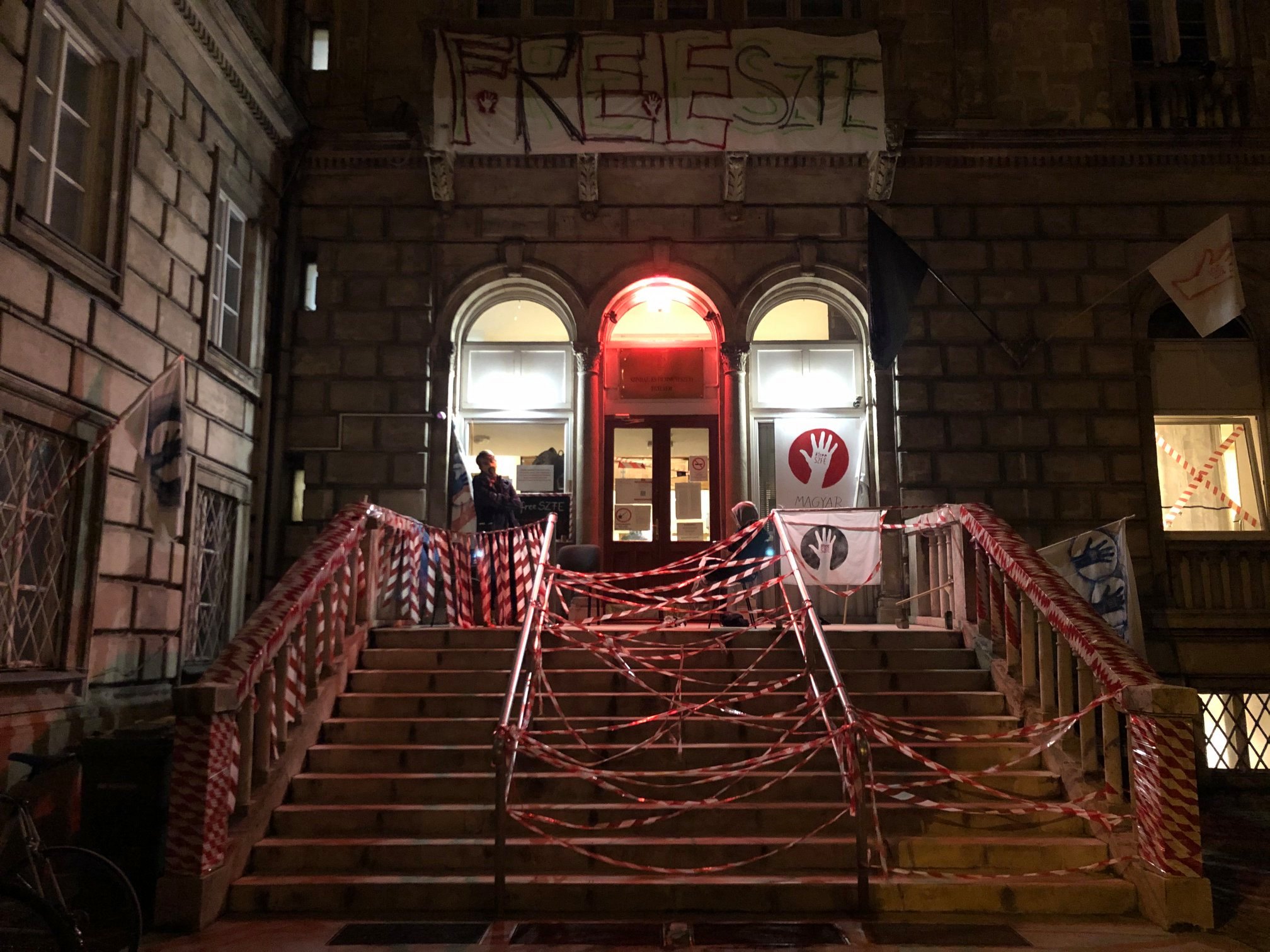 Students and teachers of Budapest’s University of Theatre and Film Arts (SZFE) have invited László Palkovics, the minister of innovation and technology whose purview includes universities, for talks to be held on Nov. 11 at the university’s Ódry Theatre. Students and teachers have held SZFE buildings under blockade since early September and have prevented the […]Continue reading

They told MTI on Friday that the minister had declined their invitation, saying that the government wanted the funds it spends on film and drama education to serve professional, rather than “political goals”.