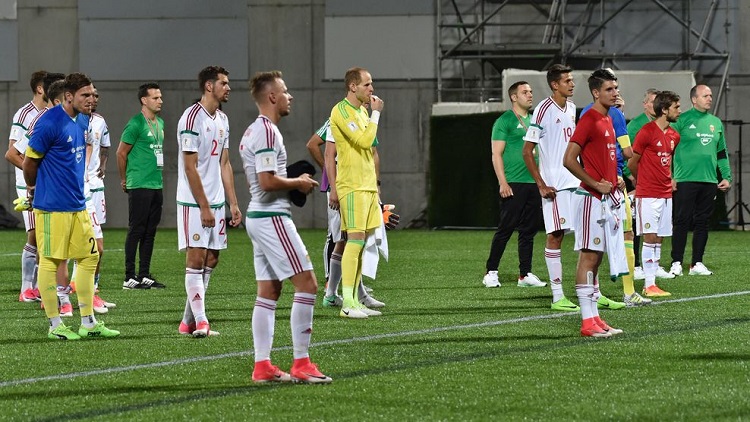 Hungary slipped back 24 places in the FIFA World Rankings from the 33th to the 57th position. The major setback – which marks the Hungarian football’s lowest ranking in seven years –  is primarily due to the embarrassing defeat in Andorra in early June and the national team’s inability to find the net in their last four games. 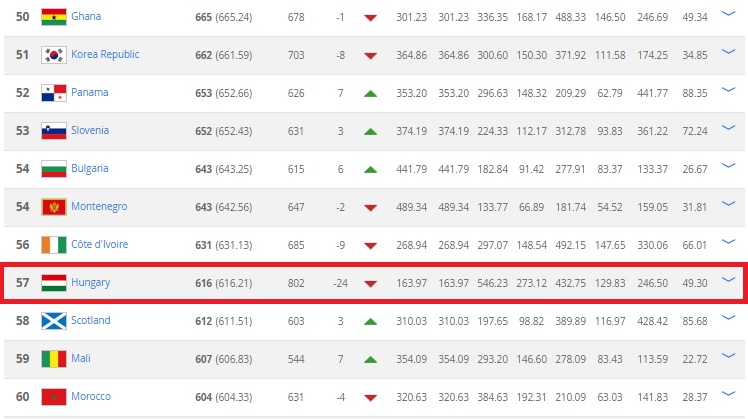 Although Hungary enjoyed a successful Euro 2016 campaign a year ago, the national team started the World Cup 2018 qualification with a poor draw against Faeroe Islands (0-0) in August and suffered a heartbreaking home defeat (2-3) at the hands of Switzerland in September 2016. Later in the autumn, Hungary comfortably defeated Latvia away (2-0) and Andorra home (4-0) before finishing the year with a friendly defeat at the hands of Sweden (0-2). In 2017, Hungary have not scored a single goal despite playing three games: two qualifying away defeats against Portugal (0-3) and Andorra (0-1) and a friendly home defeat against Russia (0-3).

The remaining three games include three home matches against Latvia (08/31) Portugal (09/03), Faeroe Island (10/10) and an away game as well against Switzerland (10/07). Hungary still occupy the 3rd position in their World Cup 2018 qualifying group, however, there is not much at stake as the gap is so big between Hungary and group leaders Switzerland and Portugal, which leaves no chance for the Hungarians to reach the World Cup to be held in Russia next summer. Despite the poor results, national team head coach Bernd Storck has been confirmed in his position by MLSZ chief Sándor Csányi with the aim to build a new team for the Euro 2020 qualifications.

As for the FIFA rankings of the qualifying group rivals, Euro 2016-winning Portugal moved up to the prestigious fourth position, while Switzerland slipped back four places to the still remarkable 9th position. Andorra climbed up by 57 places to reach the 129th position thanks to their historic win over Hungary. Group rivals Faroe Islands and Latvia are ranked 90th and 130th respectively. According to FIFA, currently World Cup 2014 and Confederation Cup 2017 winner Germany are the best football team in the world, leading ahead of Brazil and Argentina.